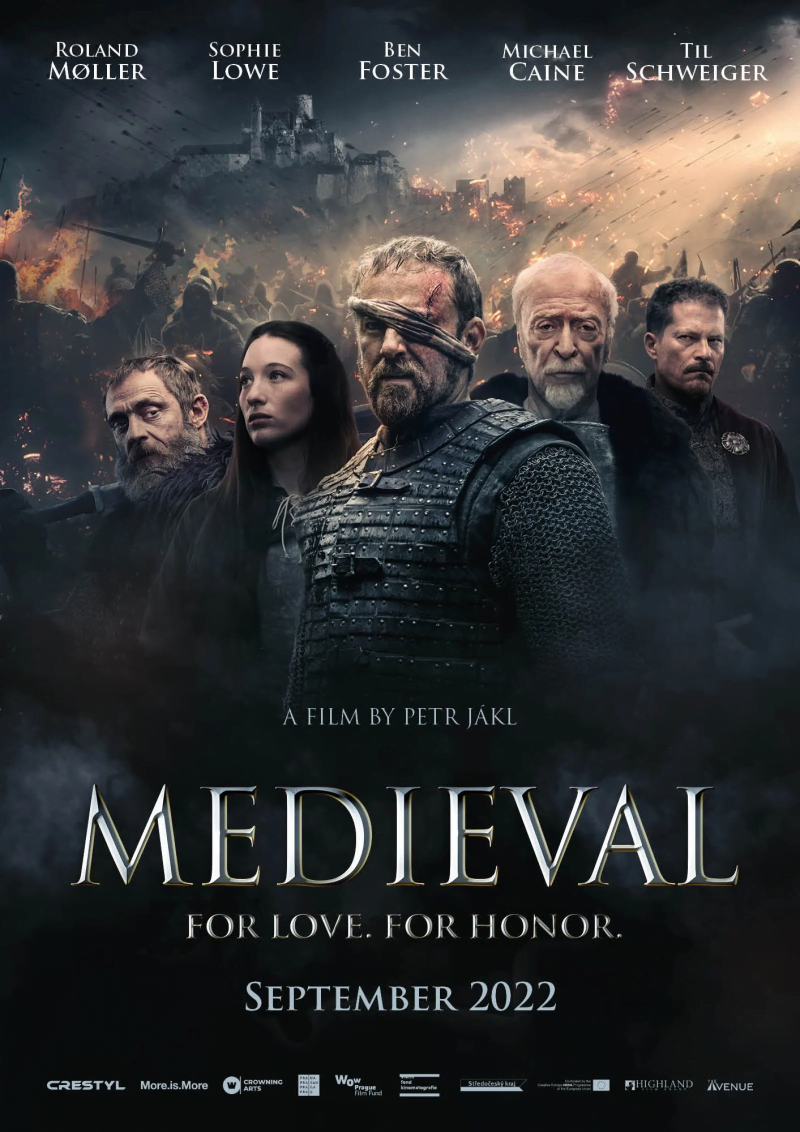 ComingSoon has three Redbox codes to give away for Medieval, the historical drama that stars Ben Foster, Michael Caine, Matthew Goode, and Til Schweiger. The film is now available digitally and will release on DVD on December 6.

“As feuding brothers battle for control of the throne, daring and righteous mercenary leader Jan Žižka embarks on a mission to kidnap Lady Katherine, the fiancée of a powerful lord,” reads the film’s synopsis. “As Katherine becomes caught in a dangerous political game between monarchs, Jan falls in love with her strong spirit and dedication to saving the people. In a brave attempt to liberate her, he fights back with a rebel army, battling the corruption, greed, and betrayal that runs rampant among those clawing for power.”

Medieval is now available digitally and will release on DVD on December 6.