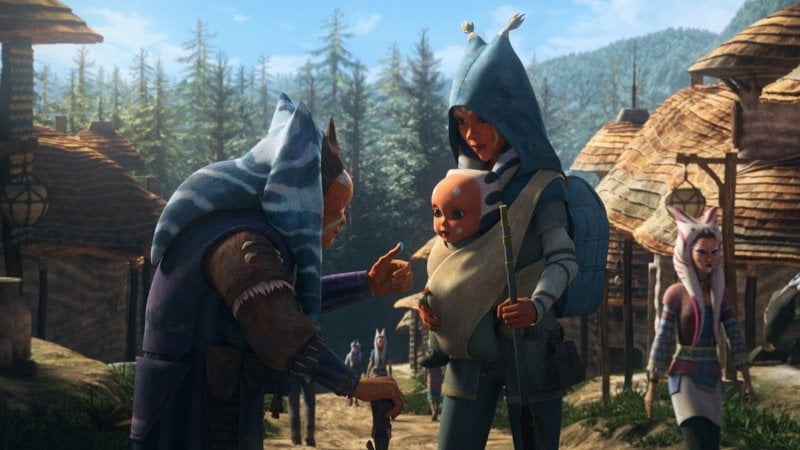 The Star Wars: Tales of the Jedi release date is upon us.

In a matter of hours, Disney+ will release the latest Star Wars series, an anthology of stories involving the Jedi Knights. The animation project comes from The Mandalorian producer Dave Filoni and will see the return of many beloved Star Wars characters, including Anakin Skywalker, Mace Windu, Obi-Wan Kenobi, and more. Here is when to watch the series.

Disney+ set the Star Wars: Tale of the Jedi release date at 3 a.m. ET/12 a.m. PT on Wednesday, October 26. The upcoming six-episode animated series will be essentially broken into two halves. Three episodes will follow Sith Lord Count Dooku and his fall to the Dark Side; the additional three episodes Ahsoka Tano and her journey throughout life.

Past photos from the show have previewed Count Dooku as a Jedi in the modern Clone Wars style, as well as a young Qui-Gon Jinn, assumedly from his time as Dooku’s apprentice. Kevin Kiner, who composed the music for the Clone Wars series, Rebels, and The Bad Batch, will be composing the score for Tales of the Jedi.