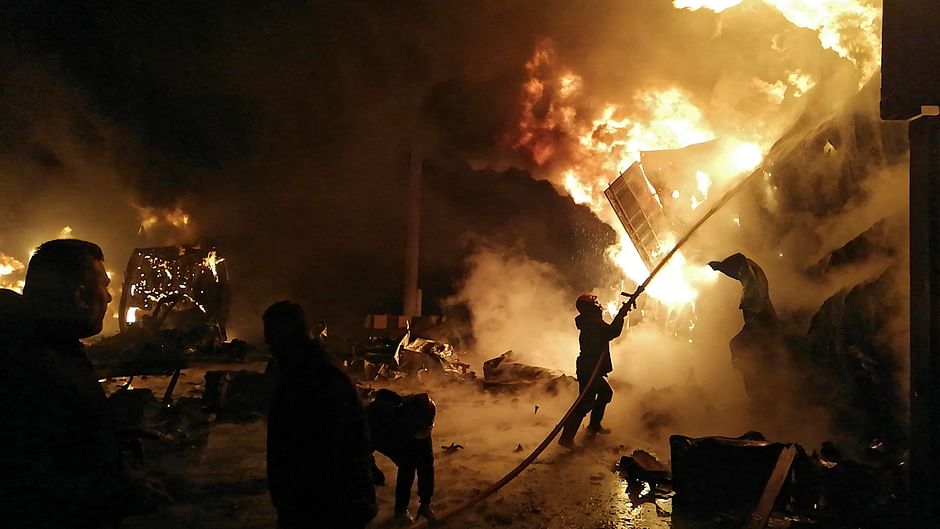 An Israeli air strike hit Syria’s Latakia port before dawn on Tuesday, sparking a fire that lit up the Mediterranean seafront in the second such attack on the key cargo hub this month, Syrian state media reported.

Since the outbreak of Syria’s civil war in 2011, Israel has routinely carried out air strikes on its strife-torn neighbour, mostly targeting Syrian government troops as well as allied Iran-backed forces and Hezbollah fighters.

But it is only the second time it has hit the port of Latakia, in the heartland of President Bashar al-Assad’s minority Alawite community.

“At around 3:21 am, the Israeli enemy carried out an aerial aggression with several missiles from the direction of the Mediterranean… targeting the container yard in Latakia port,” Syrian state news agency SANA cited a military source as saying.

The strike caused “significant material damage”, it added. Asked about the strike, an Israeli army spokesman said: “We don’t comment on reports in foreign media”.

Pictures released by SANA showed firefighters training hoses on stacks of blazing containers that lit up the night sky. The news agency said the containers were carrying “engine oil and spare parts for cars and other vehicles”.

But Britain-based war monitor, the Syrian Observatory for Human Rights, said the cargo was “arms and munitions,” which had detonated in “powerful explosions that were felt across the city of Latakia and its suburbs”.

It said it was unclear whether the arms were from Iran or some other supplier. Latakia governor Ismail Hilal said firefighters had brought the blaze under control by midday and were dousing the embers, SANA reported.

It is the second time this month that Israel has attacked the container yard at Latakia port. The Syrian government’s other major ally, Russia, operates a naval base in the port of Tartus, 85 kilometres (53 miles) to the south.

So far this year, Israel has targeted Syria nearly 30 times, killing 130 people including five civilians and 125 loyalist fighters, according to Observatory figures.

On 7 December, it carried out a strike targeting an Iranian arms shipment in Latakia, its first on the port since the start of the civil war. While Israel rarely comments on individual strikes it carries out on its northern neighbour, it has acknowledged mounting hundreds since 2011.

According to a report by the Israeli army, it hit around 50 targets in Syria in 2020. In the deadliest operation since the strikes began, Israel killed 57 government troops and allied fighters in eastern Syria in January this year.

The Israeli military has defended the strikes as a necessary measure to prevent its arch-foe Iran from gaining a foothold on its doorstep. Israel’s head of military intelligence, Major General Aharon Haliva, has accused Iran of “continuing to promote subversion and terror” in the Middle East.

In a shadow war, Israel has targeted suspected Iranian military facilities in Syria and mounted a sabotage campaign against Iran’s nuclear programme.

Iran has been a key supporter of the Syrian government in the decade-old conflict. It finances, arms and commands a number of Syrian and foreign militia groups fighting alongside the regular armed forces, chief among them Lebanon’s powerful Hezbollah group.

The conflict in Syria has killed nearly 500,000 people since it started in 2011 with the brutal repression of peaceful demonstrations. 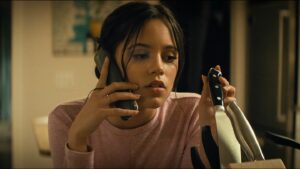 ‘I Never Thought This Would Happen’: [Spoiler] Now Holds The Challenge: All Stars Champion Crown