One small step for a toddler, one giant leap for the Cannon family.

Nick Cannon proudly shared a video of his son Zillion Heir taking his first steps on Instagram on July 10, but the accomplishment didn’t come easy.

In the reposted TikTok from Abby De La Rosa, the dad-of-eight is seen trying to coach their 13-month-old, who unsteadily tries to walk over to his mom.

“We tried the Mexican myth that if you give your baby two limes to hold, they’ll walk,” Abbey explained in the adorable video. However, the approach wasn’t very effective as Zillion was seen falling down, throwing the fruit and crying.

Then, “Nick suggested we put some sauce in his walk,” she continued. “It worked.”

Just like that, with the help of some green packaged sauce held out in front of him, Zillion found his footing and started walking like a pro.

In the clip, the toddler’s twin sister Zion Mixolydian can briefly be seen standing on her own in the background, clearly having mastered the skill earlier.

In addition to Zillion and Zion, Nick shares 11-year-old twins Moroccan and Monroe with ex-wife Mariah Carey; and son Golden, 5, and daughter Powerful Queen, 19 months, with Brittany Bell. He welcomed his seventh child, son Zen, with Alyssa Scott in June 2021, but he died from brain cancer five months later. 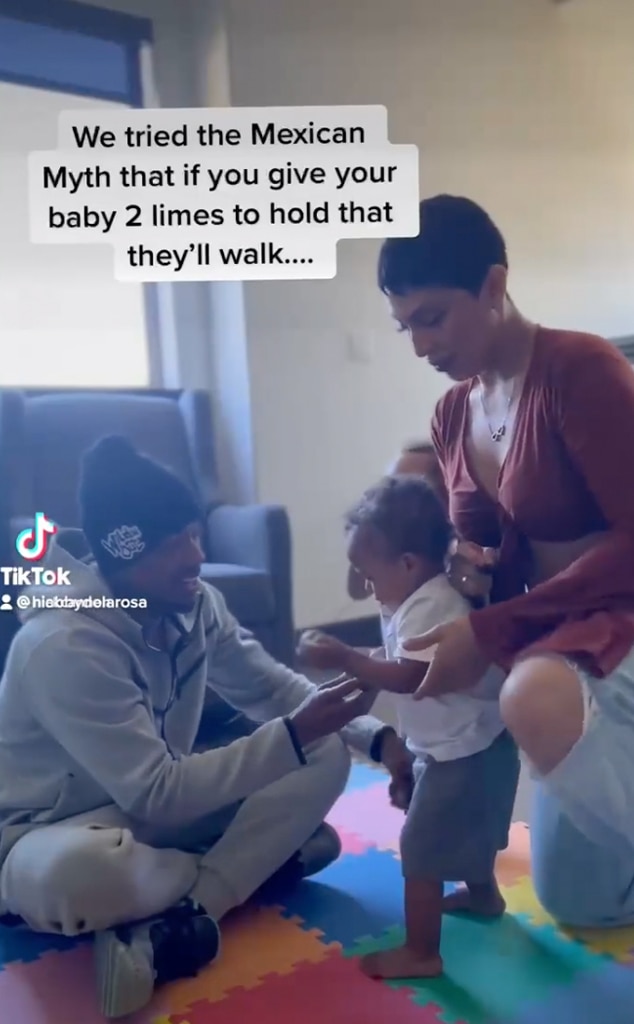 In April, Nick revealed he is expecting baby No. 8 with model Bre Tiesi later this year.

Abbey is also currently pregnant, and while she has yet to confirm the paternity of her baby, The Masked Singer host has hinted he is the father.