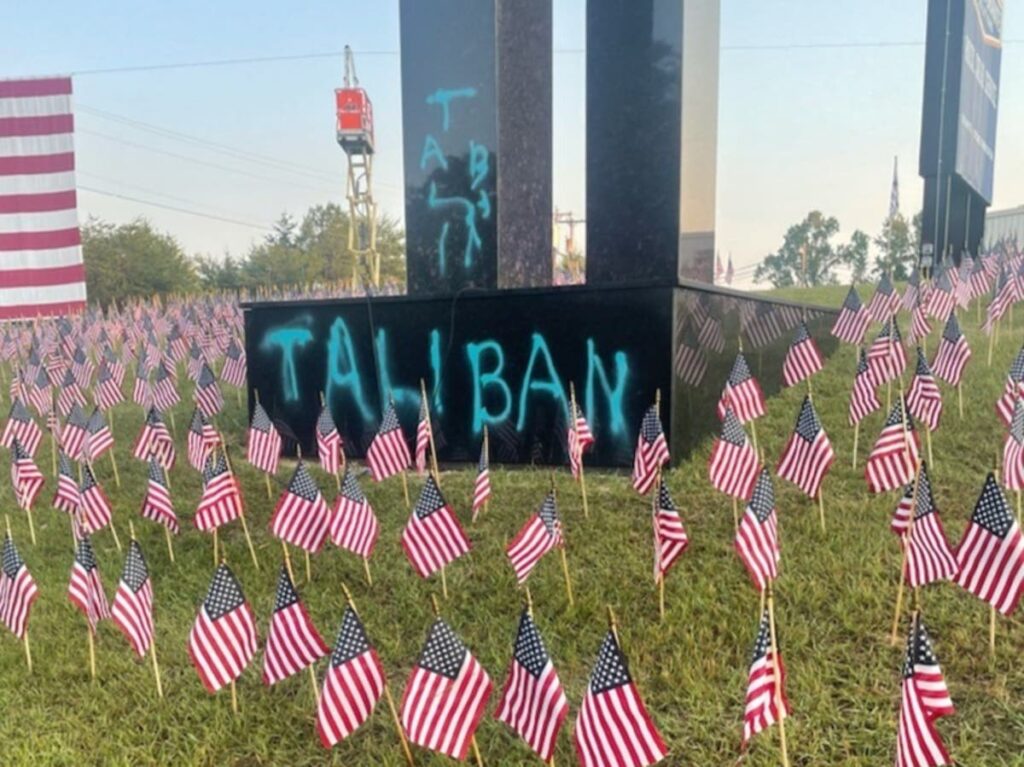 A 9/11 memorial in Greenville, South Carolina has been defaced with the word “Taliban” spray-painted onto a pair of granite slabs shaped like the World Trade Center’s Twin Towers.

Upstate Granite Solutions, a company which designs, builds and installs granite countertops, owns the monument which was defaced late on Saturday, the 20th anniversary of the September 11 attacks.

The base of the monument had the word “Taliban” spray-painted in two locations.

On Sunday the company posted photos of the damage on Facebook, writing that it “takes more than a little spray paint to destroy our spirit of patriotism”. The company said the “damage was minimal” and that it has since been cleaned off.

CEO Paul Nichols said the company began working on the memorial a month ago so that it would be ready for the 20th anniversary. He said the towers – a pair of 4,000lb granite slabs filled with concrete that are 13 feet tall on a 2.5ft base – were completed on Wednesday.

Mr Nichols said the memorial has attracted hundreds of people since being finished, particularly at night when the monument is lit up and can be seen from 25 miles away.

“Apparently during the night on Saturday night, someone came through and spray painted the base of the monument and one of the towers with spray paint,” he said.

“I received a message from a community member saying that the monument had been vandalized.”

The CEO said that he was out of town when he learned of the vandalism but his employees alerted the Greenville County Sheriff’s Office and filed a report.

The Independent has reached out to the sheriff’s office for comment.

“After they completed their report we were able to get the spray paint removed with chemical cleaners,” Mr Nichols said.

He said the company received an outpouring of support from the community after the photos of the vandalism were shared online.

“We spent the time and money on this monument in order to bring our community together and unite over the memory of those who died in the attacks 20 years ago, as well as those first responders who willingly laid down their lives to serve others,” he said.