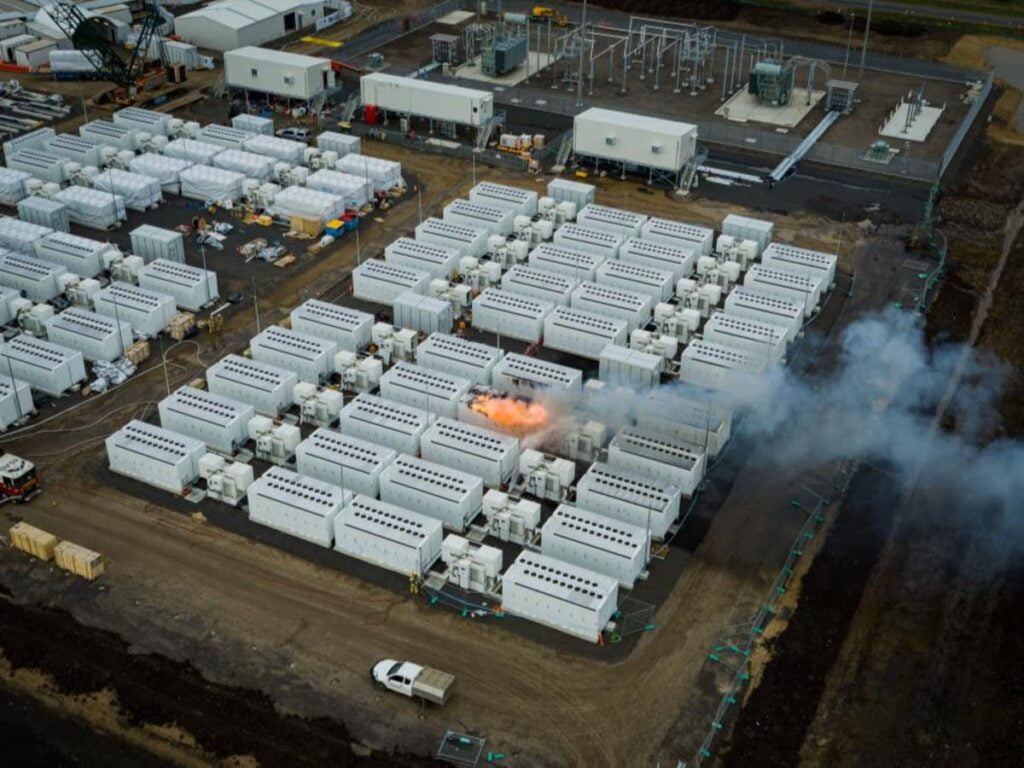 A fire at one of Tesla’s Megapack battery farm projects in Australia burned for almost four days.

It took about 150 firefighters and 30 fire trucks to control the blaze in at least two of the 13-tonne lithium batteries housed inside shipping containers at the Victoria Big Battery project, according to the Country Fire Authority.

Each Megapack holds 3 MWh of max energy at the battery bank near Geelong, about 46 miles southwest of Melbourne, owned by Neoen and designed to store 300 megawatts of energy from solar panels or wind turbines.

While Tesla and Neoen did not immediately respond to a request for comment, the managing director for Neoen Australia, Louis de Sambucy, told Australian Associated Press that its own “physical inspections and investigations are now underway” into the cause of the fire.

It was not clear whether the fire would impact the scheduled date operations are expected to begin at the plant, which is made up of 210 Megapacks, by the end of next year.

Country Fire Authority incident controller Ian Beswicke said in a statement the fire was a “challenging situation” given the complexity of the site and the Megapacks themselves. While the fire began in one Megapack on Friday, 30 July, it spread to a second before the fire was controlled the following Monday.

“This is the first Megapack fire that’s ever happened in the world, is our understanding,” he said.

“They are difficult to fight because you can’t put water on the Megapacks … all that does is extend the length of time that the fire burns for.”

He said Tesla recommended how to approach the fire, by cooling everything around the burn so it couldn’t spread, and letting it burn itself out.

A scientific officer and specialist drones were deployed to conduct atmospheric monitoring and a warning was issued in neighbouring areas of Bell Post Hill, Lovely Banks and Moorabool after the batteries burned over the weekend.

Mr Beswicke said fire crews will remain on the scene for the next 24 hours in case the batteries reignite in the damaged units.