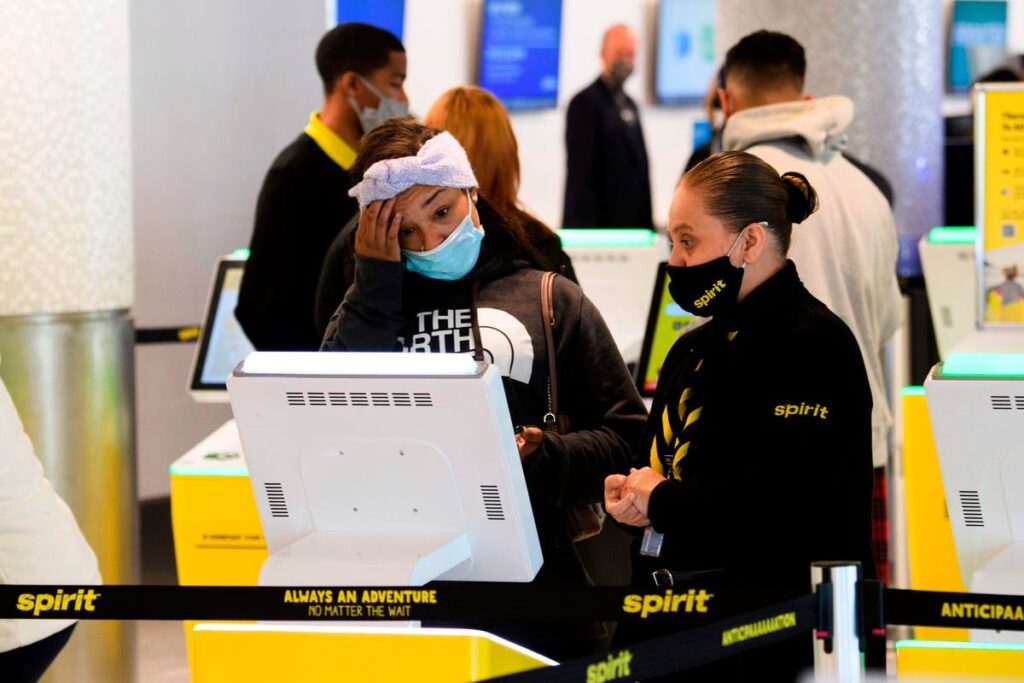 American Airlines, meanwhile, cancelled more than 500 flights and another 782 were delayed due to weekend storms and “operational challenges”, according to CBS News.

A Spirit Ailines spokesperson said the airline was working to find solutions for affected customers, which were on 227 cancelled flights and another 58 delayed, per data from the tracking website FlightAware.com. It came after 165 flights were cancelled on Sunday.

“We’re working around the clock to get back on track in the wake of some travel disruptions over the weekend due to a series of weather and operational challenges,” spokesperson Field Sutton in a statement to The Miami Herald.

“We needed to make proactive cancellations to some flights across the network, but the majority of flights are still scheduled as planned.”

Spirit Airlines is directing affected customers to check their email before leaving for the airport to confirm whether their flight has been cancelled or delayed.

The fastest way to receive direct assistance from the airline is through their webchat platform, they said.

“I think the question of why it’s happening is a combination of weather with afternoon storms and lightning; airline staffs are reduced by Covid not just here but across the nation and you’ve got a huge spike in travel,” she said

Videos and images online showed lines of people stranded or waiting in extended lines after their flights were cancelled or delayed.

“When #spiritairlines leaves you stranded in Puerto Rico with no employees in sight and holds your luggage and money hostage,” tweeted one passenger. “We were stuck overnight with no clothes or essentials for our 3 or 1 year olds and are still without answers and searching for flights.”

In Los Angeles, the terminals were “packed” and lines spilled out onto the sidewalk, said another.

The Associated Press contributed to this report.