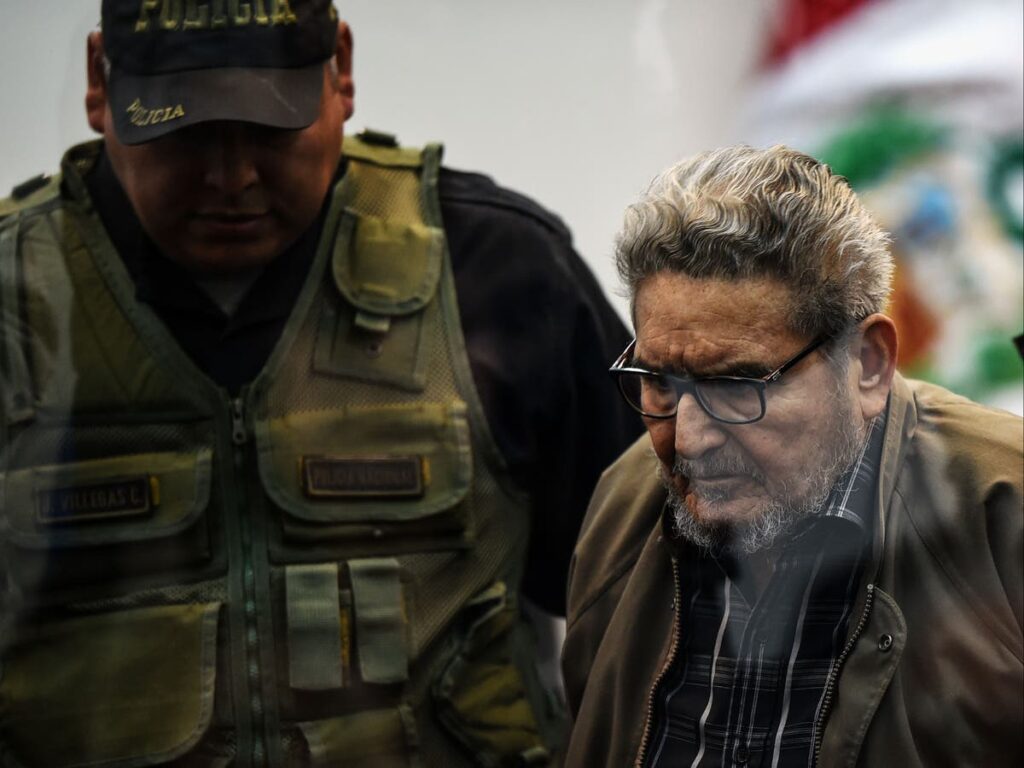 The leader of the Maoist terrorist group Shining Path, which waged a decades-long insurgency to overthrow the government of Peru, has died in prison.

Abimael Guzman, who was captured in 1992, died on Saturday in a military hospital after an illness, the Peruvian government said.

The former philosophy professor, who founded the brutal rebel group in 1980, was 86 and had been suffering from an infection, Peru’s justice minister Anibal Torres said.

Inspired by Mao Zeodong’s Cultural Revolution in China, Guzman returned to his native Peru in 1980 determined to use violence to implement his vision of a Marxist society.

He led the Shining Path guerrillas for 12 years as they used bombings, assassinations and massacres of civilians in an effort to defeat Peru’s democratically elected government and install a dictatorship of the proletariat.

Mostly active in Peru’s Andean highlands, Shining Path did attract some support from poor peasant farmers, especially through vicious kangaroo courts known as “popular justice” which dispensed the death penalty to supposed enemies of the people in show trials.

At its height in the early 1990s, the guerrilla group controlled last swathes of the countryside in central and southern Peru, and has also carried out numerous deadly terrorist attacks in the country’s urban centres too, targeting politicians, trade unions, other rival leftist groups and aid workers.

Some 10,000 militants were believed to be fighting for the Shining Path at the time and two-thirds of Peru’s citizens were living under some kind of emergency martial law as the state battled against the insurgency.

But in September 1992, an elite special forces unit of the Peruvian police tracked Guzman down to a comfortable house in the capital Lima and arrested him.

A year later Guzman was calling for peace talks, but by this time his 13-year insurgency had claimed the lives of tens of thousands of Peruvians – mainly the rural peasants Shining Path claimed to be fighting for – and displaced as many as 600,000 people.

Although Shining Path continued to wage sporadic war against the state after Guzman’s arrest, the loss of the man known to his followers as Presidente Gonzalo hollowed out the rebels and the group was gradually defeated in region after region by Peru’s security forces.

Some of Guzman’s acolytes built a political movement calling for amnesties for all “political prisoners” detained during Peru’s bloody internal conflict, but it drew very limited support from the public.

Some armed remnants of Shining Path persist to this day, occasionally attacking police or military units in remote jungle areas and working as security for drug cartels.

Guzman was imprisoned for life in a special maximum security prison constructed for him on the shore of the Pacific Ocean. In 2010 he married his second wife, Elena Iparraguirre, who was Shining Path’s second in command and jailed alongside him.

Few Peruvians are likely to mourn the man responsible for launching a vicious civil war which claimed so many lives.

The Shining Path “murdered thousands of innocents and undermined the peace of the country. We do not forget the horror of that time, and his death will not erase his crimes,” Economy Minister Pedro Francke said, after Guzman’s death was announced.