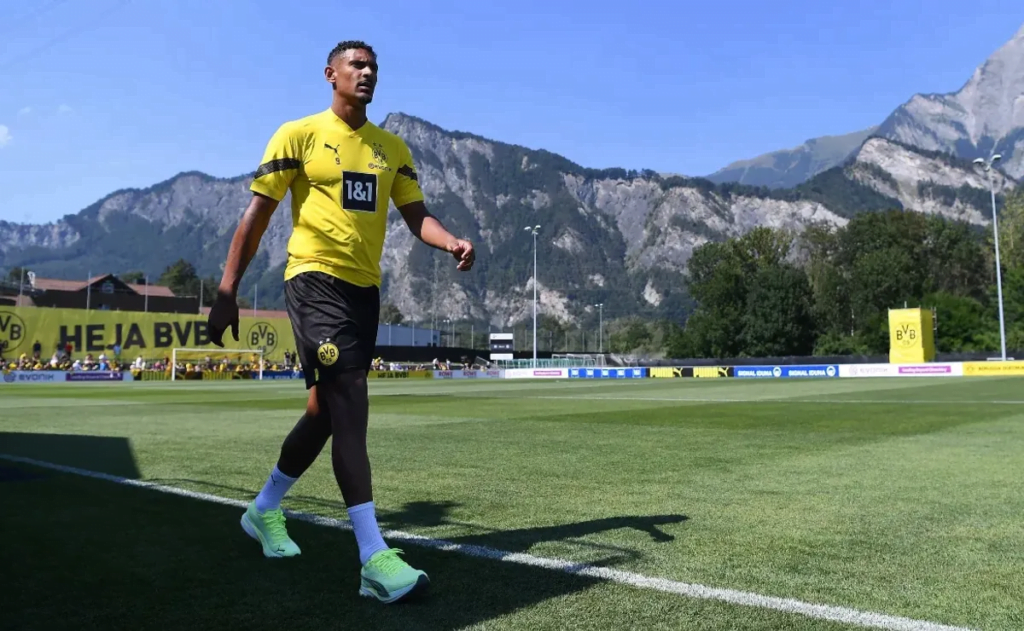 Borussia Dortmund striker Sebastien Haller returned to training three months after surgery for a cancerous tumor. The French forward underwent treatment for testicular cancer in July. Haller only just joined Dortmund from Ajax in a deal worth around $34 million this summer.

Although he made the switch away from the Dutch giants, Haller resumed training with Ajax. The 28-year-old striker asked to practice with the Eredivisie leaders because of the proximity to his rehabilitation. Ajax head coach Alfred Schreuder gladly agreed.

“He asked us if he could come and train because he was rehabilitating here,” Schreuder said during a recent press conference. “Then it’s of course wonderful that he can be there for a while. He was able to train on a different pitch to help with his recovery.”

Haller also spoke recently about the process of his treatment. “I spend five days at a time at the hospital, where I am hooked up 24/7, I can’t get out of bed while the treatment is being injected into my body,” Haller explained to UEFA. “Then, I get two weeks of rest. That’s one phase, and I have to do that four times. Four phases of chemotherapy lasting roughly three weeks each.”

“After that, depending on how my cancer is progressing and how it is spreading, I may be forced to undergo surgery,” continued the striker. “A lot of people are asking me when I will be back, but there’s a lot to take into account so it’s hard to give them a straight answer.”

Haller only spent 18 months at Ajax before switching to Dortmund in July. However, the Frenchman managed to score 47 goals in just 66 games with the Amsterdam club. His outstanding play helped Ajax win back-to-back Eredivisie titles before he left for Germany.

An exact timeframe on when Haller can play competitive matches again can be a bit difficult to determine at the moment. Nevertheless, if additional surgery is not needed after chemotherapy, then it could be sooner rather than later.