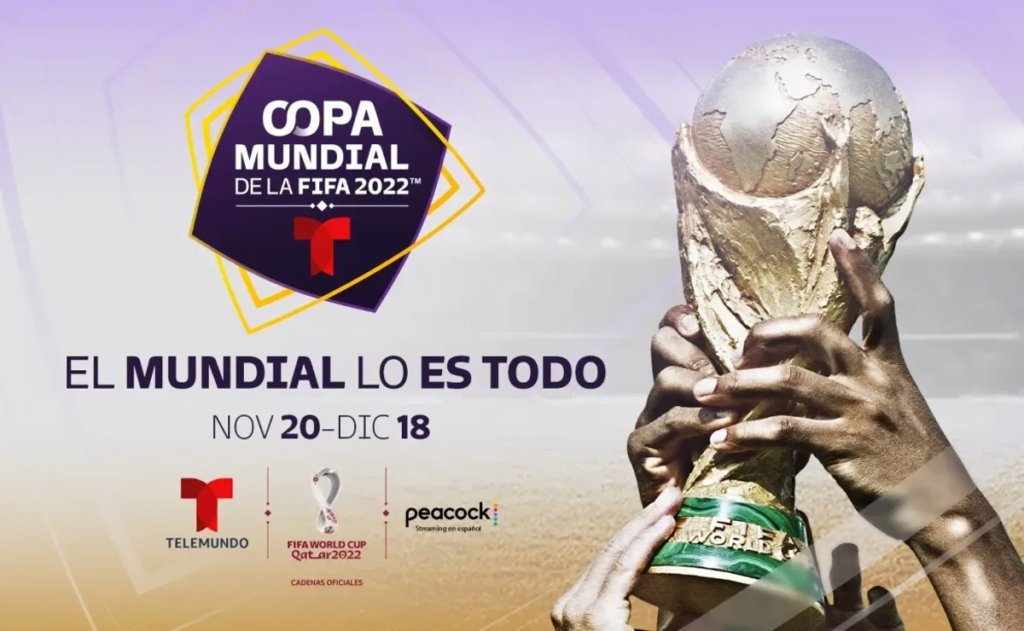 Telemundo released its World Cup ad campaign for the upcoming tournament, and you will not forget where the event is.

To commemorate the coverage of the tournament, Telemundo released its ad campaign for the World Cup titled “Hear the Call.” Of course, this is a play on the ‘calls’ for the World Cup, led by Andres Cantor and the rest of the commentator team. However, in the ad, it also signifies Cantor saying “Qataaaaar” in his famous “goooool” calls. From there, the entire studio team for Telemundo starts saying Qatar as if it were a massive goal just scored.

You can watch the Telemundo campaign down below, featuring a number of familiar faces and voices.

As seen in the video, not everyone is physically at the Telemundo studio. In fact, Telemundo traveled to four countries to film with each individual in the spot. There, Telemundo created individual profiles on each member of its broadcast team. Each person also provided insights and predictions into the upcoming World Cup, while adding their best World Cup memories over the years.

It is an entertaining ad, with no shortage of emotion, as is the standard for Telemundo’s lively broadcasts. Plus, the futuristic feel However, there is no mention of Qatar itself outside of the name of the country. Traditionally, broadcasters are happy to show some inclination of the host. That could be the beaches of Brazil, the novelty of South Africa or the history of Germany. However, there is no visual reference of Qatar. That could have been the Souq Waqif marketplace that hosts Telemundo during the World Cup, or just elsewhere around the country.