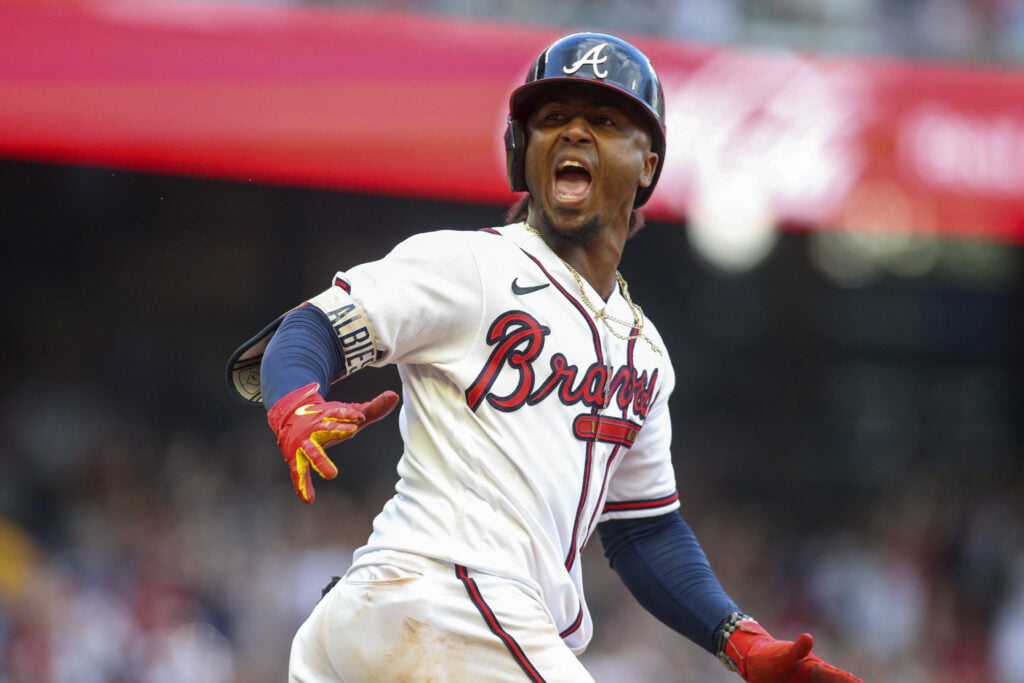 Ozzie Albies took infield practice around second base ahead of the Atlanta Braves opening a three-game series against the Colorado Rockies at Truist Park on Tuesday night. It’s another step toward his return from a fractured foot he suffered in mid-June in a game against the Washington Nationals.

Now, as the Braves enter the final full month of the 2022 MLB regular season trailing the New York Mets by 3.0 games in the National League East, the 25-year-old Albies is preparing for a rehab assignment after joining the Braves on their last road trip through Pittsburgh and St. Louis.

“Ozzie loves playing baseball,” Atlanta manager Brian Snitker said. “He was excited, coming with us on the road trip and just kind of changing the scenery. He did a lot of work on the road early and during BP (batting practice) so he will be ready to go.”

What are the next steps for Ozzie Albies to return to the Atlanta Braves?

Snitker said that the Braves are planning on Albies going out on his rehab assignment to Triple-A Gwinnett “if everything goes right” on Friday (Sept. 1). If Albies progresses as expected, the unofficial timeline could potentially have Albies back in the lineup before a road trip the following weekend that takes the Braves through the second part of a West Coast swing that begins in Oakland and ends in Seattle and San Francisco.

After this current homestand, Atlanta next plays at Truist Park on Sept. 16 against the Philadelphia Phillies.

The return of Albies will cause an interesting chain reaction for the Braves in their lineup as rookie Vaughn Grissom has stepped into the second base role and posted a .324/.361/.500 slash line in 68 at-bats since his MLB debut on Aug. 10.

Grissom does have experience in the minors at shortstop and third base, giving Snitker the option to move him around if needed once Albies is back.

“We’ve talked about it. You have to have a plan,” Snitker said. “Those things seem to work themselves out. Having too many players is a good thing.”