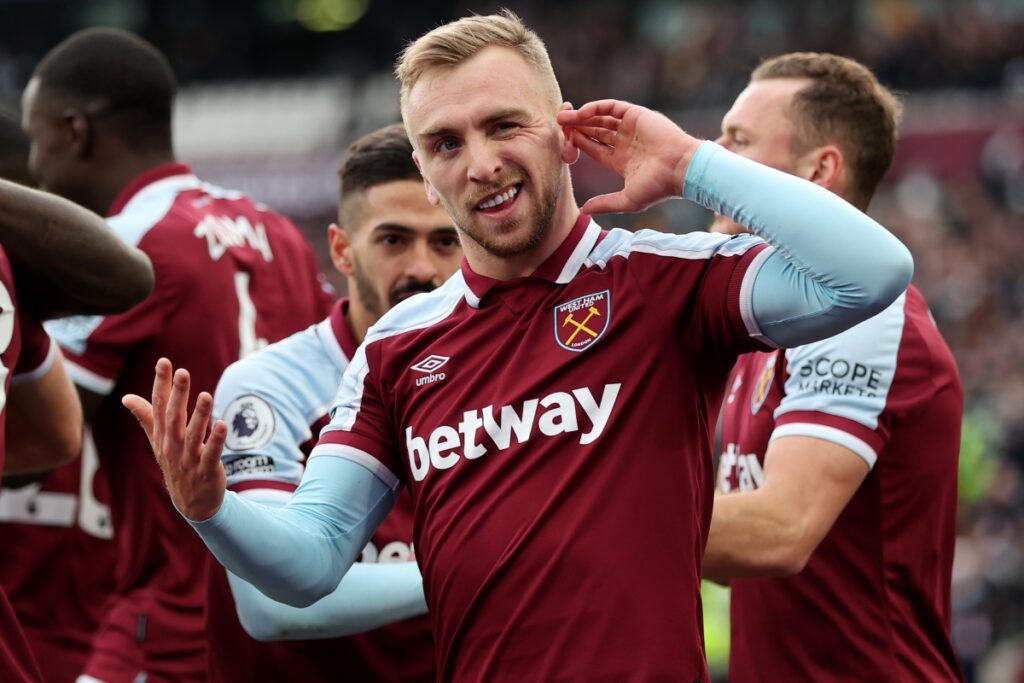 West Ham United manager David Moyes believes that Jarrod Bowen is on the brink of an England call-up after the winger inspired the Hammers to a 2-0 victory over Leeds United in the third round of the FA Cup.

The three-time FA Cup winners are rewarded with a trip to the sixth-tier and lowest-ranked side left in the competition, Kidderminster Harriers after they shocked Reading to reach the fourth round.

“If he keeps playing at the level he’s playing at he’s going to get closer,” said boss Moyes.

“The competition is so strong in that position, but if you’ve got wide players who score goals and make assists he’s got a chance.

“Hopefully he’ll keep that pressure on Gareth [Southgate]. As a manager, you enjoy the thought of helping someone become an international.

“We’ll keep pushing Jarrod, keep trying to get him scoring and improve his game, and hopefully get him an England cap.”

The 25-year-old has registered six goals and eight assists in 29 appearances in all competitions this season, firing West Ham to within a point of the top four and into the knockout stages of the Europa League.

Bowen arrived at the London Stadium from Hull City in January 2020 for an initial £18m, with an additional £7m in potential add-ons, and has made over 80 appearances in his two years in the capital.