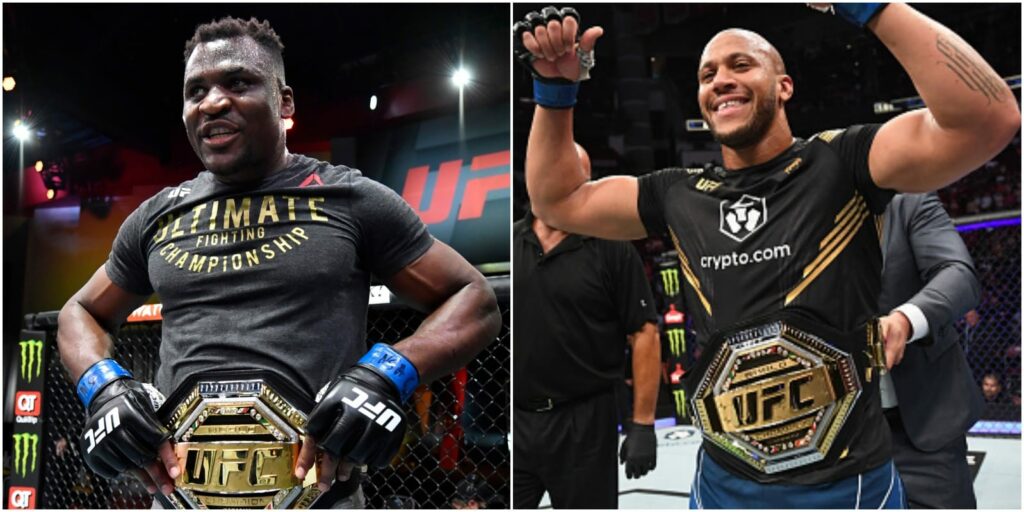 In the world of combat sports, the path to the championship is often blurry at best. While performance in the heat of competition is ideally the determining factor, any serious observer knows there are many components in deciding who is awarded a title shot and who is forced to wait their turn.

In October of 1991, Ray Mercer and Tommy Morrison were two of the most promising young prospects in heavyweight boxing. Both men were undefeated inside the ring and Morrison had starred as heavyweight champion, Tommy Gunn, in Rocky V the year before. While neither man had been promised a title shot by the sanctioning bodies, there were whispers that whoever emerged victorious would face the winner of Holyfield vs. Tyson, which was scheduled for November of that year.

The unpredictable nature of combat sports made itself known once again, and nothing went according to plan. Not only did Mercer knock Morrison out in a surprisingly one-sided affair, but neither man would go on to face the winner of Holyfield vs. Tyson. The bout for the undisputed heavyweight crown was delayed when Tyson pulled out due to a rib injury. Mercer would go on to lose to the much older former champion, Larry Holmes, who was on the comeback trail. Holmes would go on to lose to Evander Holyfield in a bout for the championship. And so on, and so on…

Fast forward to 2021 and combat sports is still just as unpredictable as it ever was. Outcomes of fights can be altered with one blow that sends an opponent to the canvas or the mat, unable to recover before being counted out. Heavyweights remain the most likely to win or lose a fight by stoppage. The sheer size and power of the men involved dictates that one of them is bound to land a shot that ends the contest.

In the world of combat sports, mixed martial arts has emerged as a brand equally as capable of generating pay-per-view buys and selling out arenas as boxing. While the leading organization in the sport, The UFC, has produced several compelling champions over the years, none have been as versatile as the current heavyweight champion, Francis Ngannou. Not only is he a powerful man, capable of sending his opponent crashing to the ground with well-timed strikes, he is also skilled with his feet. He can often be seen wearing down his opponents with calf kicks early in the fight. Those kicks are not only good for scoring points on the judges’ scorecards, they exhaust the other fighter by inflicting consistent nagging pain in their legs. If the fight goes to the mat, Ngannou has become an excellent grappler. Due to his size, power and versatility, “The Predator” is viewed as nearly invincible by some in the media. And yet there are several men who would like a crack at him.

Two of the men who would like nothing better than to climb into the octagon with the reigning UFC heavyweight champion are Derrick Lewis and Ciryl Gane. On August 7th, they fought at the Toyota Center in Houston to determine the interim UFC heavyweight champion. This time the implications were clear; win this fight and get a shot at Ngannou. In essence the championship belt was just two wins away.

Before the bout, Gane made headlines by stating that he would put on a “masterclass” against Lewis. For his part, Lewis had the rare advantage of fighting for the belt in the city he called home. Anyone whose ever competed in a sport at a high level can attest to the fact that hometown advantage can easily turn into hometown disadvantage. Sometimes, friends and family forget that gameday routines, training and preparation take precedence over making sure distant relatives get tickets to the event. Regardless of whether or not this played a factor, Ciryl Gane stayed true to his word and put on a dominant performance against Lewis on August 7th. His third round stoppage of Lewis was a one-sided affair that left little doubt as to who the number one contender in the heavyweight division should be.

The date for Ngannou versus Gane is yet to be determined, but the two men have publicly acknowledged they are ready to lock horns. One of the compelling storylines will be the fact that the two of them used to train together when Ngannou was a resident of Paris. When “The Predator” left France to train in Las Vegas, he parted ways with his coach, Fernand Lopez. With his protégé leaving for the United States, Lopez decided to focus on his second best prospect, Ciryl Gane. Now his former student is the reigning heavyweight champion while his current client is the reigning interim heavyweight champion. Hollywood couldn’t have written a better script.

Whenever the announcement for Ngannou vs. Gane is made, I will circle the date on my calendar. I advise every serious fight fan to do the same. Both men are in their athletic primes. Both men are big and powerful, and more importantly, they are skilled in the sport in which they participate. While the size and strength of each man makes a sudden stoppage a possibility, my prediction is a five round war that brings the audience to their feet in a standing ovation. Ciryl Gane is an undefeated fighter who’s been electric through his first ten professional fights. Francis Ngannou is a fierce competitor who wants to prove to his former sparring partner that he is still the toughest heavyweight in mixed martial arts. Combat sports will always be unpredictable; and yet I feel no hesitation in predicting that when Francis Ngannou and Ciryl Gane climb into the octagon together, they are going to give fans a fight to remember.