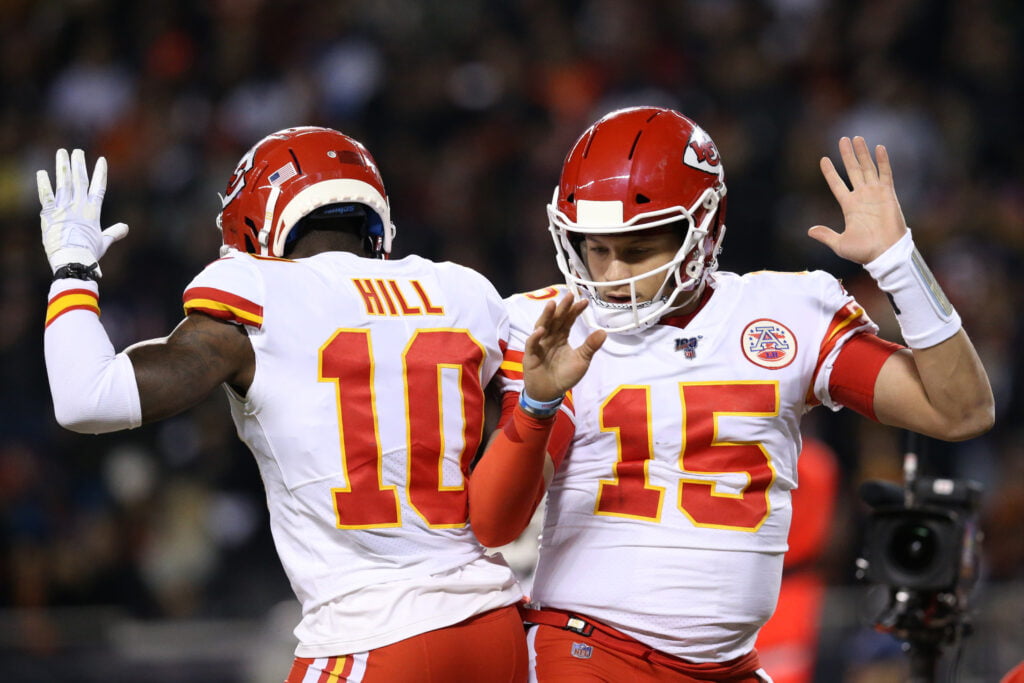 CHICAGO, ILLINOIS - DECEMBER 22: Quarterback Patrick Mahomes #15 of the Kansas City Chiefs celebrates with teammate wide receiver Tyreek Hill #10 after scoring a touchdown against the Chicago Bears in the first quarter of the game at Soldier Field on December 22, 2019 in Chicago, Illinois. (Photo by Dylan Buell/Getty Images)

Hill’s podcast was not lacking in content. The new Dolphins wide receiver has tried his best to hype up his new quarterback in Tua Tagovailoa, stating that the Alabama product is more accurate than Patrick Mahomes and more.

However, his podcast sings a different tune — Hill wants some sort of vindictive revenge. But why? Wasn’t this his own doing?

Several quotes from Hill’s explanation of events were revealing, the first of which was that he admitted to making a last-ditch effort with Andy Reid to stay in Kansas City.

While Hill’s trade away from KC was initially painted as a contract breakdown, it instead was far more than just a money issue. Per Hill himself, he was upset with the consistency of targets thrown his way.

The following, per Pro Football Talk, shows exactly what Hill is referring to:

“The problems, from Hill’s perspective, arose during the 2021 season. Hill started regularly texting [Drew] Rosenhaus about Hill’s frustrations, beginning after Hill went from having 11 catches for 197 yards in the season-opening win over the Browns to getting only three catches for 14 yards in a 36-35 loss to the Ravens, on just four targets.”

Hill also brought up his attempts to leave Chiefs practice to be there for his grandfather during invasive surgery. Hill, obviously, did not take kindly to that.

Frustration was bubbling under the surface in KC for Hill, but his attempts to stay — even apparently being willing to take less money to do so — suggest he didn’t want to leave the Chiefs and Mahomes to begin with.

Perhaps regret is starting to seep in after all.