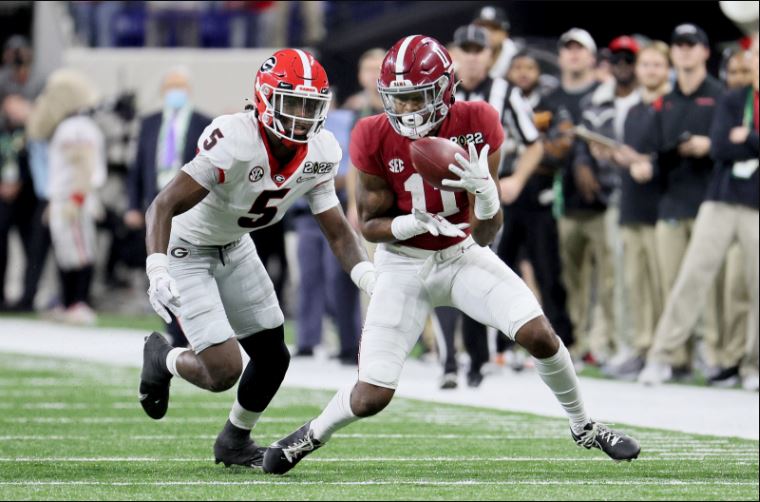 The SEC should have some of the very best teams in college football, including last year’s national finalists in the Alabama Crimson Tide and the defending the College Football Playoff national champion Georgia Bulldogs.

As expected, this Power Five conference should have upwards of three teams vying for multiple playoff berths. As many as four could see themselves playing in a New Year’s Six bowl. And quite frankly, this league is deep enough to where as many as 12 teams could be playing in a holiday season bowl game. So let’s see 100 percent how each team’s season will inevitably shake out.

These win total predictions will be compared to the lines from WynnBET for over/under purposes.

SEC win total predictions: Which teams are going to have best seasons?

SEC win total predictions: Which teams are bad or praying for bowl eligibility?

These four teams are either not sniffing a holiday season bowl or will have to wait until somewhere around Thanksgiving to find out if they are getting those crucial bowl game practices or not.

At this point, Vanderbilt needs to be relegated to avoid further embarrassment

As badly as Clark Lea may want to get his alma mater’s program turned around, how are the Vanderbilt Commodores going to do this thing? Nashville is an amazing city, and Vandy won big a decade ago under James Franklin. Too bad the ‘Dores are winning precisely one game this year. They will beat Elon but will have doubts throughout if they will ever win another SEC game again.

Yes, Missouri is one of those teams that will benefit from the SEC going away from divisions one day … maybe? For now, the Tigers are creeping closer and closer to Vanderbilt. Although they can beat the ‘Dores on the reg, the rest of the division and cross-divisional rival Arkansas is pulling away from them. Eliah Drinkwitz has no excuse to not take advantage of instability in the East.

We want to believe in Mississippi State, but they are also coached by Mike Leach

Without debate, this is the year where Mike Leach will either become a Starkville legend or will get run out of town faster than you can say Joe Moorhead. The Bulldogs’ SEC slate is brutal with cross-divisional rival Kentucky being solid and drawing Georgia in the SEC East rotation. Oh, they will win the Egg Bowl alright, but Will Rogers and the boys may be doing so for an interim coach.

Welcome to the most toxic program in the SEC by a country mile: Auburn!

Bryan Harsin has no chance to win big here. After nearly getting run out of town last winter, he only barely survives. As long as Auburn plays third-fiddle to Alabama and Georgia, the expectations from this fanbase will be out of whack. What will seal Harsin’s fate is the Tigers will not be able to get it done vs. Penn State at home. Where is Bo Nix when you need him the most?

Let’s take a look at the teams who are so making a bowl game, but probably not a New Year’s Six.