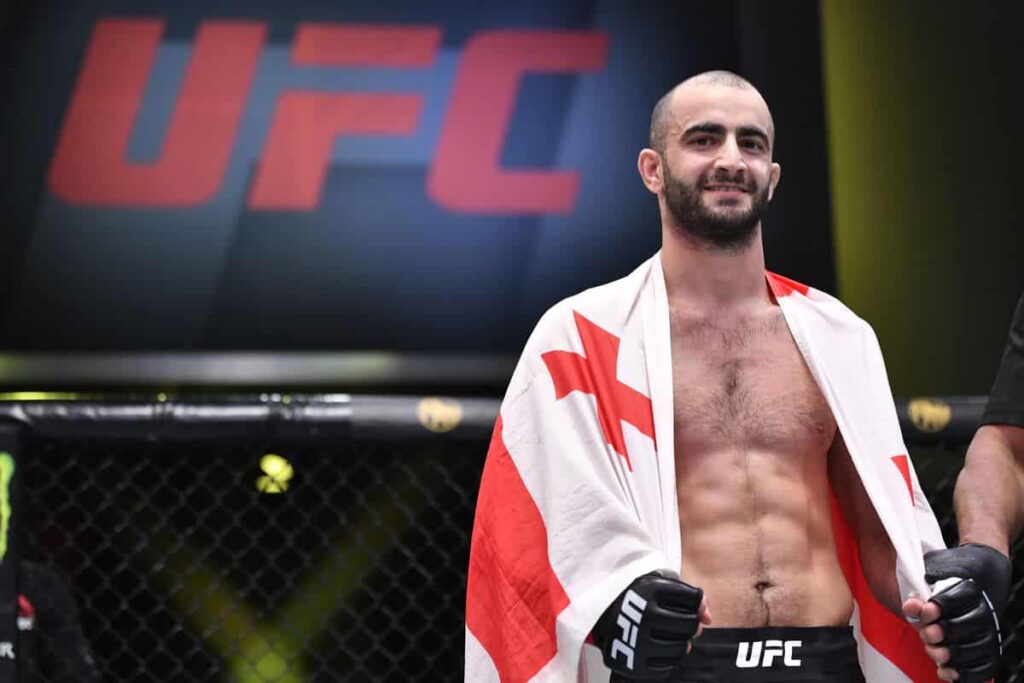 This week’s installment of UFC Fight Night, featuring Edson Barboza versus Giga Chikadze, did not disappoint. Only two of the six fights on the main card went the distance. The others were all won by stoppage. It was an action packed evening. Without further ado, let’s get into it!

Edson Barboza is known as one of the best strikers in the history of UFC. He is known for being quicker than his opponents and having the power to put them on the mat when he does connect. On this particular night, none of that was true.

During the lead up to the fight, Giga Chikadze stated that he was out to prove he is the best striker in mixed martial arts. Out striking a man who many consider to be the best is a sure fire way to give credence to his assertion. Through the first two rounds, it was evident that Barboza had finally met an opponent who could match his quickness and timing. It was also clear that Barboza’s power did not faze Chikadze. Whenever Barboza landed, Chikadze absorbed the punishment and kept fighting.

In round three, Chikadze was a man on a mission. He hit Barboza with a devastating overhand right that sent him sprawling into the cage. Afterwards, Chikadze tried a takedown but Barboza was able to climb to his feet. However, Giga remained relentless and again began to pummel Edson with a barrage of strikes. Barboza looked out on his feet and the referee made the correct decision to stop the fight. Giga Chikadze is going to be a force to be reckoned with for years to come.

Bryan Battle and Gilbert Urbina won the right to fight for a UFC contract as middleweight contenders on the reality show “The Ultimate Fighter.”

Originally, Battle was slated to fight another contestant from the show. However, the fighter was forced to back out of the opportunity due to an injury he suffered during training. Urbina agreed to step in as a replacement just ten days before the fight.

In round one, Urbina was very active. He started off the round by landing some impressive strikes; later he scored a huge takedown to put an exclamation point on the round. Bryan Battle looked like a defeated fighter as he walked back to his corner.

Round two was a completely different story. Not only was Battle aggressive from the beginning of the round, he was able to complete a role reversal and score a takedown of his own. He then secured a very tight chokehold which forced Urbina to tap out of the round. With an impressive second round submission, Bryan Battle went from being the last fighter picked during the reality show, to being crowned the winner of his weight class. It just goes to show that hard work and determination pays off in the end, even when others don’t think it will.

Ricky Turcios and Brady Hiestand won the right to fight for a UFC contract as bantamweight contenders on the reality show “The Ultimate Fighter.”

The action in this fight was non-stop. In fact, it was so intense that if it wasn’t live it could be mistaken for a fight scene from any of the 1980’s fight-themed movies. Films from that decade are notorious for featuring fighters who put relentless effort into offense with little to no regard for defense. Ricky Turcios and Brady Hiestand fit that description perfectly.

Turcios clearly wanted to win the fight with striking. The unofficial numbers indicate he attempted 100 strikes in the first round. That number is so outrageous, I considered leaving it out of the article because it sounds like satire. The reality is, he was that aggressive. It was mind blowing to watch.

Hiestand was relentless as well. Although he did not strike as often as Turcios, he constantly applied pressure and was able to score six takedowns as a result. Normally, I lean one way or another at the conclusion of a fight. This time, I thought the fight could go either way.

Ultimately, the judges decided that Turcios’ third round flurry was enough to swing the fight in his favor. He walked away with a split decision victory and is the newly crowned “Ultimate Fighter Champion” in the bantamweight division. More importantly, he now has a guaranteed UFC contract.

Round one was a back and forth affair. Rodriguez started the round with a couple of well timed strikes. However, Lee was better with his feet. He was able to land a huge kick to Rodriguez’ head before scoring a big takedown to end the round.

Rodriguez took control of the fight in the second round. It was clear that his southpaw stance made things uncomfortable for Lee. While Lee was looking for the right opening to attack, Rodriguez landed an overhand left that landed squarely on Lee’s jaw and left him clearly dazed. Lee was out on his feet and he was lucky to survive the round.

In round three, Rodriguez was even more dominant than he was in round two. Lee managed to score a takedown as part of a last ditch effort to salvage the fight, but Rodriguez was able to fight to his feet. All three judges scored the fight the same way; Lee was granted round one and Rodriguez walked away with rounds two and three. Daniel Rodriguez is a fighter fans should keep their eyes on going forward. This performance should land him in the top 15 when the next UFC rankings come out.

The first two rounds of this fight went back and forth. Petroski dominated round one; Gillmore bounced back nicely in round two. Going into the third and final round, things were even at one round apeice.

In round three, Andre Petroski decided he didn’t want to leave his fate in the judges’ hands. After scoring an early takedown against Gillmore, he stayed aggressive and established a dominant grappling positions. He then proceeded to pummel his opponent with a relentless ground and pound attack that left the referee with no choice but to stop the fight.

This was a great debut for Petroski. It was the type of performance that all but guarantees he will be given another shot to perform at UFC Fight Night. If he continues to fight at this level, he may become a regular at the Apex Center.

In round one, Muradov hurt Meerschaert with well timed striking supplemented by strategic kicks. Meerschaert hit Muradov with an accidental low blow midway through the round. Once fighting resumed, Meerschaert was able to gain some momentum by landing a couple of left handed strikes of his own.

In round two, Meerschaert scored an early takedown. He immediately went for the rear naked chokehold, which he was successfully able to lock in. Muradov gave a valiant effort to escape but was ultimately forced to tap out. This was the second consecutive win by submission for Meerschaert. He’s got momentum on his side and could be one to watch for in the middleweight division.

Giga Chikadze is a force to be reckoned with. If he had not spent the bulk of his career compiling an impressive kickboxing record, he would’ve already been given a title shot in the UFC. Fans will have to learn his name and remember it. At just 33 years old, he isn’t going away anytime soon.

For anyone who likes unbelievable non-stop action, go back and watch Turcios vs. Hiestand again. The fight was truly unbelievable and both fighters truly deserve a round of applause for the effort they gave.

UFC Fight Night will return on September 4th when Derek Brunson takes on Darren Till in the main event. As always, we’ll have the latest updates as well as in depth analysis available right here at World In Sport!