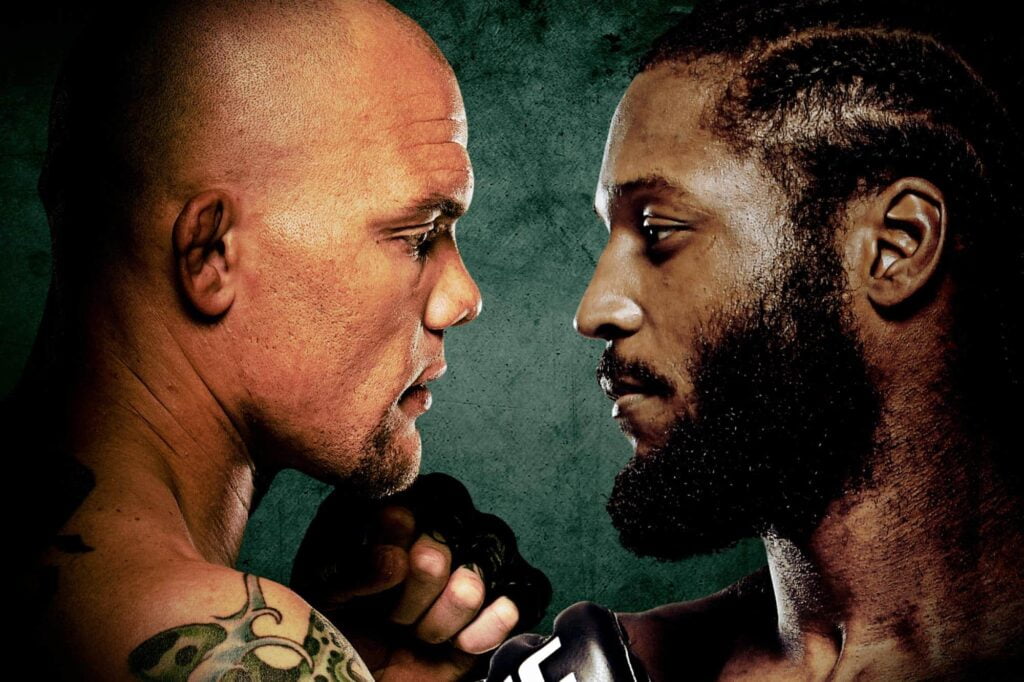 Dana White is one of the most shrewd businessmen in the history of sports. He’s beginning to enter the realm only occupied by legends such as George Steinbrenner, former owner of the New York Yankees, and Barry Hearn, the founder of Matchroom Sport. Last weekend was the kickoff of the new NFL season for fans of American Football. As big a juggernaut as the UFC is, there may not be a sporting event in the world that can compete with the opening night of an immensely popular league. With that being said, White decided to give his fighters and announcers a weekend off; the organization did not have a “Fight Night” last week. This week, UFC Fight Night returns to the Apex Center in Las Vegas with another entertaining lineup of fights. Without further ado, let’s get into it!

Anthony Smith has been competing in mixed martial arts for a long time. He made his professional debut all the way back in 2008. Over the years, he’s fought for several different organizations, including a one-fight appearance with the UFC back in 2013. Up until 2018 he competed as a middleweight, capturing the championship in the division for two organizations, the CFFC and VFC.

Since becoming a light heavyweight, Smith has compiled a respectable record of six and three, including a unanimous decision loss the reigning champion, Jon Jones, in 2019. Smith enters September 18th’s bout on a two fight win streak. His name is beginning to reemerge among the best fighters in the division. He has momentum on his side; if he wants to take the next step forward in his career he must defeat Ryan Spann this weekend.

The last time fight fans saw Ryan Spann in the octagon, he looked very impressive. He was able to walk away with “Performance of the Night” honors after knocking out Misha Cirkunov in the first round of their bout back in March of this year. Spann just turned 30 years old in August, and has only lost one time since joining UFC’s roster fulltime in 2018. At 6’5″ he’s one of the tallest men in the light heavyweight division. Given the fact that he’s in his physical prime, his impressive record and his daunting height, no wise fighter should take Spann lightly. Anthony Smith versus Ryan Spann will be a treat for fans who enjoy watching elite athletes push each other to the limits and bring out the best in one another in the heat of competition.

Sambo is a relatively new form of martial arts. It originated in Russia in the 1920’s and was “intended to be a merger of the most effective techniques of other martial arts,” according to the sport’s official website. Every four years, the European Sambo Federation holds an international tournament for the best fighters in each division; in 2012, Ion Cutelaba walked away with the gold medal. He is a savvy fighter who can rely on his vast experience when he finds himself matched up with an equally skilled opponent. However, Cutelaba’s last three fights have resulted in two losses and a draw. If he wants to be considered one of the best light heavyweight prospects in the organization, he needs to get back into the win column this weekend.

Fight fans haven’t seen Devin Clark inside the octagon in almost a year. Back in November of 2020, Clark lost to Anthony Smith via submission to a triangle chokehold in the first round. Long layoffs are normally bad for mixed martial artists. It is hard to simulate the intensity of a real fight when you’re training against your teammates at your home gym; they are always cognizant not to inflict too much damage so as not to derail each other’s careers. However, there is no such timidity under the intensity of the bright lights. Clark needs to become an active fighter again. Taking on Cutelaba this weekend is a step in the right direction.

Ariane Lipski has lost each of her previous two fights via knockout in the second round. That being said, fight fans should not be ready to write her off; she’s the same woman who went on a nine-fight win streak not too long ago. If she can return to her former level of performance, she will once again be viewed as one of the best prospects in the flyweight division. At only 27 years old, her best days as a combat sports athlete are ahead of her, not behind her. It will be interesting to see if she can get her career back on track this weekend.

Mandy Böhm is undefeated as a professional fighter. Most recently, she appeared in a fight card held by UFC rival, Bellator MMA. The 32 year old out of Germany is known as “Monster” by fans who’ve been following her career. On September 18th, she will make her organizational debut with the UFC. Whether or not she can remain undefeated while facing athletes in the most widely recognized MMA organization in the world remains to be seen.

Since losing his UFC debut in April of 2019, Arman Tsarukyan has won three consecutive fights. He is only 24 years old and is considered one of the best prospects in the already crowded lightweight division. Having compiled an impressive record before joining the organization, and having performed well since making his UFC debut, Tsarukyan might be in line for a title shot if he were in any other weight class. However, most pundits consider the lightweight division to be the most talented in the entire organization. That means Tsarukyan is going to have to wait his turn.

After defeating Sean Soriano with a second round technical submission chokehold in May of this year, Christos Giagos is back for his second fight of the year. While he is yet to have his breakout performance and become one of the highly touted prospects in the lightweight division, Giagos has managed to become known for a couple of activities he’s involved in outside of the octagon. He teaches a CrossFit class at his local gym, and he’s also an avid bowler in his free time. If Giagos wants to be known for his skills as a fighter, he will have to overcome this weekend’s obstacle, Arman Tsarukyan.

It has been almost a year since fight fans have had the chance to see Nathan Maness inside the octagon. Although, he hasn’t fought since November of last year, he looked impressive in each of his last two fights, one of which was his UFC debut. Forcing Luke Sanders to submit via rear naked chokehold in the second round of their fight helped Maness gain the nickname “Mayhem,” as his fans have begun to call him. On September 18th, he will try to ensure the mayhem continues.

Tony Gravely was impressive in his second round TKO victory over Anthony Birchak in April of this year. He will look to build on that momentum this weekend when he climbs in to the octagon to face Nathan Maness. Although he doesn’t have an official Tae Kwon Doe belt, Gravely has been training in the discipline since he was three years old; his father was a Tae Kwon Doe instructor. He brings his classical training with him every time he steps inside the octagon. So far, it has served him well. If he wants to take a big leap forward and earn his first UFC title shot, he must get his third consecutive win this weekend.

Joaquin Buckley is a middleweight from Saint Louis, the same city that produced legendary middleweight Tyron Woodley. However, Buckley’s path to mixed martial arts success has been vastly different than that of his hometown hero. While Woodley rose through the ranks as an elite high school wrestler, who then went on to have enormous success as a collegiate wrestler, Buckley took a less traditional route. He fought in numerous regional mixed martial arts promotions before finally being called up to Bellator in June of 2016. He gained a respectable reputation there and made his debut in the UFC in August of 2020. After losing to Alessio Di Chirico via a kick to the head in January of this year, Buckley desperately wants to get back to winning. After taking the road less traveled to become a professional mixed martial artists, he doesn’t want to watch it all slip away due to poor performances.

Antonio Arroyo is not a very active fighter. He fought once in all of 2020, and this weekend’s bout against Joaquin Buckley will be his first fight this year. At the prefight press conference, Arroyo told reporters “I don’t want to lose my job.” He is definitely going to need a win to convince Dana White to keep him on the roster. Inactivity and losses have been the calling cards of his UFC tenure thus far. The fact that he’s on the main card has more to do with more deserving fighter being given a chance on next week’s pay-per-view event than it does with Arroyo’s merits. This weekend could very well be the last UFC event Arroyo attends without having to purchase a ticket.

UFC Fight Night: Smith vs. Spann can be viewed on BT Sport in the United Kingdom and on ESPN in the United States. As always, we’ll have all of the latest updates on the results of the fights, as well as in depth analysis right here at World In Sport!