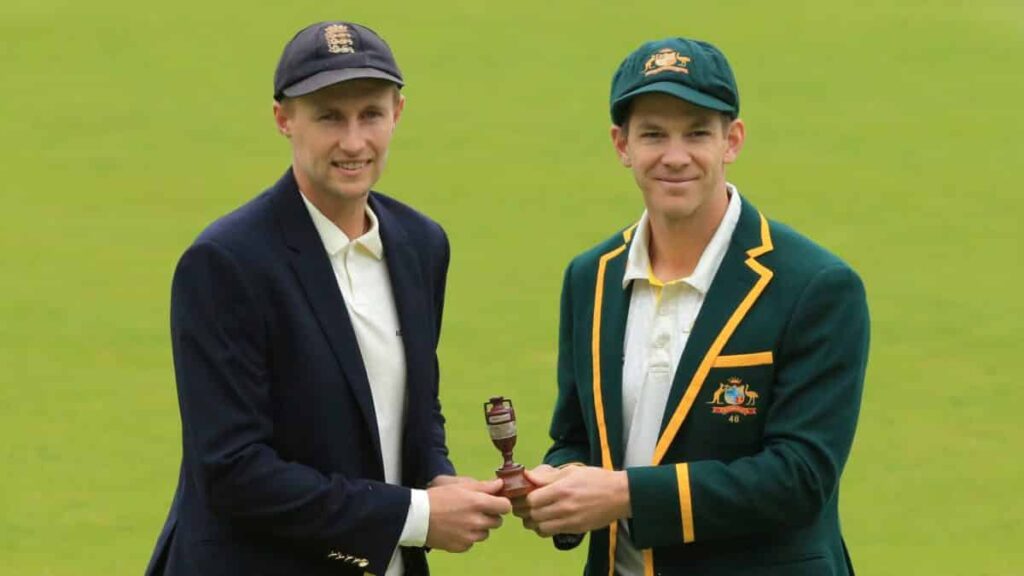 Celebrations or devastations ahead for England Ashes tour?

With the T20 World Cup round the corner, it’s hard to concentrate on the upcoming Ashes series. However, cricket centres around the competition between England and Australia, and when those two titans of the game clash, the entire world is watching. So, with recent history in mind, what are England’s chances of repeating their decimation down under in 2010/11.

The Poms have not raised the coveted Ashes urn since 2015 and even though there have only been two series since then, six years is a long time between successes. Especially when the next opportunity comes away from home in the most troublesome series for as long as I can remember.

With the list of issues growing as the days pass, England’s hopes are diminishing before they’ve set foot on Australian tarmac. When thinking back to their last victory in Australia, despite having a well-balanced bowling attack, with comprehensive and exceptionally executed plans, England’s ace in the pack was the consistency of their batting.

In comparison, Australia had an ageing side, struggling for fluidity and consistency, making no inroads with either bat or ball.

How the tables have turned.

There is nothing old about England’s current side, James Anderson excluded, but it is very much the England of old that is heading into the lion’s den. A brittle batting lineup, a list of injuries, and a barrage of medium-paced, swing bowlers.

Let’s begin with the most detrimental of England’s issues, that being their inability to score runs. Though they may have found a good pairing in Rory Burns and the returning Haseeb Hameed, the boom or bust nature of this duo will not play well in testing conditions.

Rory Burns has five ducks in 15 innings this year and it is remarkable that his place is not under threat when he is averaging a blob in every three outings. However, that is a rather stark and poor testimony to England’s top-order woes. Hameed has played just five innings since returning to the side and he already has two ducks to his name as well. This leaves England’s number three with not only an almost impossible task, but I’d imagine a nervous disposition in day-to-day life.

In my time as a test cricket fan, the number three spot in the England side has only been occupied competently by two men. One being Michael Vaughan, whose competence is questionable, and the other being Jonathan Trott, a man that I still pine for despite him hanging up his professional boots three years ago.

Dawid Malan has stepped into the role well since being selected and clearly has a strong grasp and understanding of his game. His ability is not under question as he has demolished the white ball world in recent times and will occupy that role soundly in comparison to all other options. At the age of 34, he has a few years to make his mark before handing over to a hopefully more matured Zak Crawley.

Joe Root is Joe Root and England’s hopes rest mainly on his shoulders and his form. The middle-order boasts a plethora of players with high ability, yet test match batting averages in the ’30s. Take your pick, it doesn’t really matter. Jonny Bairstow, Ollie Pope, Jos Buttler, Ben Stokes, Ben Foakes. Then there’s those in the ’20s, Dan Lawrence, Moeen Ali, Sam Curran. However England wishes to comprise their middle and lower order, they will not be able to select a player who averages in the ’40s. Enough said.

In comparison, Australia will be unlikely to pick the outcast Usman Khawaja, who averages 40.66 in test match cricket. To reiterate, with all of their options, England cannot match a player who is not even centrally contracted with the Australian international team. This is before I’ve mentioned the trio of Steve Smith (61.80), Marnus Labuschagne (60.80), and David Warner (48.09).

So, from one damaging statistic to another. England has five players currently out injured and have two recently returning with little to no cricket under their belt. Firstly, the players with no hope of featuring. Olly Stone and Jofra Archer were both ruled out of the winter tours with stress fractures during the summer. It was all but guaranteed that the pairing would be on the plane to Australia if not in the starting XI’s with the pace being so key in the Southern Hemisphere.

The recently returning players are Chris Woakes and Mark Wood, both of which are likely to feature but have played very little red ball cricket going into the series. A lot of onus will be on Mark Wood due to his pace, and the desire to select him for every test will be hard to resist. However, the risk that he may break down mid-test could be extremely detrimental and in truth, highly likely.

The other names on the list are Ben Foakes who has not featured for Surrey since late May and will be far from his best if selected. And the extremely important duo of Stuart Broad and Ben Stokes. Though Broad will certainly recover in time, his potency in Australia is under question and it is becoming more and more apparent that Stokes will not feature for England again for some time.

There is very little I need to say in regards to Stokes’ importance to the England side and the impact simply having his name on the team sheet brings. The balance that Stokes brings to the lineup can not be valued highly enough, and with him missing the last tour of Australia due to the Bristol incident, he may be beyond his best by the time England tour again. His chance of being a hero down under could be drifting away with England’s hopes.

The final woe for England is the difficulty that comes with entering Australia. With current Covid restrictions and absolutely no exceptions made for anyone, there is a strong chance that the entire squad and coaching staff will have to spend two weeks in isolation upon arrival. Adding to that the unlikelihood of players families being able to tour with them and the availability of certain players, such as new father Jos Buttler, becomes doubtful. England cannot afford to lose any more of their 1st XI going into the tour.

The only things in England’s favours come in comparison to the famous 2005 Ashes series. This relatively youthful side do not bare the scars of the series gone by, and with the inclusion of new star Ollie Robinson the camp might be confident of completing an upset. I can all but guarantee that scars will be inflicted during this series and Robinson, though highly effective in England, could easily fall into the bracket of uninspiring English seamers.

And with that onto England’s opposition. Australia is far from the same side that had a 16-year unbeaten run in the competition during the ’90s and early 2000s. If the Australia of then played Australia now, there would be no contest. McGrath, Warne, and Gillespie vs Hazlewood, Lyon, and Cummins. Hayden and Langer vs Warner and (insert name here). Ricky Ponting, Mark Waugh, Steve Waugh, Damien Martyn, and Adam Gilchrist, the list goes on.

Having said that, the gulf between the Australian’s and the English is almost as vast now as it was then. With that considered, I feel that domination close to that level could be about to unravel over the next decade. With three consecutive victories under the Australian’s belts, England has a lot of changes to make in order to turn things around.

There was a slim chance that England would be able to fight fire with fire when they had Jofra Archer, Olly Stone, Mark Wood and Ben Stokes at their disposal, but without three of those four, make no mistake, England will not be winning this series.

Moving forward from this point, the ECB have to look internally and assess the County set up to try and understand why the Championship is not producing world-class cricketers. It seems obvious to me that the lack of international players in the domestic leagues is the first thing that needs to be rectified, but that is another conversation for another article.

For now, the best thing that the English players, coaches, selectors (singular) and fans can do, gets down on their knees and pray to god that the tour gets cancelled. I never thought I would say that, but I can see no better outcome for this struggling side in the hostile Southern Hemisphere.