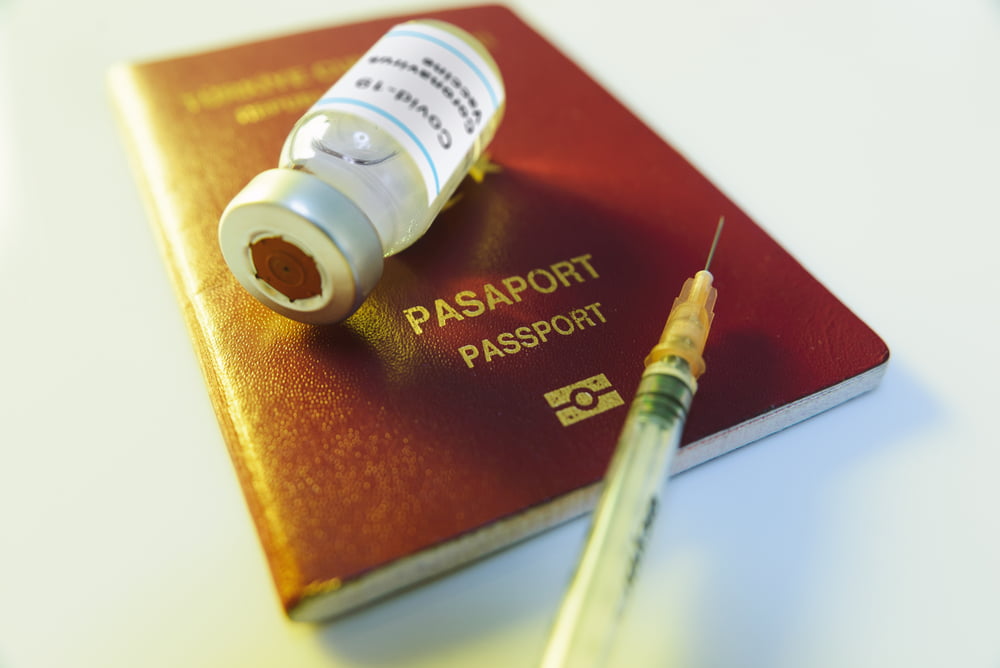 The post How will the vaccine passport work in each state and overseas? appeared first on TD (Travel Daily Media) Travel Daily.

Vaccine passports will be issued to adults who have been fully vaccinated by the federal government in the coming weeks, as promised by cabinet ministers.

Prime Minister Scott Morrison says he will ease travel restrictions for fully vaccinated citizens and permanent residents once the target is achieved. Vaccine passports are key to this strategy.

To that end, states are developing new tools that will allow patrons to prove their vaccination status when checking in at a bar.

State vaccination certificates that sync with the federal government’s health data have not yet been adopted by all states.

According to our current knowledge, a vaccination passport system would work as follows: 1.

The federal and state governments have been exploring the possibility of linking federally managed health data with state COVID-19 check-in apps for some time now.

As of now, only New South Wales and Victoria have come out in favour of implementing the system in places like sporting facilities, cafes and restaurants, pubs, and even beauty salons.

The ACT has rejected the check-in app passport system, and Queensland and Tasmania are still undecided on whether or not to adopt the technology. Because these states and territories use a different COVID-19 check-in app, Medicare data cannot be easily pulled, according to The Sydney Morning Herald.

How will the vaccine passports and check-in apps work?

During a press conference on Wednesday, Trade Minister Dan Tehan confirmed that resuming international travel with vaccination rates of 80% was now a “key part” of the national reopening plan.

COVID Live estimates that Australia will meet that target on November 19, but Australians could have a vaccine passport to prove they are safe to travel as early as October.

To verify that you’ve been vaccinated, a QR code is added to the normal passport. To cross the border into another country, you will need to show it to border officials.

According to the federal government, international travellers can enter Australia only if they’ve received a vaccine recognised by the Therapeutic Goods Administration (TGA).

Which countries will accept Australians who are fully vaccinated, however, remains to be seen.

According to a proposal put forwards to the federal cabinet in July, a vaccine certificate that is accepted internationally would be tied into people’s MyGov vaccination status.

The International Civil Aviation Organization (ICAO) has approved the use of “visible digital seal” technology.

As pubs, cafes, and shops prepare for the return of vaccinated customers, the domestic use of vaccine certificates is expected to go into effect before international travel returns.

There is currently no national plan for a single vaccine certificate system, but Australians have access to proof of vaccination certificates through the Commonwealth government service Medicare.

Instead, it is up to the states to take the lead in developing domestic vaccine certification by integrating it into existing apps that allow businesses to refuse entry and service to unvaccinated customers.

When visiting venues, the NSW government will most likely be the first to implement a working vaccination verification and check-in app.

NSW Premier Gladys Berejiklian announced two weeks ago that her government was working on an “all-in-one” proof of vaccination and check-in service.

Last week, Digital Minister Victor Dominello told 2GB Radio that NSW was ready to begin a pilot of the technology.

Before the technology is rolled out across the state, Mr. Dominello said, the trial will last for two weeks before it is fully implemented.

The premier has promised to reopen businesses after the state reaches its 70 per cent double-dose goal.

To include vaccination status in the ACT’s mobile apps, ACT Chief Minister Andrew Barr said on Thursday that it would be very difficult.

On the human rights side of things, he said that they were both unnecessary and questionable.

“In the ACT, it’s not a problem. They may pursue this in other jurisdictions, from what I understand.”

For contact tracing, Tasmania, Queensland, and the Northern Territory use the same app as the ACT.

“Detailed discussions” are underway, according to Queensland Premier Annastacia Palaszczuk, about combining QR code check-in apps with proof of vaccination.

She goes on to say that privacy was needed.

An experimental vaccine passport programme will be tested in regional Victoria once the state is released from lockdown, according to Victorian Premier Daniel Andrews.

According to Mr Andrews, the state, which is currently experiencing its worst COVID-19 outbreak since last year, will “quite soon” test the programme in the regional hospitality industry to ensure it is ready for a state-wide rollout.

The national cabinet, according to Andrews, has decided on a September deadline for the domestic passport programme.

Last month, Premier Andrews confirmed that the national cabinet had commissioned the states to develop vaccine certificates for use in the public health care system.

The post How will the vaccine passport work in each state and overseas? appeared first on Travel Daily.