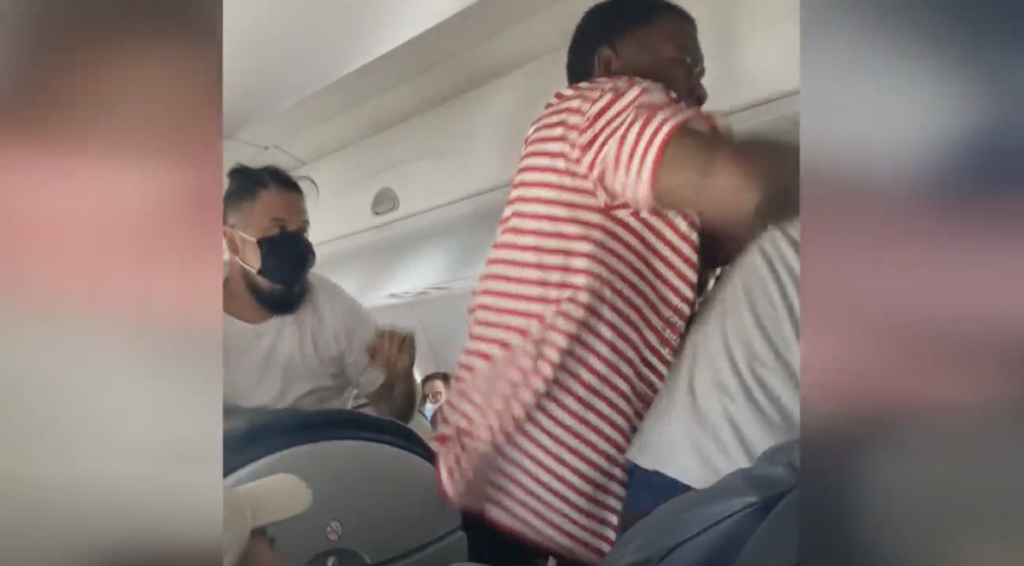 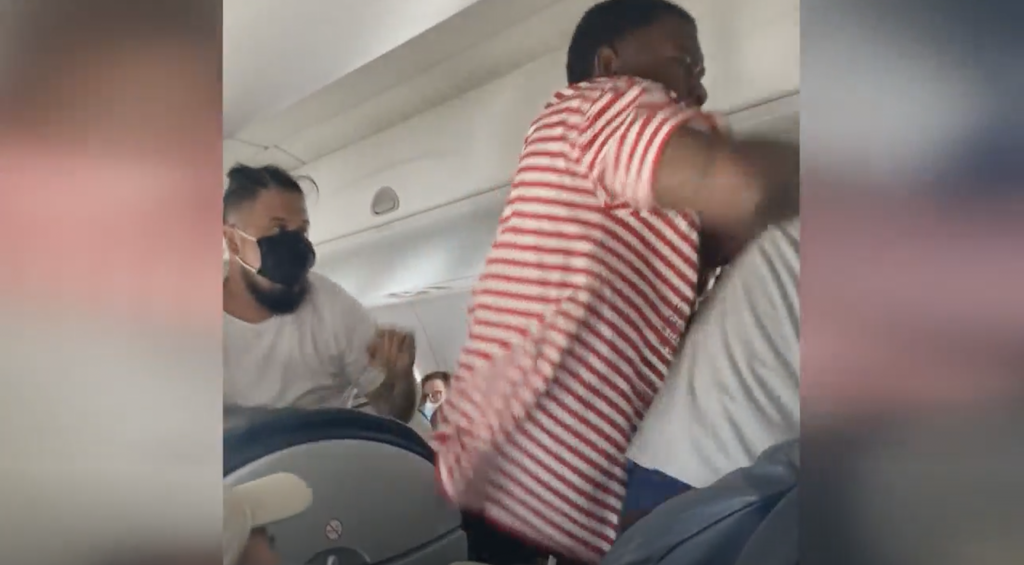 A fight broke out between passengers on an American Airlines flight, apparently over the reclining seat feature.

Video taken on board the flight, which was first shared by local news outlet KXAN, depicts two men engaged in a physical altercation on a flight from New Orleans to Austin.

One man waves his finger at another before he throws a punch, while another person stands between them, appearing to try to deescalate the situation.

According to CBS Austin, an eyewitness said that tension had grown between the two men after they landed in Austin.

“When the plane finally landed in Austin and the seatbelt sign was turned off, both men jumped up and physically started fighting each other,” the anonymous person said.

Two men then begin to beat the man who appeared to have initiated the fight. This propels them into other rows of seats. In the background, people can be heard screaming.

A passenger yells: “Stop it!”

A member of the cabin crew is heard telling the men to “return to your seats immediately”.

“Just don’t hurt anybody else on the plane,” someone is heard saying.

Officers from the Austin-Bergstrom International Airport Police Department met the plane as it landed in response to the incident, which was labelled an “altercation between passengers”, according to a statement provided to The New York Post.

“Law enforcement were requested to meet American Eagle flight 4698, operated by Republic Airways, after arriving to Austin (AUS) from New Orleans (MSY) due to an altercation between passengers,” the airline said about the 1 August brawl.

Law enforcement said that no arrests had been made in connection to the incident, although the two men were taken off the plane and held. There was no official reason for what sparked the incident but KXAN reported that it was “over a seat that couldn’t unrecline”.