A new image from Avatar: The Way of Water reveals gorgeous underwater action from James Cameron’s long-awaited sequel. The first film was released in 2009 and remains the highest-grossing film of all time.

Set more than a decade after the first Avatar movie, The Way of Water will feature the return of Jake Sully and Neytiri and introduce their four Na’vi children – Neteyam, Lo’ak, Tuktirey, and Kiri.

Now, Empire Magazine has revealed yet another look at Avatar 2’s gorgeous underwater action. The image shows a young Na’vi swimming through a school of alien fish with a slight smile on their face.

Though the name of this young Na’vi is unspecified, it appears to be one of Jake and Neytiri’s female children, either Kiri or Tuk. Check out the image below: 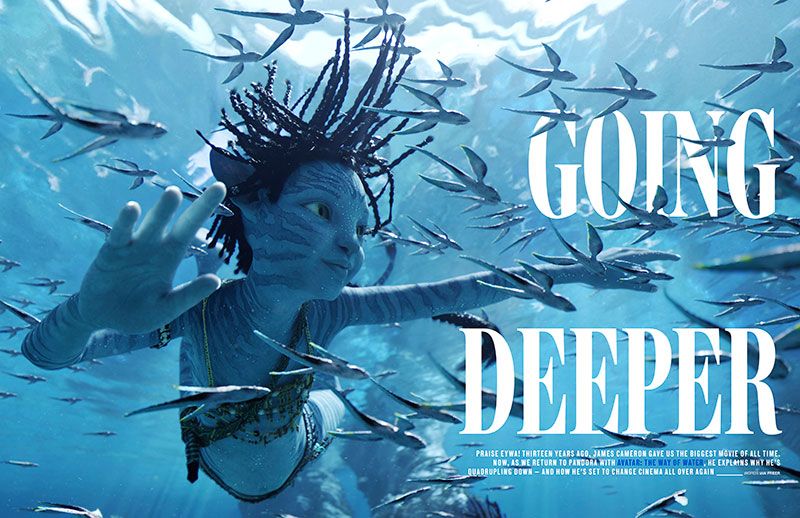 Based on the movie’s marketing so far, it’s clear the Avatar sequel has two things going for it – water and family. The first Avatar movie is famous for its groundbreaking visual effects, and Cameron continues pushing the envelope on the sequel.

Cameron and his team developed new technology to shoot performance capture underwater to film these immersive sequences like the image above, a feat never accomplished before that required actors to hold their breaths underwater for extended periods.

Besides gorgeous underwater action, the Avatar sequel will also see an increased focus on family, with the teaser trailer featuring only one line of spoken dialogue from Jake Sully proclaiming, “This family is our fortress.” Of course, the James Cameron-directed film is expected to feature some stunning underwater visuals.

Yet, its familial themes should give the sequel an emotional throughline which some feel the first film lacked. Audiences can experience all Avatar: The Way of Water has to offer when the sequel releases in theaters on December 16.