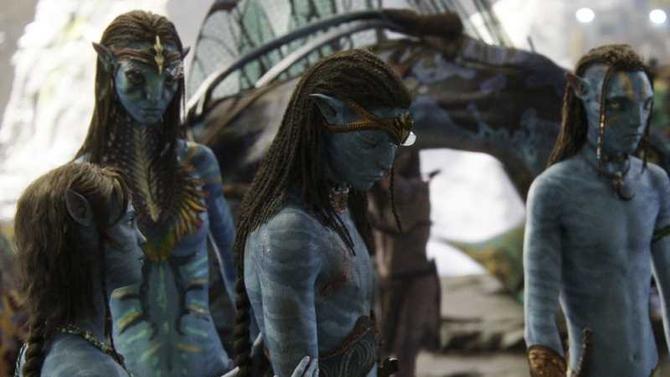 Avatar: The Way of Water will finally splash down into theaters this December, and when it does, it will be just two days shy of the 13-year anniversary of Avatar‘s release way back in 2009.

Needless to say, this sequel has been a long time coming, but some big changes have been made to Pandora in that time. We know that Jake and Neytiri have had kids, including Sigourney Weaver’s Kiri (an intriguing casting decision seeing as she played Dr. Grace Augustine in the first movie).

With the RDA implementing memories into new Na’vi bodies, we may be able to figure out what’s going on there, but Kiri is going to be one of many children. Along with their adoptive teenage daughters, the happy couple will have an adopted human son and three more Na’vi kids, putting their family at the forefront of this blockbuster.

Talking to Empire (via SFFGazette.com), Avatar: The Way of Water director James Cameron pointed to Marvel and DC movies being a big part of the reason he wanted to up the stakes and give the sequel’s leads a family. That is something we rarely see in superhero blockbusters, with most characters free of the sort of responsibility children bring.

“I’m a father of five. I look around – I don’t want to specifically say the Marvel Universe, or the DC Universe – at current fantasy and science-fiction and all these heroes seem unbound in the mire of relationships, the stuff that pulls you down and clips your wings, that stops you running around and risking your life,” the filmmaker explains. “I thought, ‘What if I take these incredible characters of Jake and Neytiri and give them a family?’ That gives them feet of clay right there.”

Adding children to a sequel has become a staple of Cameron’s, as he did the same with both Aliens and Terminator 2: Judgement Day. We’re intrigued to learn what that means for this Avatar follow-up, and can’t help but wonder how important these newly introduced children will be to the franchise in Avatar 3 and the planned Avatar 4 and 5.

To whet audiences’ appetites, Disney/20th Century Studios will re-release Avatar in theaters on September 23. As for Avatar: The Way of Water, that arrives in theaters worldwide on December 16.