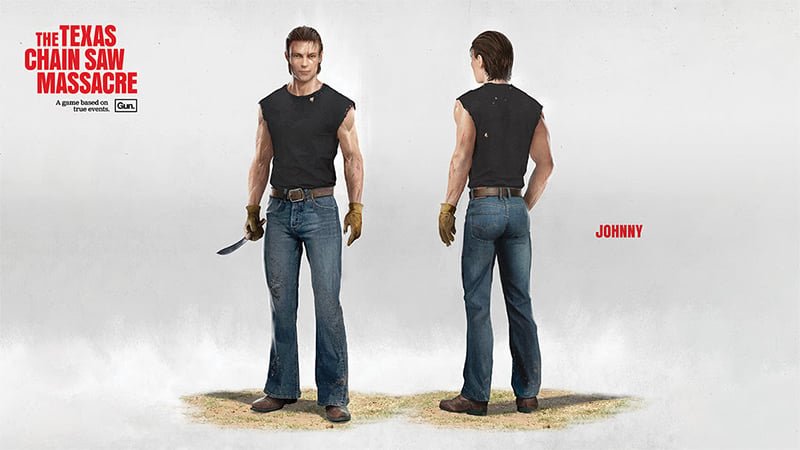 Henkel is probably most well known for writing the first movie, which this game is seemingly favoring the most. These two original characters are named Johnny and Sissy, and in a twist, the duo will be on the side of the killers, not the survivors.

Johnny can be seen holding a knife and Sissy has a straight razor, which hint at their nefarious intentions. The studio didn’t talk their abilities or backstories and only said that more will be revealed at a later date. While the survivors are fresh faces, the other three killers — Leatherface, The Cook, and The Hitchhiker — are previously established characters from the film franchise. These two were revealed through the free alternate reality game Petals that is tied to the console title. As shown in the video below, players run into Johnny and Sissy near the end. Sissy was also seemingly hinted at in a riddle from one of the ARG’s newspapers.