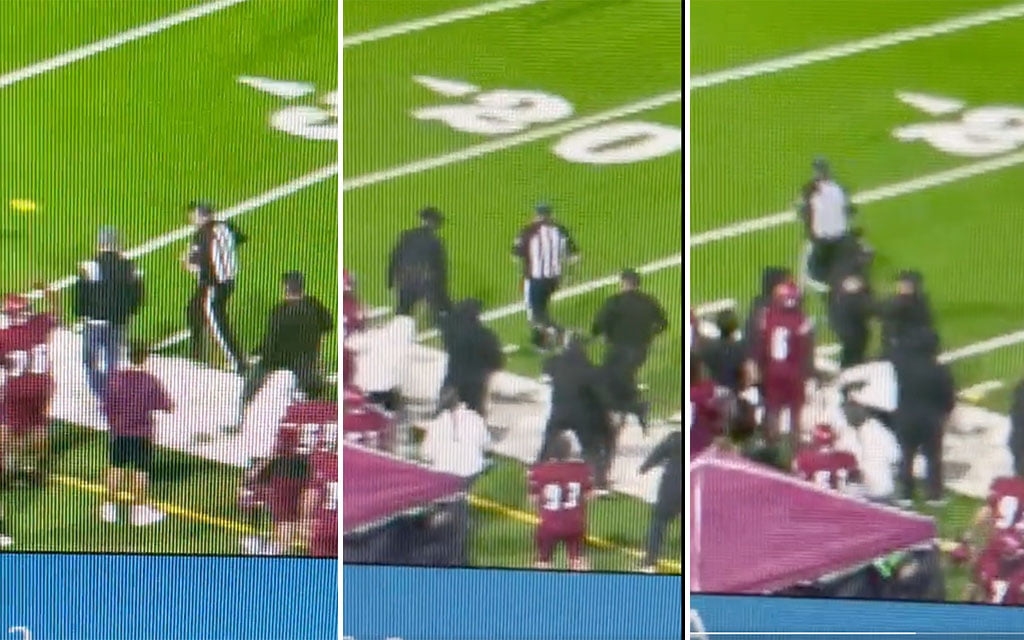 A video has surfaced showing an Alabama high school football coach slamming a volunteer assistant to the ground at the Opelika vs. Dothan game on Friday night. Dothan head coach Jed Kennedy is now under investigation in regards to the incident.

OutKick reached out to the Dothan City Schools for comment, and it provided this response:

“Dothan City Schools does not comment on personnel matters. However, we will be conducting an investigation on the situation and it will be dealt with appropriately.”

Dothan City Superintendent Dr. Dennis Coe confirmed that statement to WTVY, saying, “The matter will be dealt with.”

Video shows a Dothan High School coach slamming an assistant to the ground after a sideline interference penalty. (@hekkubus)

The assistant who was slammed to the ground is known around the Dothan area and is involved in activities around all Dothan High School sports, a source said.

OutKick also reached out to Dothan head coach Jed Kennedy, but had not heard back prior to publication.