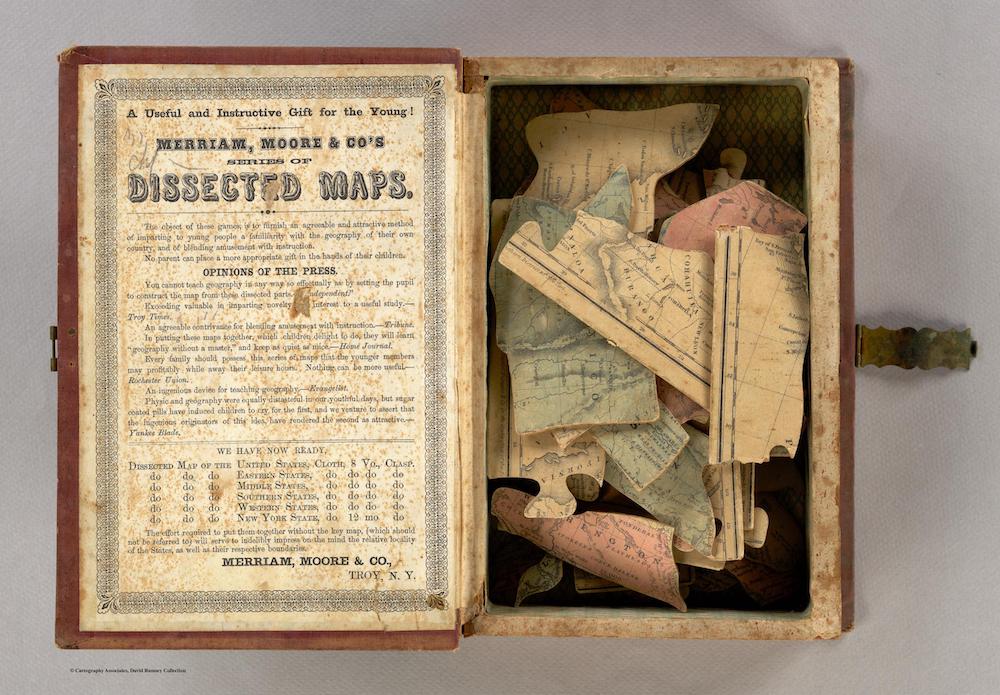 Children’s Maps of the American Empire

MAHSHID MAYAR is a postdoctoral researcher in the Department of British and American Studies at Bielefeld University, Germany.

She is co-editor, with Marion Schulte, of the essay collection Silence and Its Derivatives: Conversations across Disciplines (Palgrave Macmillan, 2022), and is currently working on Erasure: Poetics, Politics, Performance, a book project that interrogates the politics and poetics of silence and silencing in contemporary US poetry.

In her first book, Citizens and Rulers of the World: The American Child and the Cartographic Pedagogies of Empire (University of North Carolina Press, 2022), Mayar deploys archival evidence to develop an understanding of turn-of-the-century American children as ambivalent cartographers.

By focusing on the way children consumed, engaged with, and adapted the maps and mapping practices of the American Empire, Citizens and Rulers of the World endeavors to show how imperial pedagogy and cartography, once in children’s hands, became both a personal and a political site.

M. BUNA: Socializing turn-of-the-century American children into the ways of the empire relied on employing “home geography” as a pedagogical tool to underline the comfort and “civilization” of familiar spaces, as opposed to colonized or racialized ones.

In Citizens and Rulers of the World, you contend that, far from being mere performers of adults’ scripts, “turn-of-the-century American children […] consumed geographic knowledge and produced spatial narratives and cognitive maps of their own.”

MAHSHID MAYAR: Growing up at the turn of the 20th century, for many American children, also meant learning to view the world through the lens of “home geography.”

As professional geographers such as William Morris Davis, Richard Elwood Dodge, and Clara Barbara Kirchwey re-popularized the method, they inevitably responded to the transnational whims of an empire that had stretched its dominion across the globe.

Therefore, the drafts of “home geography” that I study in my book scripted far messier lessons in world geography as they recorded far more aggressive views of “home” in terms of what/where/whom it included and what/where/whom it excluded, both within and beyond the immediate borders of the United States. Thanks to “home geography” as an imperial pedagogic tool, white, well-to-do, literate American children not only lived in the safety of homes (housing their immediate families, but also, symbolically, the nation), but many of them also learned how to identify and imagine “homes” on the map of the world.

But what this duo of identification-imagination entailed was no less messy. On the one hand, as “home” became ever more closely associated with whiteness, literacy, hygiene, heteronormativity, and Christian values, the resident children of such “ideal” homes would look for spaces, both inside and outside the United States, that they could immediately, or after brief consideration, identify as comparable to the model.

This turned school geography into a site where exclusionary, exceptionalist views of the world took root in childhood.

Consequently, the cognitive maps children developed, to which we have access through the scant archival records they left behind (i.e., geographical puzzles they designed and printed in juvenile periodicals), show great degrees of nativism and racism.

As relatively marginal scraps in a multitude of records that I understand as scripts of empire, children’s cognitive maps further mixed nativism and the logic of colonization with playful, appropriative scalar confusion, and an intimate, often unquestioned sense of belonging to the global expanse of an empire that was no less saturated with the imperial views of those times.

Domestic playthings included dissected or “puzzle” maps that were more than mere educational toys provided by adults trying to administer children’s playtime. Writing that “dissected maps are both the ideological offspring and the material agents of colonial violence,” you bring up what you call reinscriptive cartography. How can this be a useful concept when trying to understand children’s pastimes in hindsight?

Dissected maps — that is, maps mounted on cardboard or wood and then cut into smaller pieces that children were to put back together — are a generative example of the ways imperial pedagogy (and the violence it promoted under the cover of such seemingly benign notions as “home geography”) found its place outside formal education, in children’s lives outside the classroom. I view these maps as “the ideological offspring and the material agents of colonial violence,” mainly because their very act of production — i.e., dissection of a larger cartographic whole into smaller units with a handsaw or scissors — most tangibly replicated the reckless violence inherent in the colonial practices of drawing up borders that resulted in displacement of peoples, cutting off their ties of kinship, and in genocide.

Children would constantly vacillate between seeing themselves as cartographers in charge of the chaos of the various pieces and as reinscriptive cartographers who strove to restore the whole map out of its pieces.

Therefore, in proposing to think of this pastime as reinscriptive cartography, I underline yet another clad-in-fun, innocent-looking aspect of imperial pedagogy that manifested itself in the form of playing with dissected maps (each consisting of smaller, cut-down spatial pieces), and amplified the colonial violence that defined any act of cartography in the age of empire.

As Robin Bernstein argues in her 2011 book, Racial Innocence: Performing American Childhood from Slavery to Civil Rights, “Most children — not just famous ones — are virtuoso performers of childhood, because most children understand with precision the behaviors that children’s things script.” Children devised their own geographical puzzles in order to develop their sense of belonging to a nation orchestrated by American adults. Is it fair to say, then, that children were not passive actors in this process?

Children designed puzzles that, as the title of the chapter where I discuss them suggests, looked for places as far apart from one another as Amoy and Zanesville. Given the frequency with which juvenile periodicals of the time printed child-made geographical puzzles, children’s involvement in composing scripts of empire confirms that what motivated them to design geographical puzzles involved more than mere showing off of the basics of geographic literacy.

Children’s fan letters to juvenile periodicals were another manner of documenting their adventures while traveling outside the American household.

You mention that, in these letters, you haven’t encountered many references to immigrant, foreign, economically underprivileged, or nonwhite figures sharing the space with the children who wrote them.

As I argue throughout the book, “home geography,” more than anything, coded a neatly conceived, pedagogically sanctioned blueprint for exclusion and liminality.

In these letters, we encounter American children writing about the towns and cities they come from and about their travels or studies abroad. In their writing about such spaces (homes and non-homes), children seem to have been aware of two coexisting spatial forces.

Take, for instance, the letters in which children frequently wrote brown and black bodies out of the present stories of the places they had called home for centuries before the arrival of settlers.

We can never know for sure whether children recorded their day-to-day encounters with, and speculations about, the idea of home and the geopolitical realities of the American Empire exclusively at the invitation of adults, or as an attempt to take part in the exciting “publics of childhood” that the juvenile periodicals had given shape to over the course of the 19th century.

But either way, it is critical to study these records to find out how empires (what I characterize as “multigenerational power constellations”) survived by making accessible pedagogical scripts that children of the white and wealthy could learn from and appropriate as times changed.

More crucially, they are critical to study because it is often through them that historians find early drafts of dissent toward colonial violence (even if playfully executed), and of deviation from binary thinking about colonialism (even if marked as “child-like” misreading).

In your own work, you draw on an analogy between geographic knowledge provided in home and school settings and the intimate cartography of the American nation/empire. How would you characterize the cartography-in-progress initiated by both American adults and children at the turn of the 20th century?

Sánchez-Eppler does something particularly generative for childhood studies: before delving into her study of Sunday school moral tracts for white, Christian American children, she likens the expansion of US economic and cultural empire to raising children as future citizens, soldiers, and servants (not the other way round).

I find this generative because, instead of sanctioning views that question childhood’s political involvement in the world of geopolitics, “Raising Empires like Children” centers the study of US Empire on childhood as an inherently political project.

She convincingly argues that empires learn from and owe to childhood in their attempts at survival and growth over generations.

This is where the common 19th-century views of nation as domestic space (nursery, household, family) and empire as the nation’s territorial and ideological outgrowth enter the discussion.

In my book, I engage with an intersectional conception of home as a liminal, racialized space where white, middle-class American children (often regardless of their gender) learned about an endless number of boundaries that linked them to, but also separated them from, “others.” “Cartography-in-progress” refers to the complex dynamics of imperial identity, aggressive global outreach, geographic knowledge formation, and racialized spatial ideology, all at work in these acts of mapping.