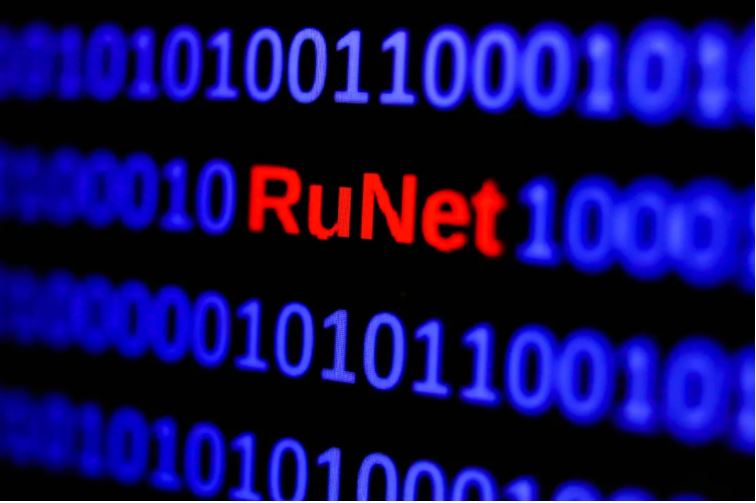 Cogent Communications sought to block large-scale Russian attacks on the internet. RuNet refers to the internet inside Russia.

Schaeffer’s company, which runs a big chunk of the internet backbone and sells access to it, had watched Russia’s military intelligence use the internet to launch online attacks. The company determined that some of those attacks had traveled over Cogent’s system.

He fretted that Cogent’s network could be a conduit for those attacks. So after several days of discussion, Schaeffer made a decision: Cogent would sever Russian customers’ connections to the outside internet on March 4.

Cogent’s decision was a remarkable step in the networking industry, whose companies pride themselves on the breadth, speed and reliability of their services. It was particularly important because Cogent is a giant, carrying about a quarter of the internet’s traffic. Its fiber-optic cable network stretches 100,000 miles and touches 51 countries.

Unplugging Russia is a big moment in the history of the internet.

Cogent’s action isn’t the only factor curtailing Russia’s online presence. A host of companies headquartered in the West have made it difficult for Russians to use their services. YouTube, for example, cut off ad revenue for Russian publishers. Apple and Microsoft halted product sales, and Adobe shut down its cloud-based services for creative pros and advertisers. Another international network provider, Lumen Technologies, ended its operations in Russia a few days after Cogent.

Russia also has taken actions that curtail the internet for its citizens. The government blocked Facebook, which could help Russians hear views independent from state-run media’s descriptions of the invasion. It plans to cut off Instagram on March 14. Twitter embraced the censorship-evading Tor technology after Russia moved to block the service.
Still, Cogent’s decision to pull the plug on service in Russia is among the most notable moves. Schaeffer acknowledges that Cogent’s action removed enough network capacity to prevent ordinary Russians from streaming videos from outside the country. But he says improving global security was a more important consideration.

“We were afraid that the scale could change dramatically,” he said.

Cogent’s high capacity network could be a conduit for online assaults like distributed denial of service, or DDoS, attacks, which flood a targeted website with so much data that it collapses under the load. Cogent also worried about other types of attacks, like router hijackings, that could benefit from its network capacity.

That’s why, after the company had begun trying to move its employees to safety, Schaeffer proposed cutting off Cogent’s Russian network connections. He sought input from across the company before making the decision and telling customers on March 3.

“Ultimately, listening to all sides, I felt that this was the right decision to make.”

After that, Cogent began reconfiguring its network to block each port connecting to its Russian network customers, removing them one by one from the routing tables that determine how data flows across networks. The Russian embassy didn’t respond to a request for comment.

Though Ukraine has called for a complete Russian internet cutoff, internet advocates don’t like the idea.

It turned down the Ukrainian request to cut off Russia.

But cutting off Cogent’s internet links to Russia damages the internet less than a major attack would, in Schaeffer’s view.

“We have seen the GRU specifically attempt to target routers that control the internet,” Schaeffer said, referring to the root servers. “We have had to harden that router server multiple times due to attacks originating in Russia. If you took down all 13, you would effectively render the internet useless within 12 hours.”

Cutting off Russia “sets a bad precedent in that you don’t want to splinter the internet,” Schaeffer acknowledges.