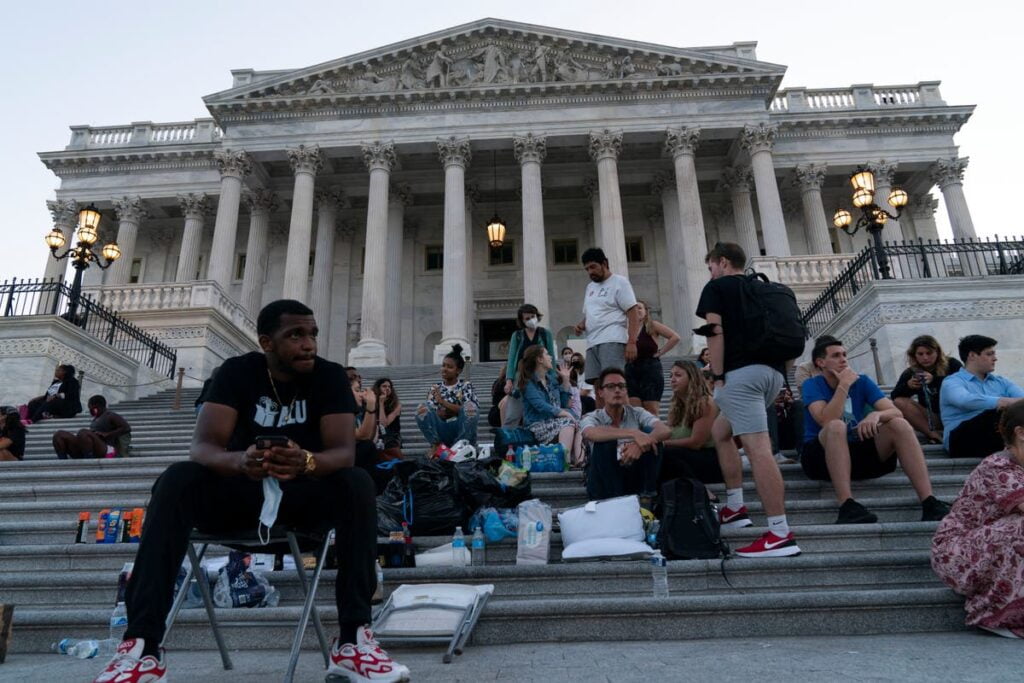 The White House moved to pressure state and local governments to swiftly adopt policies to protect renters after an eviction moratorium expired over the weekend, potentially pushing millions of Americans out of their homes.

In a statement on Monday, the White House emphasized that the federal government has provided $46.5 billion to keep renters in their homes.

The focus on states comes as President Joe Biden faces stinging criticism, including from some in his own party, that he was was slow to address the end of the moratorium. House Speaker Nancy Pelosi called the prospect of widespread evictions “unfathomable.”

The Congressional Black Caucus intensified pressure on the White House to issue an immediate extension. And one Democrat, Rep.  Capitol with Vice President Kamala Harris on Monday.

Some people were at risk of losing their homes as soon as Monday.

Late last week, Biden announced he was allowing the ban to expire. The White House said he would have supported an extension of the moratorium but pointed to the Supreme Court, which signaled in a 5-4 vote in late June that it wouldn’t back further extensions. Justice Brett Kavanaugh wrote that Congress would have to act to extend the moratorium.

Sperling said the administration will keep looking for additional legal avenues to keep people in their homes. Yet he stressed the complexity of the problem by also noting that the Trump administration developed guidelines for providing aid to renters and landlords that were unworkable.

“This is not an easy task,” Sperling said. “We as a country have never had a national infrastructure or national policy for preventing avoidable evictions.”

Pelosi, for her part, said that she welcomed the administration’s urging of states and cities to impose their own moratoriums. And she said Treasury Secretary Janet Yellen would hold a virtual briefing Tuesday with lawmakers as they push to more quickly ensure the states distribute the federal aid.

Rep. Maxine Waters, the powerful chair of the Financial Services Committee, has been talking privately for days with Yellen.

Bush, a St. Louis-area congresswoman, has been leading a protest at the Capitol since the eve of the expiration. Alexandria Ocasio-Cortez of New York and Sen. Elizabeth Warren of Massachusetts.

Senate Majority Leader Chuck Schumer and Sen. Bernie Sanders were among those stopping by to visit with Bush outside the Capitol. But she also talked briefly with Vice President Kamala Harris.

“Madam Vice President, let’s work together to get this done.”