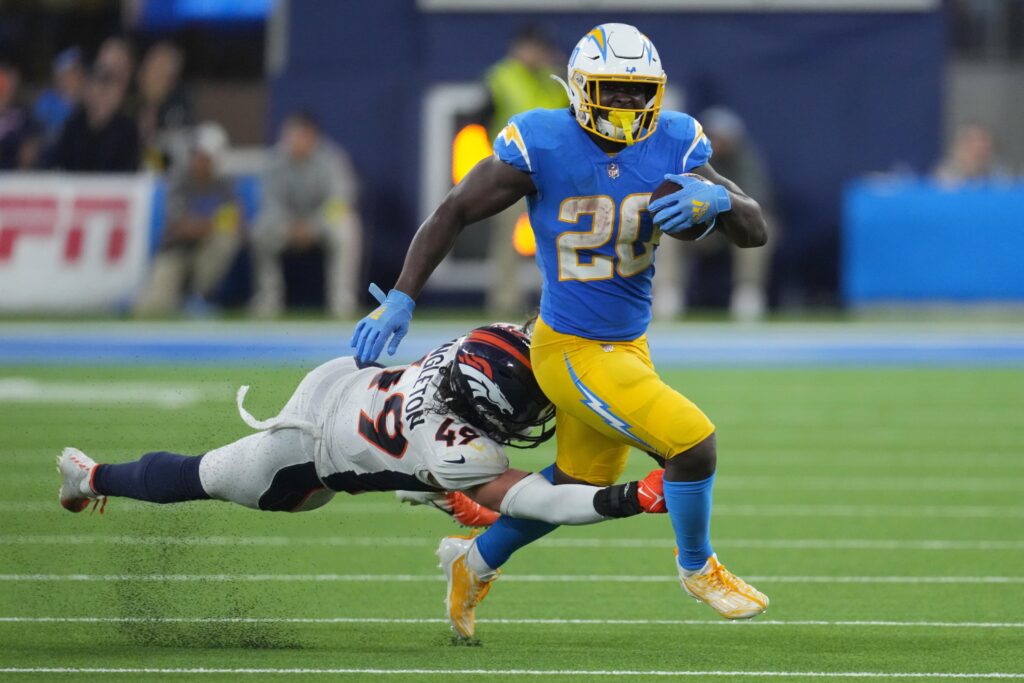 It’s fantasy football Week 7, and after a huge trade in the NFL on Thursday, a pair of Panthers running backs headline this week’s sleepers at the position.

There are plenty of running back sleepers this week in fantasy football. Whether it’s due to injury, or a massive Thursday night trade, this week’s group of sleepers has more upside than usual. Even if it’s a backup running back, or two backs splitting time, these runners could provide intriguing value this week. Let’s get into it.

It’s a game of seesaw every week trying to pick a change of pace back behind Austin Ekeler. It seemed like Joshua Kelley was running away with the job, but an MCL sprain derailed that progress, leaving Sony Michel as the lone reliable option behind the Chargers’ star.

Michel posted 11 total touches in the Chargers’ narrow victory over the Denver Broncos, and that could be a sign of things to come for the foreseeable future while Kelley remains out. It’s impossible to have a ceiling playing behind Ekeler, but if Michel can see 10-12 touches, especially against a bad Seattle defense, he’s an intriguing play.

Chubba Hubbard was the fill-in workhorse for Carolina last year when former starter Christian McCaffrey was hurt. This time, it may not be so simple. The Panthers added former Titan D’Onta Foreman in the offseason, who has operated as the number two back so far in 2022.

Panthers’ interim Head Coach Steve Wilks has stated that both Hubbard and Foreman will compete for the starting gig and that they’d ride the hot hand. It’s a tough situation in a bad offense, but Hubbard is an interesting PPR flier due to possible volume.