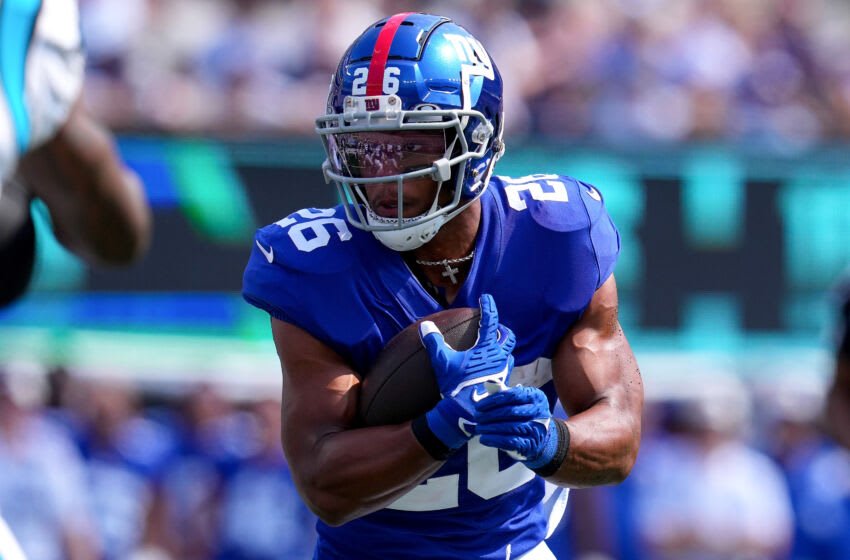 The NFL could have a drastic change in the running back landscape once the 2022 season reaches its conclusion.

The NFL landscape changed drastically on Thursday night. As the Arizona Cardinals took on the New Orleans Saints, the San Francisco 49ers negotiated a deal with the Carolina Panthers to acquire star running back Christian McCaffrey. With that, the 49ers look a lot more dangerous on paper that could propel them up the NFC power rankings.

When it comes to the running back situations of all teams, that could drastically change in the coming months. As ESPN senior NFL insider Adam Schefter points out, just take a look at all of the running backs set to hit free agency after the 2022 season.

As teams ponder a trade for Christian McCaffrey in the coming weeks, they also know this has the potential to be the richest and deepest free-agent RB class that the NFL has seen: pic.twitter.com/GRaMS0V35y

The top running back set to become an unrestricted free agent is Saquon Barkley of the New York Giants. He is having a career resurgence under new head coach Brian Daboll, as he has run for 616 yards and four touchdowns on a league-high 119 carries, while catching 21-of-26 targets for 155 yards.

Barkley’s rushing yard total is second behind Nick Chubb of the Cleveland Browns (649). Ranking third in rushing yardage is Josh Jacobs of Las Vegas Raiders (490). Miles Sanders of the Philadelphia Eagles ranks fourth in rushing yards (485). Both of them are also set to be free agents at the end of this season, as Jacobs had his fifth-year option declined, while Sanders’ rookie contract expires.

Given that these running backs rank in the top of the league, they could receive interest from teams next league year. There is the possibility that some of the top teams could look to add these running backs to their roster to improve their chances of reaching a Super Bowl. Let’s not forget that the Buffalo Bills do have a need at running back, and Devin Singletary is set to be a free agent as well.

It will be interesting to see if these players remain with their current teams, or if they will sign elsewhere come next March.