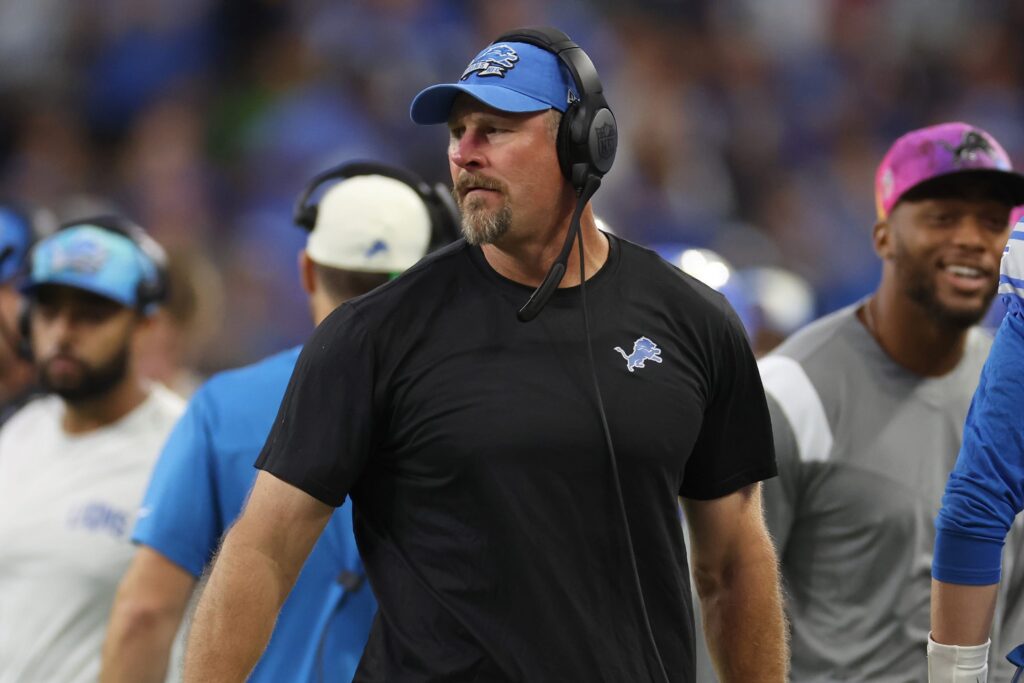 The bad coaches are starting to separate from the good on this week’s NFL hot seat watch.

Even with Matt Rhule out in Charlotte, expect for at least five-to-seven more NFL head-coaching vacancies to open up this season.

It may be closer to six than to eight, as there were a jaw-dropping 10 head-coaching changes last offseason. Some of that may have had to do with respected head coaches like Bruce Arians and Sean Payton either being reassigned or retiring. Either way, there will be way more than just the Carolina Panthers vacancy to sink our teeth into this offseason. What other jobs could open up?

Here are five head coaches who are under a bit of pressure a third of the way through the season.

NFL hot seat watch: What head coaches are under the most pressure in Week 7?

Dan Campbell needs to start winning some games to get a third season, man

For as much as we all loved Dan Campbell on HBO’s Hard Knocks and wanted to believe in his Detroit Lions this year, they need to start winning some fricking games, man. Detroit was on a bye last week, but only has one win on the season, man. The Lions’ 1-4 record is only outdone by crummy Carolina who has already punted on the year at 1-5, man. Detroit has to play better, man.

While there is no doubt that his guys do play hard for him, Detroit is not a completely talent-deficient roster, man. Other teams like the Atlanta Falcons, the New York Giants and the New York Jets are doing more with less than Campbell is, man. Because he is so beloved by Detroit, the Lions organization and across the NFL, Campbell will still probably get a third season at the helm, man.

However, if Detroit is picking inside of the top five again, it might be time to make a change, man.