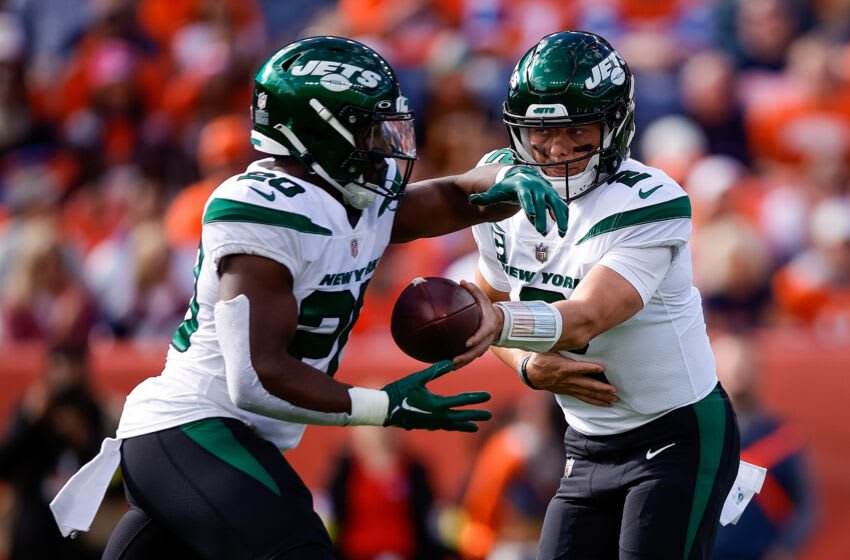 The New York Jets are worried that rookie running back Breece Hall suffered a serious knee injury, putting a damper on the win over the Broncos.

The Jets improved to 5-2 on Sunday but it wasn’t without a cost.

During the 16-9 victory over the Broncos, rookie sensation Breece Hall went down with an injury. Unfortunately, it doesn’t look good for him playing again this season.

An ACL tear would mean the end of Hall’s rookie season.

The Jets drafted Hall out of Iowa State and he has been well worth his second-round selection.

On Sunday, he opened the scoring with a 62-yard run. He had four carries for 72 yards and a touchdown before his injury.

New York slowly but surely started to lean on Hall more as this season played out. He scored touchdowns in each of the last four games while tallying 463 yards on the ground. He also had 19 catches for 218 yards and a touchdown through the air.

That output had Hall in the running for the NFL Rookie of the Year Award. If the initial prognosis is correct, then he won’t be able to continue his pursuit of that honor.

It’s a shame that an emerging young star went down just as he was starting to establish himself as a key playmaker. The only thing he’ll be able to do know is put his all into his recovery.

The Jets are off to a storybook start in 2022. They’ll have to find a way to add to their four-game winning streak without Hall.

Who can fill the gap? Michael Carter is the next man up.