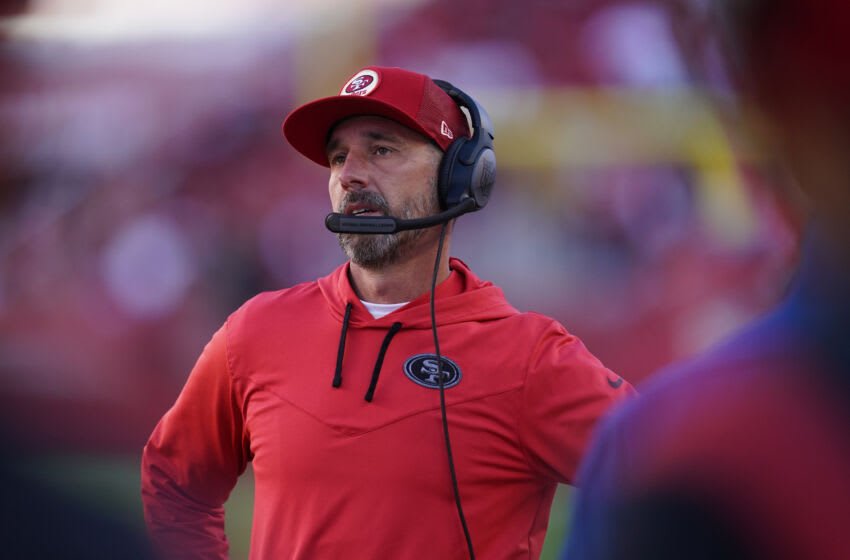 The San Francisco 49ers defense was no match for the Kansas City Chiefs offense in their Week 7 matchup.

The San Francisco 49ers were the story of the NFL towards the end of the week, after they acquired running back Christian McCaffrey from the Carolina Panthers. Even though he arrived to the team this past Friday, the team still played him in their Week 7 game against the Kansas City Chiefs on Sunday.

Even with McCaffrey added to the offense, they were still no match to the high-powered offense of the Kansas City Chiefs, who went on to win 44-23.

The 49er’s defense was no match for the Chiefs offense, and the statistics prove it. San Francisco surrendered an average of 9.1 yards per play to Kansas City, which is the second-most allowed by a team this season, and the most surrendered by a 49ers team since 1965, per ESPN Stats and Info, via ESPN’s Nick Wagoner.

That’s the second-most allowed by any defense to any team this season and the most allowed by the Niners in a game since 1965, per @ESPNStatsInfo research.

49er’s defense had a horrendous statistical game vs. Chiefs

That is not ideal.

The 49ers did at one point cut their deficit to 28-23 in the fourth quarter on a 15-yard touchdown pass from Jimmy Garoppolo to George Kittle. But then, the Chiefs pulled away after a three-yard touchdown run by Mecole Hardman, a safety on a sack recorded by Frank Clark, and a 45-yard touchdown reception by JuJu Smith-Schuster.

Quarterback Patrick Mahomes completed 25-of-34 pass attempts for 423 yards and three touchdowns while throwing one interception.

The 49ers will look to put this game behind them next week when they take on the Los Angeles Rams before their bye week.