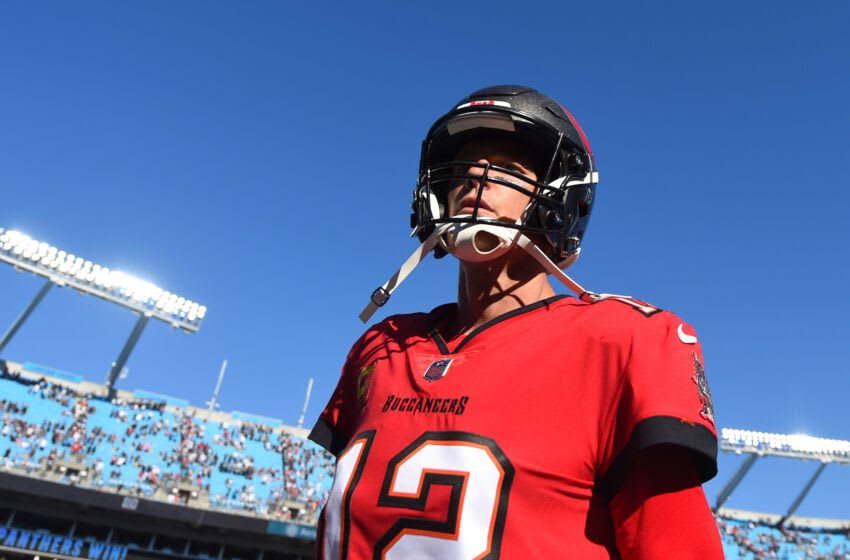 Antonio Brown spent another Sunday making fun of Tampa Bay Buccaneers quarterback Tom Brady because he’s got nothing better to do.

Antonio Brown doesn’t have football or his reputation anymore. All he seems to have is the ability to troll Tom Brady on social media.

Brown took to Twitter after the Buccaneers lost to the Panthers on Sunday to gloat at his former teammates.

That’s just more talk from a little man who wasted his talent and his chance at a Hall of Fame career in both silly and despicable ways.

This is par for the course from Brown lately. Owing Brady for his Super Bowl ring wasn’t enough. Now AB needs to make his entire social media personality about the quarterback.

To each their own.

The Bucs haven’t been at their best this season. While they won their first two games against the Cowboys and Saints, they’ve gone 1-4 since including Sunday’s loss to a Panthers team that recently fired head coach Matt Rhule and traded Christian McCaffrey. They’ll face the Ravens next week, so there’s a decent chance the bleeding won’t stop with this loss.

Brady and Tampa Bay have seen better days but at least they’re playing football and have a chance to turn things around this season. There are much worse things in life than losing a football game and getting made fun of by an immature ex.