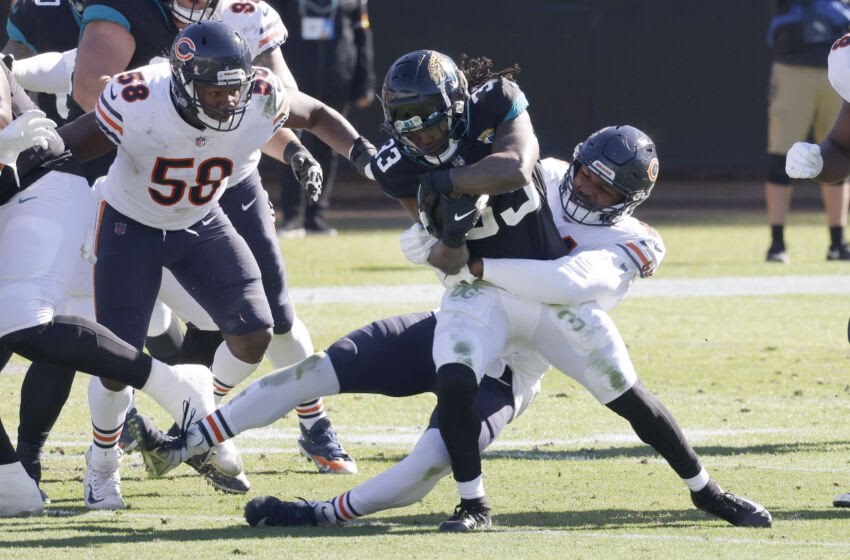 Which Patriots wide receivers will be gone by the trade deadline? by Rylie Smith

Chicago Bears linebacker Roquan Smith broke down during a press conference upon hearing that Robert Quinn was traded to the Eagles.

The locker room in the NFL is sacred, and losing a teammate via cut or trade is hard. Just ask Roquan Smith about Robert Quinn.

On Wednesday, during a press conference, the Chicago Bears linebacker broke down at the podium when hearing that his defensive teammate would be leaving and heading to the Philadelphia Eagles in exchange for a fourth-round pick, per Adam Schefter.

The Bears are just coming off a thrilling win over the Patriots, and this news comes at a shocking time, but it had to be made. The franchise is still rebuilding and will need all the draft capital it can get.

Roquan Smith didn’t mince words. It sucks for the Bears to lose one of their captains. Despite the production not being as high last year, Quinn was still a strong voice in the locker room, and to see him go is a hard pill to swallow.

That said, the NFL is like this, and it’s a tough business, but the Bears need the draft capital to rebuild. While they will eat a majority of the contract, a fourth-round pick is not a bad return. Moreover, it opens the door for rookie Dominique Robinson to get more snaps and showcase his athletic ability.

Meanwhile, the Eagles continue to maximize what they have on their roster, as they are still undefeated and heading into a matchup with the Steelers. The Birds will need all the pass rush they can get if they want to continue on this incredible run that they have, which includes Super Bowl aspirations.