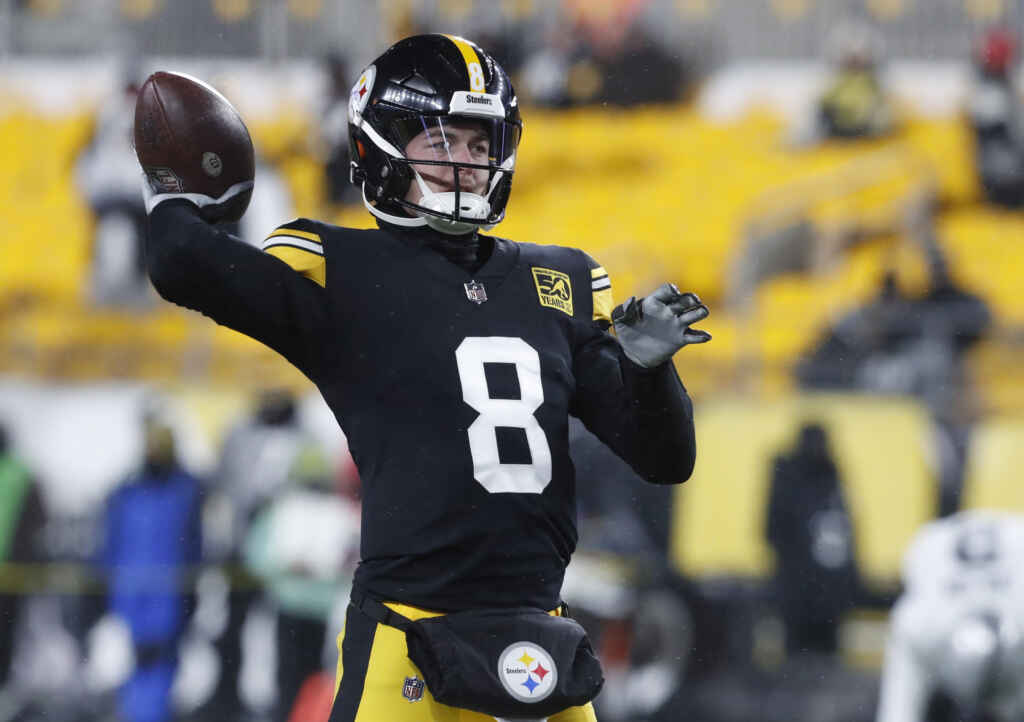 Fans clamored for Kenny Pickett after enduring weeks of Mitchell Trubisky. They watched as the rookie struggled, then started to come into his own in the latter half of the season. Now they’ve seen what he can do when he really cooks and what the future might hold for him and the Steelers.

Pickett was 7-of-9 on that final drive, accounting for all 76 yards himself. One of those yards was a one-yard fourth-down conversion on the ground.

It was the kind of drive that had people wondering why the Steelers’ offense couldn’t always be that effective.

The simple answer for that is offensive coordinator Matt Canada. His uninspiring scheme and playcalling have held Pickett and Pittsburgh’s offense back for long enough.

Fans are ready to see what heights the quarterback can reach with a better offensive coordinator running the show.

Kenny Pickett has looked so good recently. This play calling his holding him back so much though and it shows. If we can just get a few pieces on the OL for Pickett and banish Matt Canada for Pittsburgh we’ll be fine on offense for the foreseeable future #HereWeGo #Steelers

Pickett is so good rolling out of the pocket. Canada is such an idiot for not trying that more often. #steelers

Pickett finished 26-of-39 for 244 yards, one touchdown nd one interception.

For three quarters, the Steelers offense struggled to put points on the board. They managed just three, in part because of two missed field goals.

Things took a turn in the fourth quarter. Chris Boswell knocked through a 40-yard field goal early in the period. Thanks to multiple impressive stops by the Pittsburgh defense, Pickett and company got the ball back with just under three minutes to play trailing by four.