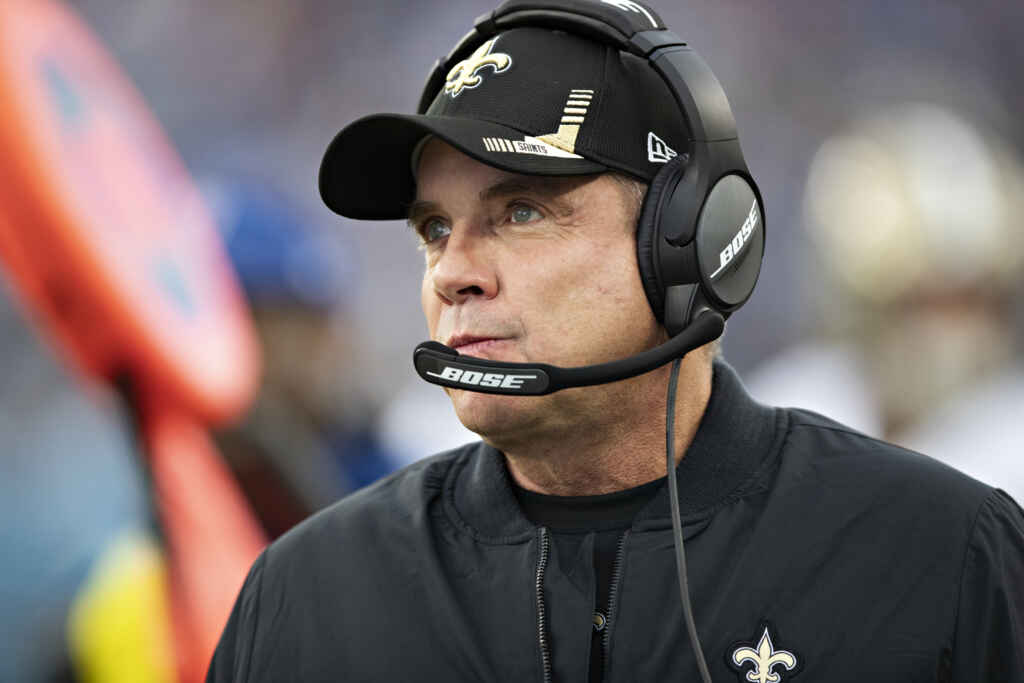 NASHVILLE, TENNESSEE - NOVEMBER 14: Head Coach Sean Payton of the New Orleans Saints on the sidelines during a game against the Tennessee Titans at Nissan Stadium on November 14, 2021 in Nashville, Tennessee. The Titans defeated the Saints 23-21. (Photo by Wesley Hitt/Getty Images)

It seems a matter of when not if the New Orleans Saints are going to trade future Hall of Fame head coach Sean Payton.

Payton surprisingly walked away from the Saints this past offseason, but the idea among fans always seemed to be that his absence wouldn’t be permanent. If anything, Payton was using a well-deserved break from the NFL after reviving the Saints franchise and delivering a Super Bowl over the course of his decade-plus tenure on the bayou.

To be fair, there have been rumors swirling about Payton’s future beyond New Orleans dating back to when he was still with the team. A long standing rumor was that he was holding out for the Dallas Cowboys job to open up, but Mike McCarthy seems to be holding it down for the time being.

Payton’s return to the NFL has seemed inevitable, and the list of teams he could coach continues to grow by the week. After firing Nathaniel Hackett, the Denver Broncos have joined a list that includes the Arizona Cardinals and Houston Texans as potential landing spots for Payton.

Even the Saints were briefly rumored to be considering replacing Dennis Allen with Payton, although that rumor seems to have been shot down. For what it’s worth, Allen was on Payton’s staff going back to 2015 and the idea of him swooping in to steal a head coaching opportunity away from one of his guys seemed un-Payton-like.

But any team trying to gain Payton will have to depart with something.

According to ESPN’s Adam Schefter, the Saints are expected to ask for at least a first-round pick for Payton from any team inquiring about his services.

It doesn’t seem like that long ago that the idea of trading a head coach seemed a bit strange. Trades involving head coaches don’t happen often, but when they do it oftentimes is monumental in one way or another.

Some pretty notable head coaches have been traded to new teams in recent history, and all seemingly carry the price tag that the Saints will be looking for in a deal for Payton.

Not all coaching trades are blockbusters, though. The Cardinals traded Bruce Arians to the Buccaneers back in 2019 for a seventh round pick.

Those trades, including the Arians deal, resulted in nine Super Bowl appearances combined among the teams that acquired the coach. Only two teams that traded coaches away made trips to the Super Bowl — the 2002 Raiders and the 2010 Packers — with none of the picks moved providing much of a foundation for a future without the coach who was just traded.

Of course, the Saints are right to demand premium draft capital in return for Payton, but it’s food for thought that not all of the trades worked out for the team shipping its coach off.