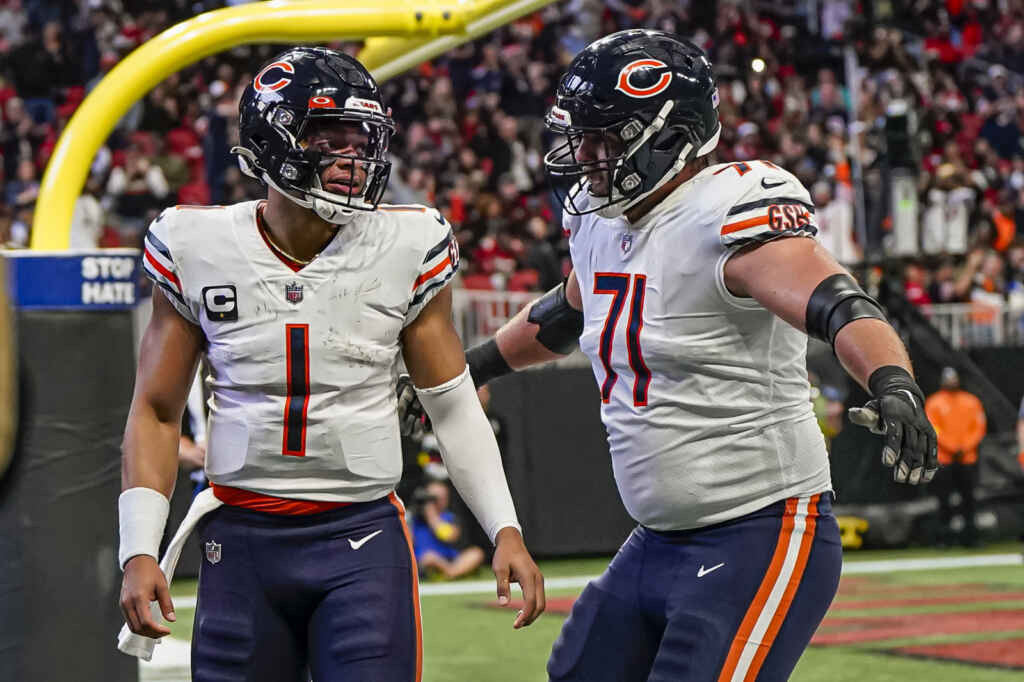 2023 kicks off with a monster slate of NFL action this Sunday, with temperatures feeling like we’re still in the fall of 2022, rather than the cold of winter.

That’s good news for scoring, as the coldest temperature game of the day takes place in Green Bay, well-above freezing at 37 degrees and clear skies at the 4:25 p.m. ET kickoff.

With warmer weather comes more points, and there’s plenty of matchups to cash in on the “anytime touchdown scorer” props available.

Below are my three favorite plays for Week 17 to find the end zone, ranging in odds from as low as near-even money, to as high as +650 on the board.

Prior to the last two games vs. two of the best defenses in the NFL, Fields had scored seven rushing touchdowns for Chicago in his previous six games.

Now, he faces a Lions’ defense that gave up a rushing touchdown the week prior to Sam Darnold and has allowed the second-most touchdown scores to quarterbacks this season with seven.

Perhaps even more of a reason to back Fields? Detroit is dead-last in the NFL in rushing yards allowed to quarterbacks, giving up 558 on the season. Only the Lions and Miami Dolphins have allowed 500-plus rushing yards to QBs in 2022, with the third-worst team being the Philadelphia Eagles at 409.

Conklin has two things in his favor when the Jets head to the Pacific Northwest later this afternoon.

First, Mike White is back under center for the Jets, and as the numbers back up, the Jets will be throwing much more frequently with him under center compared to Zach Wilson.

Secondly, the matchup is juicy. Seattle ranks dead last in yards/catch to tight ends this season, while also giving up eight touchdowns to the position and the third-most receiving yards against.

Conklin has been targeted four times in the red zone this year. He’s caught a touchdown on three of his four targets. I’ll back him to grab another today.

If we’re going to be targeting Justin Fields to put up points, we’ll certainly want to do the same with the Lions as they go up against one of the most beat-up and broken down defenses in the NFL for Chicago.

Jared Goff has thrown 20 touchdown passes at home compared to just six on the road, and via Sharp Football Analysis, Wright leads all Lions players in routes run inside the five-yard-line.

The Bears are in full tank mode against a Lions’ team desperate for a win to keep their playoff hopes alive. They’ll move the ball with ease vs. Chicago, and when they’re in the red zone, trust Goff to find his trusted target.

Follow all of Ben’s betting plays in real-time HERE!