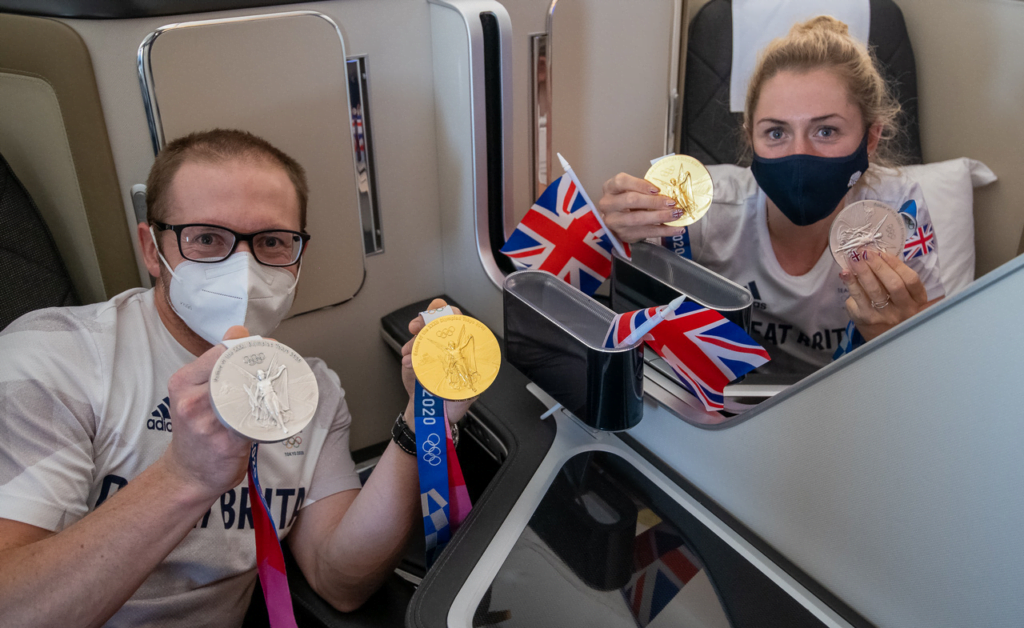 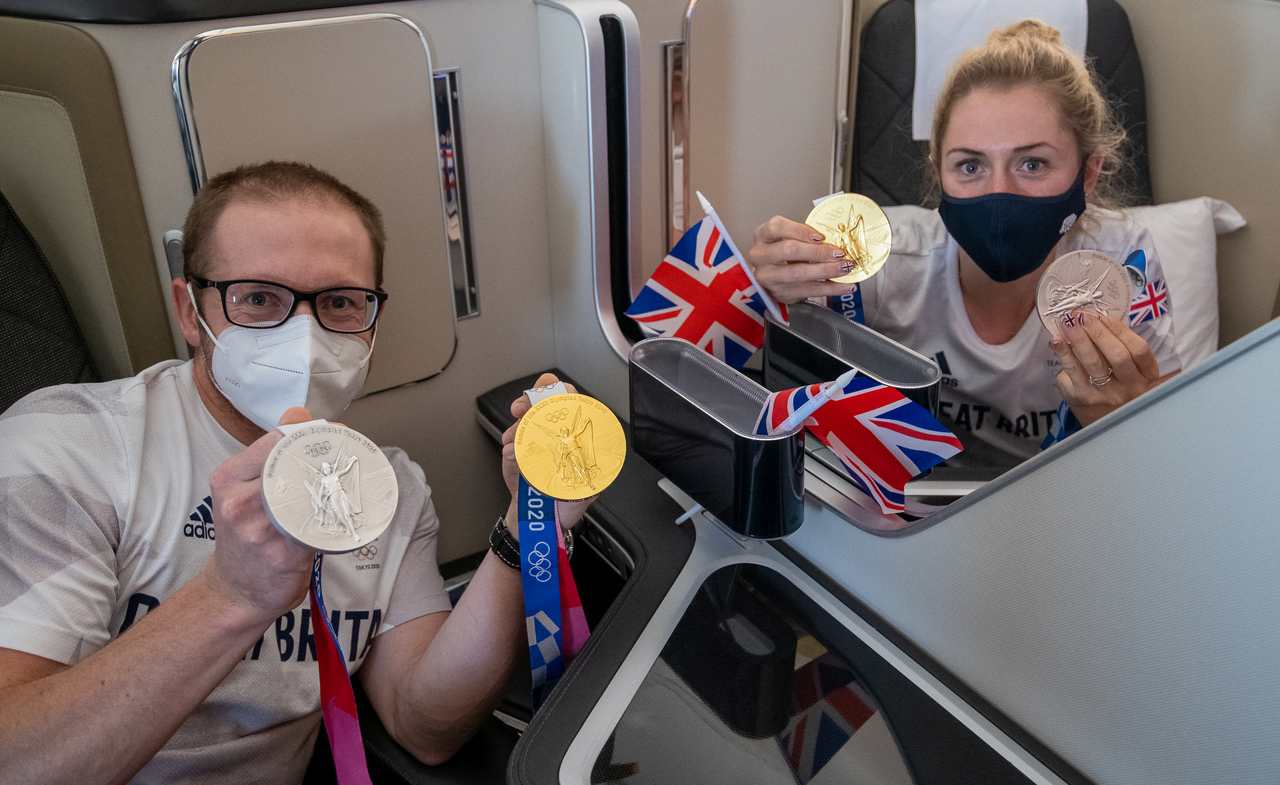 Over the last two weeks British Airways was proudly flying Team GB home from the Tokyo 2020 Olympic Games, with the final flight carrying Olympians due that landed on 9 August.

The airline has welcomed tens of competitors across a wide range of sports back to the United Kingdom after an incredible Tokyo Games, with Team GB matching their overall medal haul of 65 from London 2012, when they competed on home turf. The airline has announced that to celebrate the team’s success, it will be giving all medal winners an executive card status to match the medal that they won in the Games.

On board the final flight back to the UK are eight gold, nine silver and three bronze medals, weighing a combined weight of 10.298 kilograms. The remaining athletes flying home with British Airways are from the boxing, track cycling, modern pentathlon and the athletic teams.

Among the incredible team members on the flight were Laura Kenny, Team GB’s most successful female athlete who carried the Union flag in the Closing Ceremony and her husband, Jason Kenny, the most successful British Olympian after he won his seventh Olympic gold medal in the men’s keirin.

Once the aircraft landed, the athletes were led through by the carrier’s staff to the arrivals hall in Terminal 5 at Heathrow Airport to reunite with friends and family after spending so long apart.

Tom Stevens, British Airways’ director of brand and customer experience, said: “We are so proud to be the airline partner for Team GB and we are in awe of the team’s achievements in this year’s Olympic games. The event has brought the nation together, and watching our athletes compete in challenging circumstances, after a year of uncertainty is something to be admired and will inspire many people. From all of us at British Airways, we want to congratulate Team GB on their incredible success and look forward to seeing the final athletes reunited with their loved ones.”

The airline is also the proud airline partner of ParalympicsGB and will be carrying the athletes to and from the Tokyo 2020 Paralympic Games which starts on 24 August.