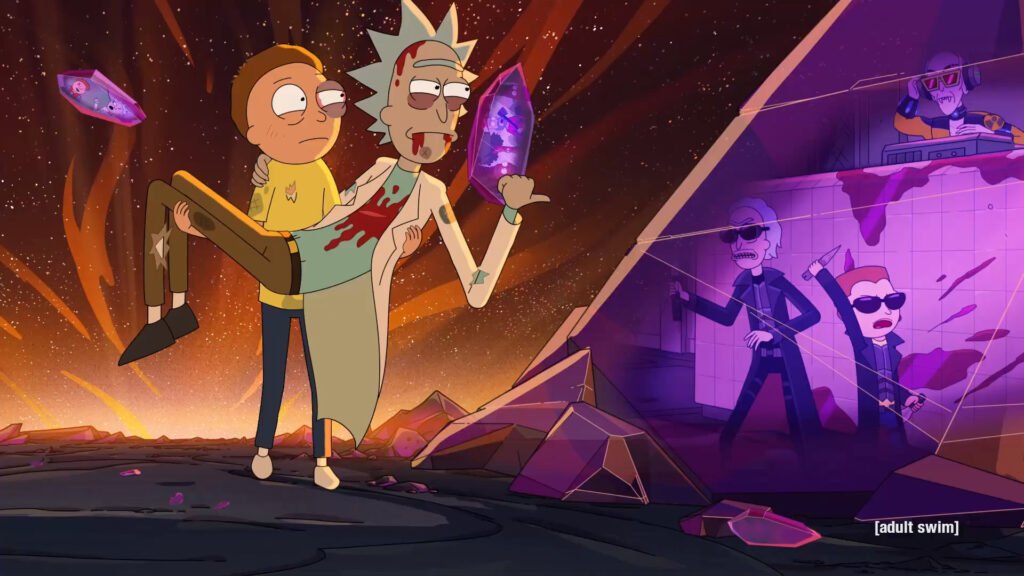 Rick and Morty is getting ready for a special new immersive episode ahead of Season 6 of the series! The highly anticipated original animated series is gearing up to return to Adult Swim early next month, and part of the major tease for the new episodes have been a series of mysterious trailers hyping up “Wormageddon.” This was teased to be tied into the events of the Citadel’s destruction at the end of the fifth season, and only recently was it confirmed to be a huge new event bringing in fans around the world to discover real world locations.

Following a promo hyping up its story, Adult Swim has officially announced that Rick and Morty: Wormageddon will be a new global fan experience with 14 custom scenes unveiled at special locations around the world. These involve huge statues showing off various characters fighting cede worms cracked out the Citadel egg we have seen in the trailers, and the first of these new displays is located at Casa de Cultura Jesús Reyes Heroles in Mexico City. The statue stands 13 feet tall, 12 feet wide and 14 feet long, and depicts Rick and Morty’s Beth Smith and Supernova fighting cede worms. You can check out the first Rick and Morty: Wormageddon scene below:

Adult Swim describes Rick and Morty: Wormageddon as a “global ‘living episode’ and treasure hunt” that will show off 14 unique scenes that bridge the gap in between the events of the Season 5 finale and Season 6 premiere. These scenes are on every continent other than Antartica and will be revealed nearly every day leading into the premiere of the sixth season on September 4th on Adult Swim at 11:00PM ET. They tease Wormageddon’s story as such:

“Facing a threat of complete global destruction, the heroes and anti-heroes of Rick and Morty will team up against #WORMAGEDDON.  Between the destruction of the Citadel of Ricks at the end of season five and the beginning of season six, a new threat lands on Earth in the form of a mysterious alien worm that aims to take over the planet.”

There will be a special prize for the first fan to find the nine hidden locations in the event, so now’s the time to get moving if you want to help put a stop to Wormageddon too! What do you think of this special new event for Rick and Morty Season 6? How do you think it ties into the events of the new season? Let us know all of your thoughts about it in the comments! You can even reach out to me directly about all things animated and other cool stuff @Valdezology on Twitter!