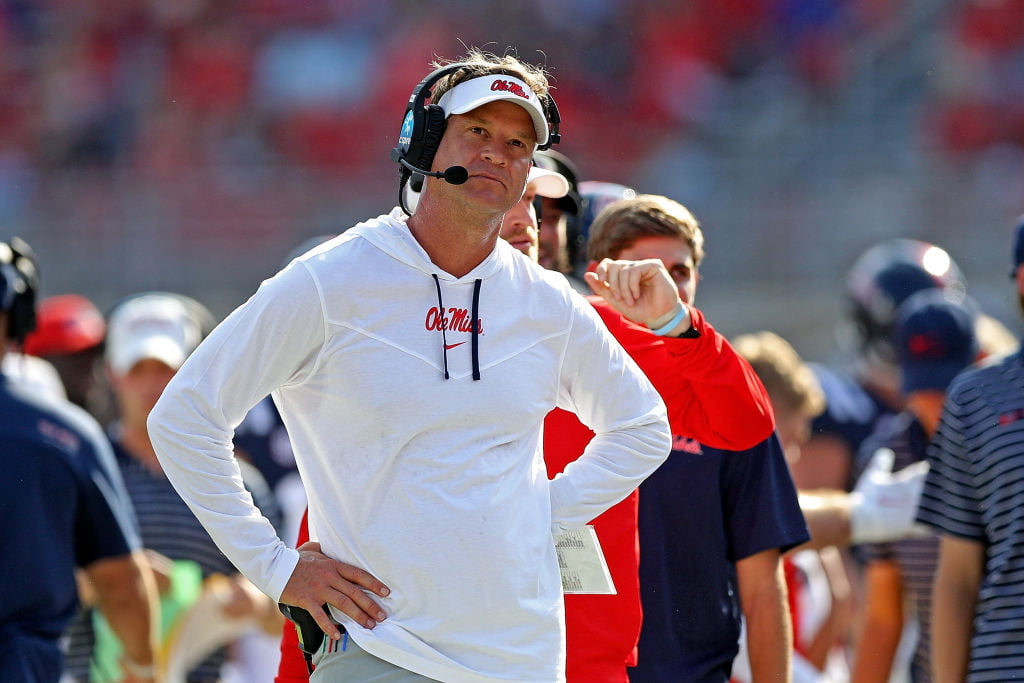 If there’s one thing about Lane Kiffin that will never change, it’s certainly his sense of humor and new-found honesty. While on the SEC teleconference Wednesday, Kiffin took a shot at Texas A&M and its NIL recruiting. Kiffin did so while discussing the loss of DC D.J. Durkin.

During the conference, Kiffin was asked about losing Durkin to the Aggies last season, as a weekend meeting in College Station looms. Lane made it clear that the Rebels tried to keep Durkin, but were ‘outbid’ by the Aggies. That’s something that’s become a ‘common theme’ in regards to Texas A&M.

“We got out bid. Kind of common theme with that program,” Kiffin said in regards to the Aggies poaching D.J. Durkin.

Lane Kiffin is no stranger to the NIL discussion. He was one of the first coaches to call it like he see’s it, comparing NIL to NFL free agency. The war of words between himself and Jimbo Fisher led to a fun exchange between the two throughout media availability.

“We don’t have the same funding and resources as some of these schools do for these NIL deals, so it’s basically like dealing with different salary caps,” said Kiffin. “We now have a sport that has completely different salary caps. And some of these schools are, like, whatever, five to ten times more than what everybody else can pay the players. I know nobody uses those phrases, but that is what it is.

“I joked the other day I didn’t know if Texas A&M was going to incur a luxury tax with how much they paid their signing class,” Kiffin added.

Jimbo Fisher didn’t hold back when discussing his colleagues in the business during a press conference almost nine months ago.

I think it’s safe to say that the Jimbo Fisher-Lane Kiffin feud won’t be dying down before Saturday’s kickoff.