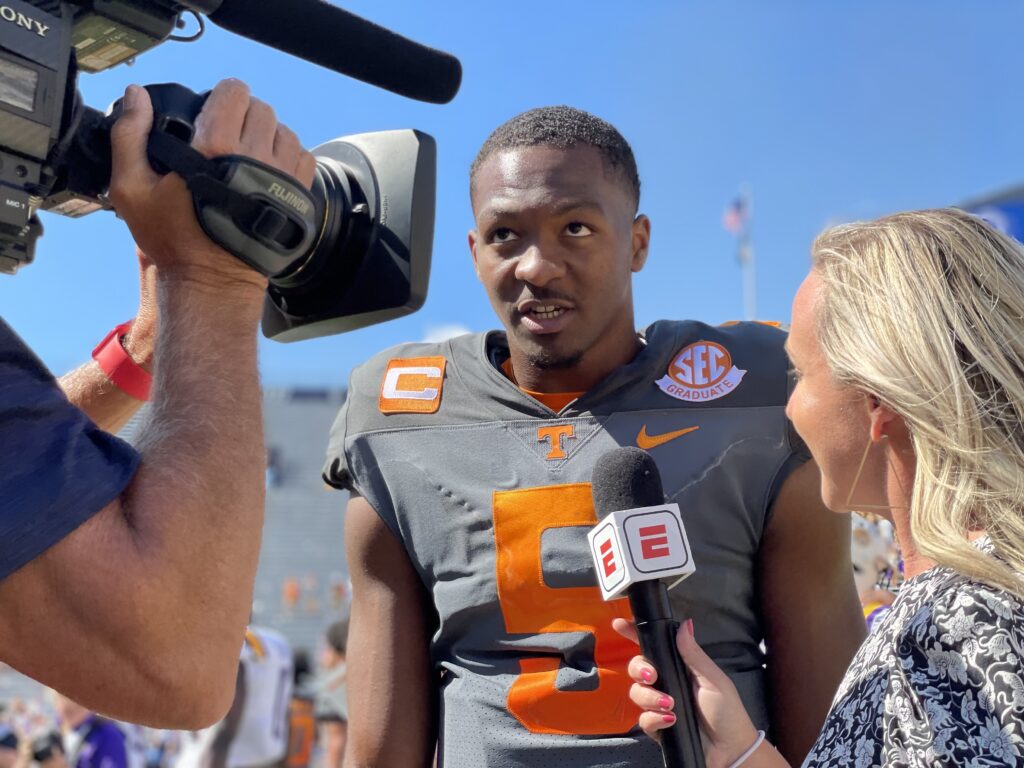 KNOXVILLE, Tenn. — The past two months for Tennessee’s football program has been a rollercoaster of emotions that not many expected, if any.

In their own way, the same can be said for Kentucky, with two losses coming at the worst time and the team two hours south of them currently riding a seven-game winning streak.

The outside noise is starting to get louder, as expectations stay on the rise for Tennessee, while Kentucky sits in the background waiting to pounce and ruin it all.

Over the past two days, a lot of the talk in the SEC has centered around the matchup with Georgia.

A lot of ‘What If’s’ have been floated surrounding a game that could pit two top-5 teams against each other in a potential SEC East eliminator.

Standing in the way of this potential historic matchup is Mark Stoops and his Wildcats, who are looking to wreck the Vols’ aspirations. It has to be overwhelming for some of these Tennessee players, right? Defeating Florida at home, going on the road to LSU, with some thinking it would be the wake-up call for Josh Heupel’s group — then dismantling the Tigers, raising expectations further on a national level.

One day later, the week of non-stop buildup for Alabama began, with fans and media pundits like myself picking the Vols and setting expectations for them to snap a 15-year losing streak.

Not only did they beat Alabama, they did it with a drive in the final :15 seconds and a walk-off field goal.

Tennessee Continues To Successfully Block Out The Noise

How can a group that has raised expectations for the past two months continue to be so level-headed?

Staying focused and blocking out the noise is one thing. Being able to regroup after every win shows how dedicated this group is to win. For a team that entered the season with 8-4 or 9-3 type vibes, they’ve shown the ability in not allowing the previous week to carryover.

When asked about how his team has blocked out the noise, Josh Heupel said he’s ‘absolutely’ been surprised, considering every player on this team hasn’t experienced these types of wins or expectations.

“Up until this point, absolutely. We’re still in the beginning stages of this journey, really the halfway point… So far, these guys have handled it the right way. There are still things that we pointed out today, not just on the field performance, but in our preparation that can be better.”

Kentucky Looking For Redemption And To Spoil The Party

As we head toward the backstretch of SEC play, Kentucky is looking to spoil the fun in Knoxville. In the Mark Stoops era, Kentucky has beaten eight ranked teams, the last one coming in 2021 against Florida.

Knocking off #3 Tennessee would not make the losses to Ole Miss and South Carolina sting any less, but it would be the biggest win for Kentucky under Stoops.

So, as we head towards this matchup on Saturday night, the Vols better be ready for a fight.

Behind Will Levis and Chris Rodriguez, the Cats’ are dangerous, especially in the trenches. 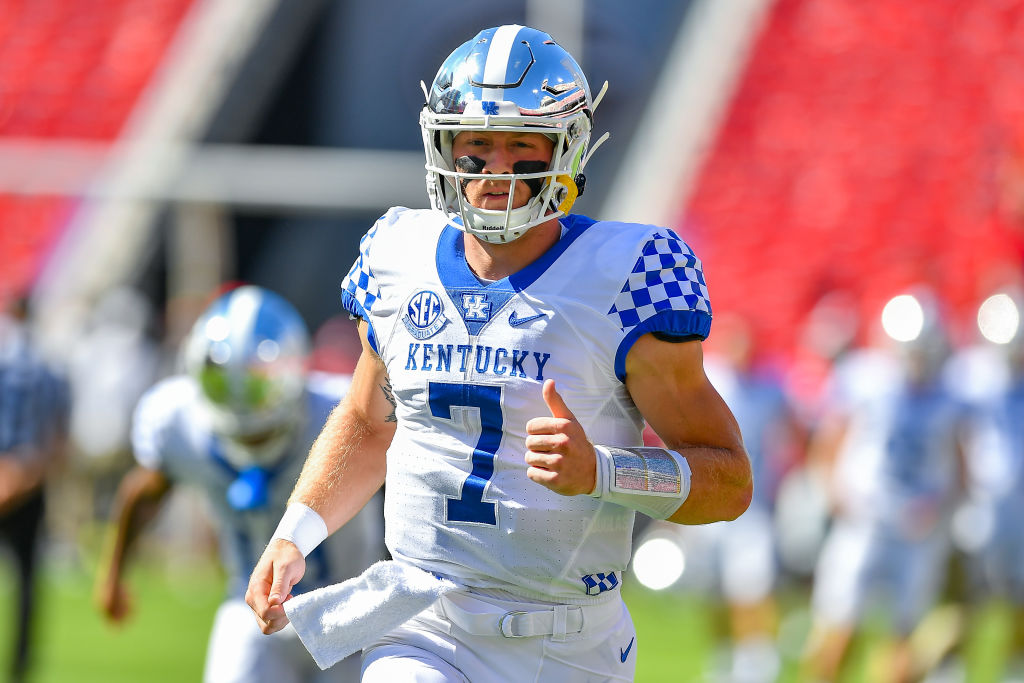 For a season that has not lived up to preseason expectations, knocking off Tennessee would be the perfect way to end the month of October for the Wildcats; accomplishing it one week before the Vols travel to Athens would be even sweeter.

After making his season debut against Ole Miss, Chris Rodriguez has 436 total yards of offense, with 3 touchdowns. Rodriquez has rushed for over 100 yards in the past two games, leading the Wildcats to a win over Mississippi State with 197 yards and 2 touchdowns.

Regarded as one of the best running backs in the SEC, Kentucky will look to eat up the clock with a heavy dose of Rodriquez on Saturday.

If the Wildcats can establish a rushing attack, it will lead to Will Levis testing the Vols’ beat-up secondary with the play-action.

It’s simple — if Tennessee wins, their eventual date with the Bulldogs will be the biggest matchup on paper in a very long time. The winner of that game in Athens will most likely be playing in Atlanta for an SEC Championship. But, here’s the kicker. If Kentucky upsets Tennessee on Saturday, the Vols will still be playing for first place in the East, although the game would lose a lot of its luster.

As for Kentucky, beat Tennessee on Saturday and then pray that the Vols upset Georgia next weekend. This would set up a matchup between the Bulldogs and Wildcats on November 19th that could potentially be for a spot in the SEC title game.

I hope folks are truly paying attention to this matchup on Saturday because there are certainly more implications than meet the eye.