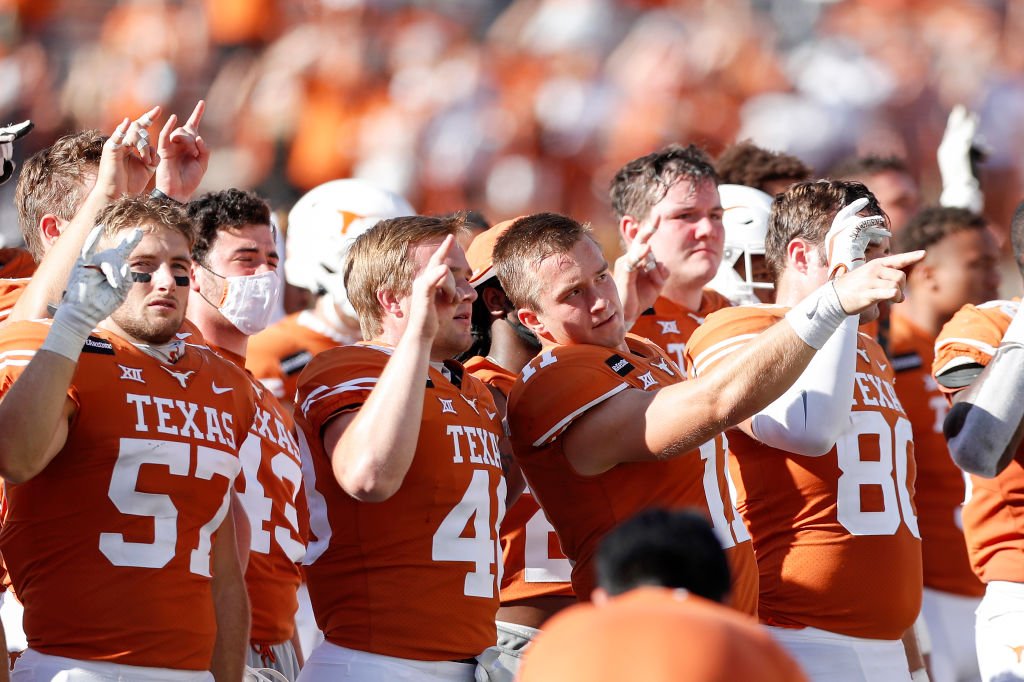 Texas coach Steve Sarkisian opened his news conference Monday by apologizing to Longhorn fans for leaving the field before ‘The Eyes Of Texas’ was played following Saturday’s loss to Oklahoma State.

Sark then promised that it would “never happen again.”

Not singing ‘The Eyes Of Texas’ is a big no-no in Austin, win or lose.

As you probably remember, the song was nearly canceled during the summer of social unrest in 2020 when some players objected to singing it because of “racist undertones.” The Texas chapter of the NAACP even filed a civil rights complaint over its continued use.

The school formed a committee that November to investigate the claims, and it found that there was no racist intent with the song, which was written in 1903.

Former Texas coach Tom Herman was criticized when he gave players the option to sing it, but Sarkisian made it clear at his first presser in Jan. 2021 that there would be no option.

Steve Sarkisian and most Texas players left the field before ‘The Eyes Of Texas’ after Saturday’s loss to Oklahoma State. (Photo by Tim Warner/Getty Images)

Which brings us back to Saturday, where only a handful of players stayed on the field in Stillwater to sing it.

“I think our players just followed me up the ramp into the locker room,” Sarkisian said Monday. “I apologize to everybody for that. That’ll never happen again. But again, it was not intentional. It was not premeditated by any means.

“That was just a mistake on my part. Nothing to do with the players. They had followed my lead on that. So that won’t happen again.”

Fans, of course, quickly noticed the … lack of participation … after the final whistle.

Needless to say, they had some questions.

My son took this pic of about 25% of our UT players present for the Eyes of Texas, couple this disgusting scene with the scuffles the tv showed Redd having with fellow UT players it seems that we have a team discipline problem like we had last year…. pic.twitter.com/BwuyqtMqoo

Take note of those that stayed. Leaders!

Win or lose, players should respect their school

Time for another players only meeting? Or are we at the point of the season when assistant coaches get canned? Before the inevitable 5-7 finish and watching bowl games from home. Need to come up with a clutch win over Kansas to get to a bowl game. Sounds familiar.