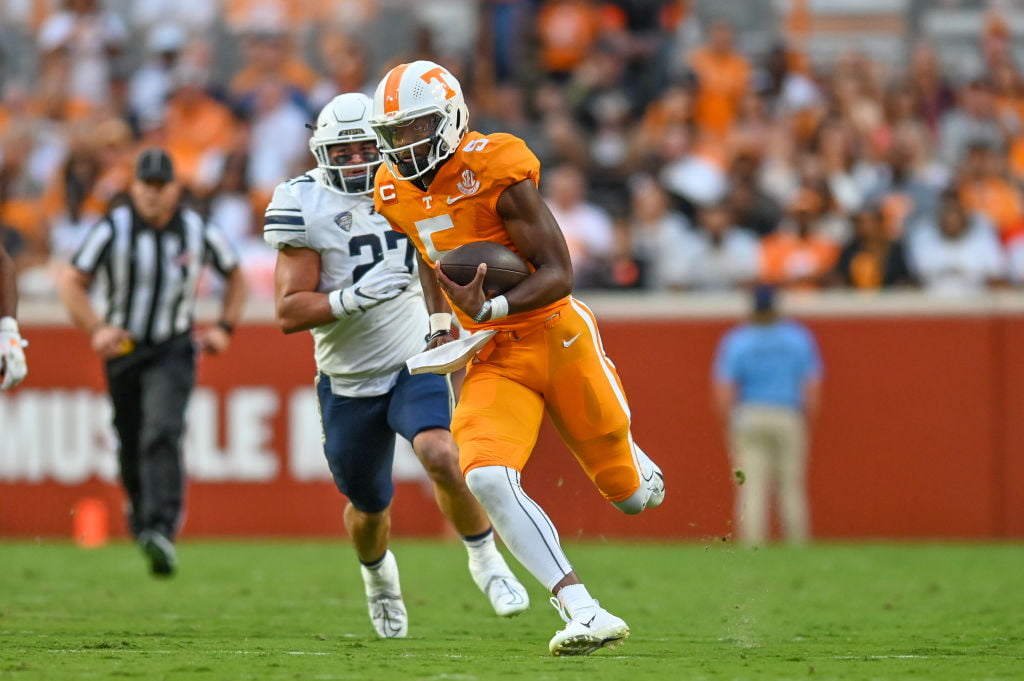 Here we go again, another big weekend in the SEC awaits. The top-25 showdown between Tennessee and Kentucky will lead the way. But, we’ll see if Florida can put up a fight against Georgia in Jacksonville.

Not only does Texas A&M need a win, we’re still searching for some type of life out of this Jimbo Fisher offense. A matchup with Lane Kiffin and Ole Miss comes at the wrong time for a struggling Aggies team.

Another Top-25 matchup for Tennessee s Kentucky heads to Knoxville this weekend in an SEC East showdown. The Vols offense is rolling behind quarterback Hendon Hooker, whose had a fantastic season to date. Even though the Wildcats season had taken a turn over the last few weeks before the Mississippi State win, Kentucky will not need any extra motivation for this one.

The biggest question entering this game is how can Kentucky expose the Vols secondary. We know what Chris Rodriguez can do rushing the football, but can Will Levis make enough plays down the field is the concern. If Tennessee turns this game into a shootout, can the Cats’ keep up? We all witnessed last year’s game come down to the fourth quarter, but this feels like a game that will be won in the trenches.

The possible return of Tennessee wideout Cedric Tillman could make life miserable for the Kentucky defense, given that Jalin Hyatt has become a major problem. This game will be won along the line of scrimmage, with Levis being sacked over 20 times so far this year, while Hendon Hooker has been so elusive. The betting line feels a bit off, but Tennessee is playing extremely well right now. If the Vols get through this one, a massive game against Georgia awaits for the SEC East.

The betting odds say it all. Georgia is the dominant team in this matchup and Vegas agrees. Florida will have to scheme against a Bulldog defense that will attack Anthony Richardson in multiple ways. How does Florida’s Billy Napier decide to defend all of the Georgia weapons? He can’t, so his Gators will have to put pressure on Stetson Bennett and try to force him into mistakes. 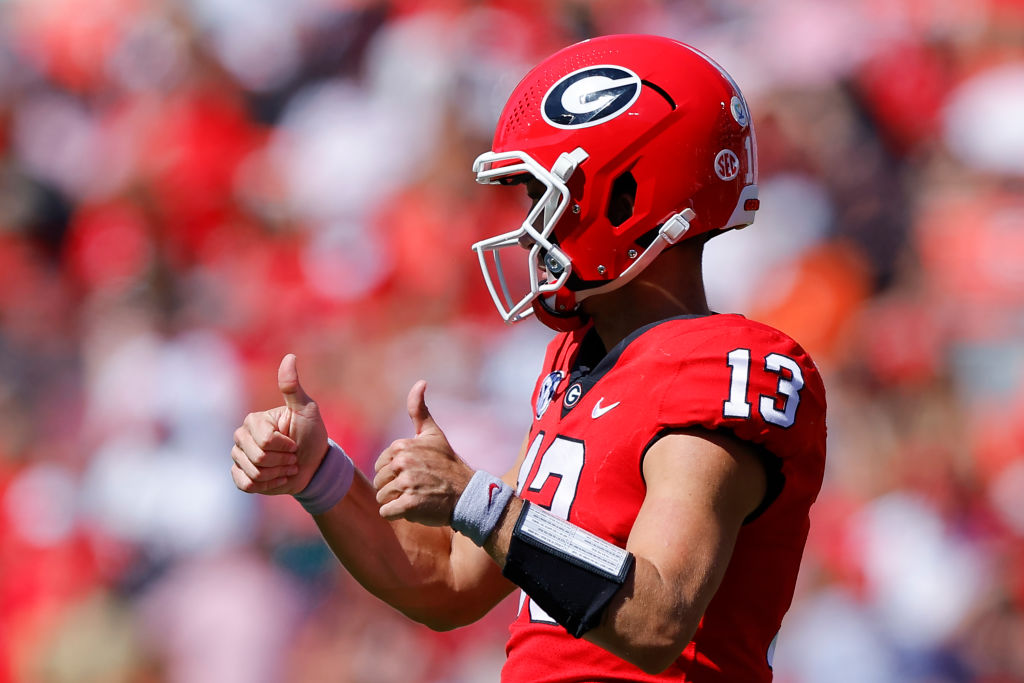 In year’s past, I’d look at this as a trap game for Georgia, but it doesn’t feel as if the Gators can hang with the Bulldogs at the moment. This could turn into one of those games where quarterback Anthony Richardson plays at his best and it’s still not enough. Kirby Smart will look to force Richardson to stay in the pocket, while locking down the secondary.

For Florida to have a chance, they’ll need to establish a rushing attack against this daunting Bulldogs defense. But if the Gators cannot cover TE Brock Bowers or the plethora of Georgia wide receivers, it could get ugly in Jacksonville. I hope this is a good game, but right now it feels like Florida is severely overmatched. The betting line feels right, but continue to watch it during the week.

Two teams coming off losses this past weekend. Ole Miss was humbled at LSU, while Texas A&M was embarrassed by South Carolina. One would have to think the Rebels offense will not fold up shop in the second half against the Aggies, like they did against LSU. But this will depend on the health of certain players on the Rebels offense. One thing is for certain, Lane Kiffin has the better quarterback. 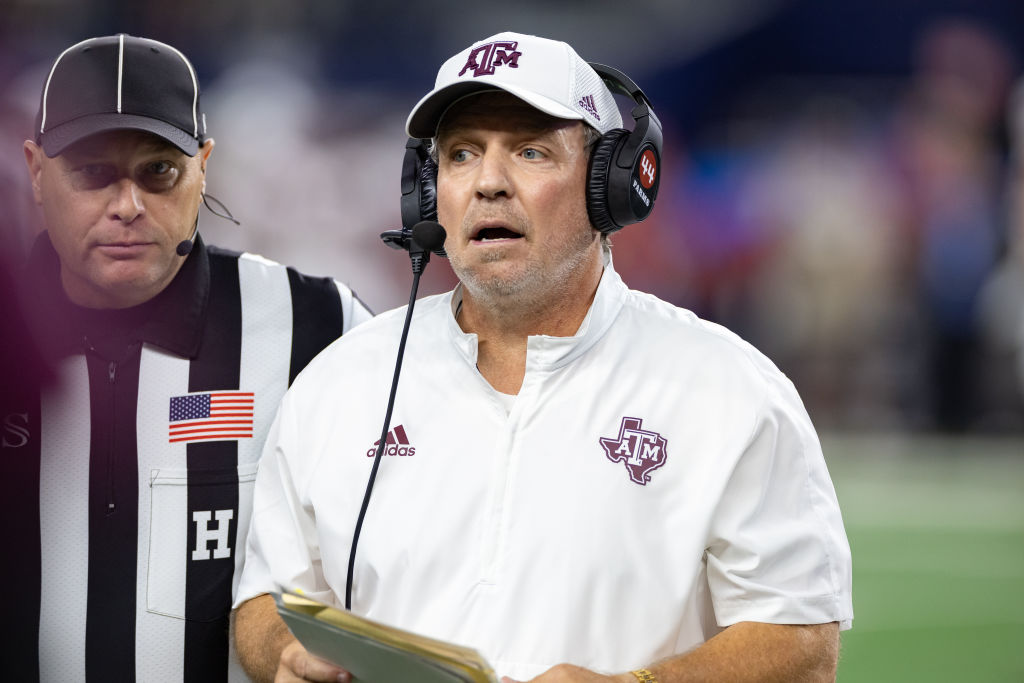 I have no idea what Texas A&M is doing on offense, which seems to be a weekly occurrence. Jimbo Fisher finds himself in rough waters, as his play calling continues to baffle folks. It’s not a pretty scene in College Station, but that won’t stop the Aggies from giving Ole Miss a fight. Lane Kiffin is looking for his team to rebound this week, while Jimbo Fisher is hoping to get a pulse out of his. The line feels right here, for now.

Well, Bryan Harsin has made it to the Arkansas game. The play of quarterback KJ Jefferson will determine how this game goes for the Hogs. If Sam Pittman can get a steady does of Raheim Sanders and Jefferson running the ball, it could be a long day for Auburn. Yes, both teams are coming off a bye-week, so they should at least be fresh. But I am still concerned about what we’ll get from Auburn’s Robby Ashford at the quarterback spot.

Can the Tigers establish a balanced attack on offense with Tank Bigsby running the ball? This will determine if Auburn is in contention for a win, late in the fourth quarter. The Razorbacks scored over 50 points at BYU recently, while the Tigers have lost three straight games. Auburn coaches need to let Robby Ashford try to beat the Razorbacks on the ground, while opening it up down the field. The betting line feels right.

How about those Gamecocks? Winners of four straight games, South Carolina has jumped into the top-25 and are finding ways to win. Against Texas A&M, it was the special teams that got it started, with the offense doing enough to get the win. Thanks to a few late-game stops on defense, the Gamecocks sent the Aggies home with another loss. 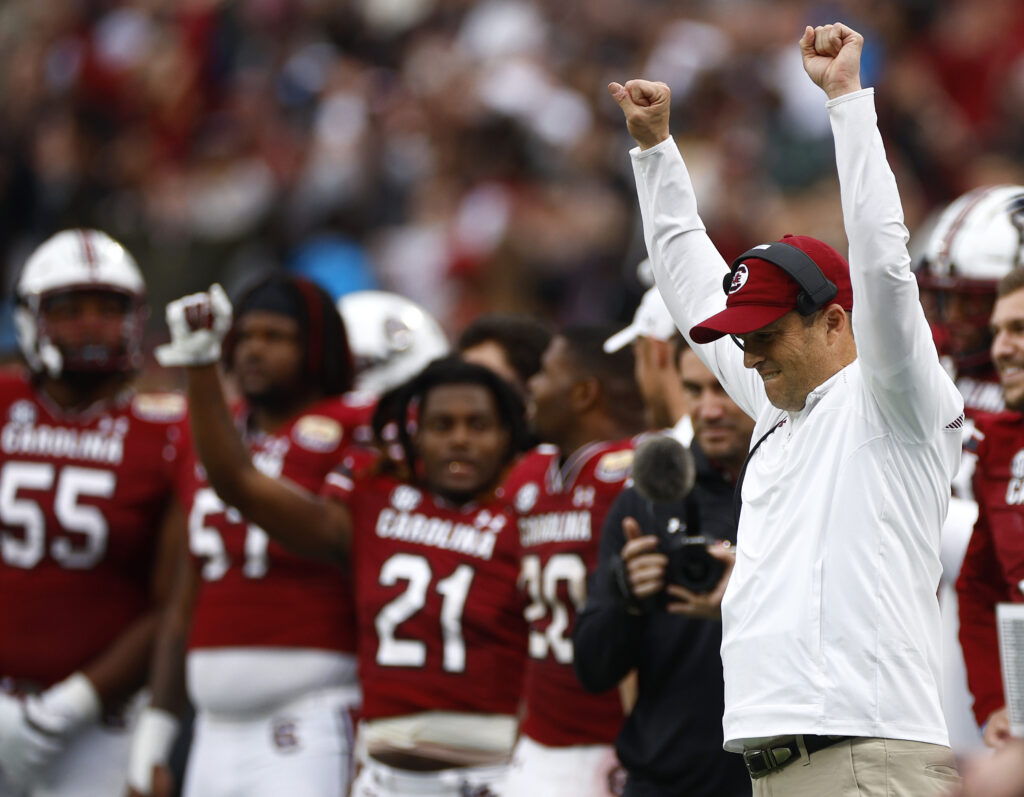 I don’t see the Missouri offense doing anything special, considering they scored 17 points against a pretty bad Vanderbilt team. The Tigers are struggling and Shane Beamer’s team is ready to pounce. The Gamecocks have a chance to become bowl eligible, while the Tigers are riding the struggle bus. Love the betting line here.

Stay tuned to OutKick and Trey Wallace for all the latest news around college football.