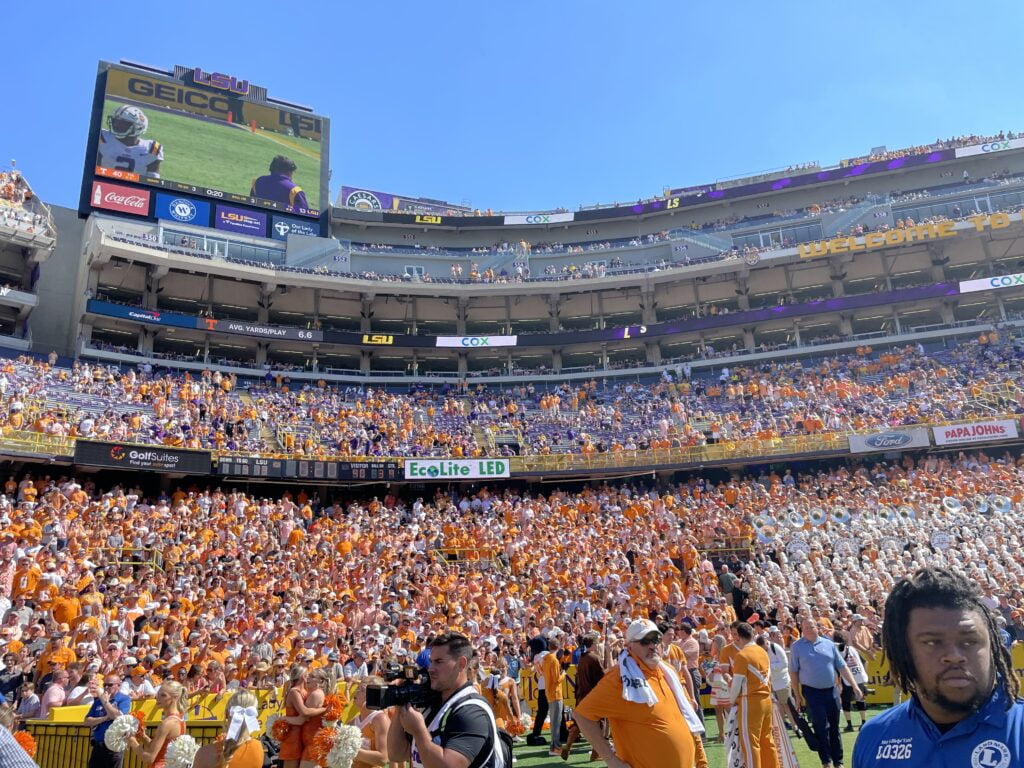 KNOXVILE, Tenn- It doesn’t take much for Tennessee fans to rally for a good cause, which was evident over the last week. UT-Martin offensive lineman AJ Marquez needed help after his family lost their home during Hurricane Ian, which led to a GoFundMe page being setup for the cause.

Just like in the past, Tennessee fans were ready to help out in a big way. After a UT-Martin official started the GoFundMe page last Wednesday, Tennessee athletic director Danny White put out the call to ‘VolTwitter’ to help out in any way.

What started out with a goal of just $1 has now turned into over $85,000 as of this Monday morning. We’ve seen Tennessee fans rise to the occasion in the past for Vols guard Zakai Ziegler. The family home of Ziegler in New York was destroyed due to a fire. Tennessee fans raised over $300,000 for the family.

But for Tennessee fans to rally for an athlete playing for another team shows you how much good they can do when asked.

During the postgame press conference after the loss to Tennessee, AJ Marquez was overwhelmed at the amount of money raised.

“I didn’t find out about it until way later. I checked it that morning and it was around $3,800. I just sent my mom the money. She cried at the money. She was really, really happy. I got a call from Ms. Donnell. I appreciate her, by the way. She called me and goes ‘Have you checked your GoFundMe lately?’. I go, ‘No, I’m going to check it in the morning’ and she said, ‘Go check it.’ I checked it and it was up $18,000.

” It didn’t feel real,” Marquez added. “I felt so overwhelmed and was emotional too because I was like, ‘Where is this coming from?’”

The support from Vol Nation surprised Marquez, mentioning that he was in a dark place during this ordeal. But the acts of kindness from people he didn’t know gave him faith during a very troubling time.

“It’s really shocking. I interviewed with a news guy earlier, and it put light in the dark. I think I’m in a very dark place where you don’t see many kind actions or kind things, so it gave me faith and humanity in a way.”

UT-Martin coach Jason Simpson, whose son is a quarterback at Alabama, was appreciative of how much the State of Tennessee cares during times like these.

“This state has kind of reached out and taken care of him through their tough circumstances, so for everybody that contributed, thank you.”