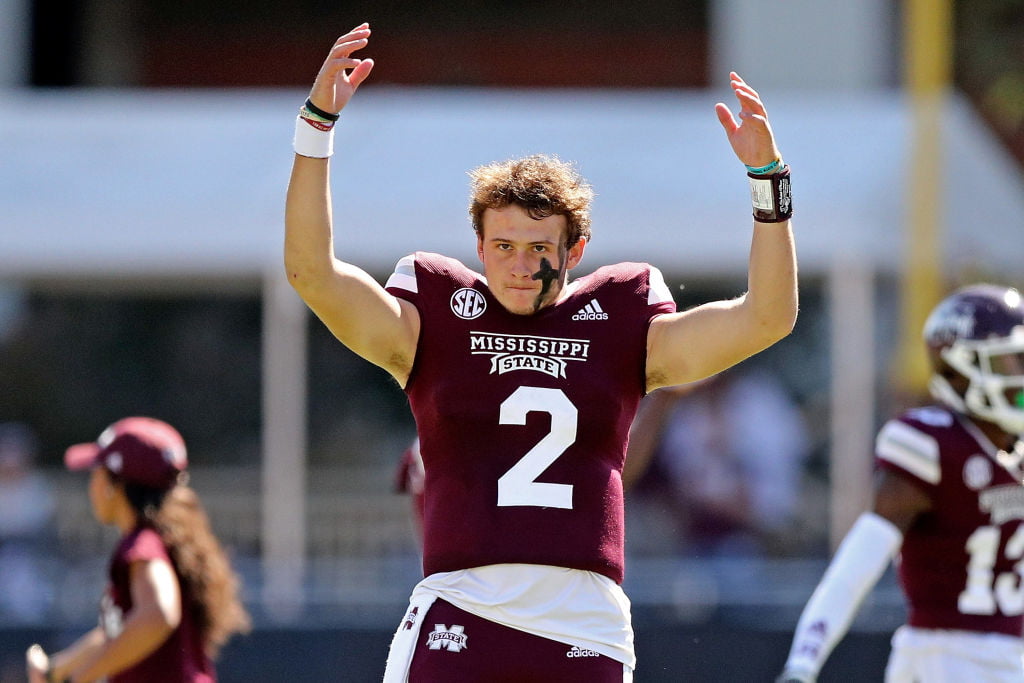 Mississippi State quarterback Will Rogers is a great player and an even better human being. The Mississippi-native proved that to be true, once again, on Saturday night.

Rogers committed to play for Mike Leach in the Class of 2020. He has made starts in all three years since joining the program and has been a crucial part of the Bulldogs’ success.

When Rogers plays well, so does Mississippi State.

Mississippi State quarterback Will Rogers is a special player and person. (Photo by Justin Ford/Getty Images)

In addition, when Rogers plays well, he raises money for charity through a unique NIL deal that donates to Make-A-Wish with every touchdown thrown. It speaks to his character.

As did an incredible moment after the Bulldogs’ loss to the Crimson Tide.

Alabama, coming off of a loss to Tennessee, hosted Mississippi State in Tuscaloosa. The visitors scored just one touchdown, as time expired, after a pass interference call that sent Nick Saban into a frenzy.

Rogers went 30-of-60 for 231 yards in the game and did not throw a touchdown. It was not his best game, but finding the end zone against an angry Crimson Tide side is a tough task and he spent most of the game trying to throw the Bulldogs out of a hole.

Nevertheless, it was a blowout. Rogers and Mississippi State got smacked. Despite the brutal loss, that didn’t stop the star quarterback from going above and beyond as a stand-up guy.

Mississippi State quarterback Will Rogers is one of the good ones.

Following the game, when Rogers could have sulked in the loss and hung his head, an amazing video shows him help an elderly event staffer — for the opposing team that just beat him — up an exit ramp. It was one of those moments that is bigger than sports.

While walking out of the stadium I witnessed @Wrogers__2 offer and help this Alabama event staff member up the exit ramp.

Always proud to watch Will exemplify true leadership, even after a tough week such as this. pic.twitter.com/72WoO7fRdd

Even in defeat, Rogers took a moment to go out of his way and help. He didn’t have to, but that’s just who he is. Pretty awesome.
https://platform.twitter.com/widgets.js