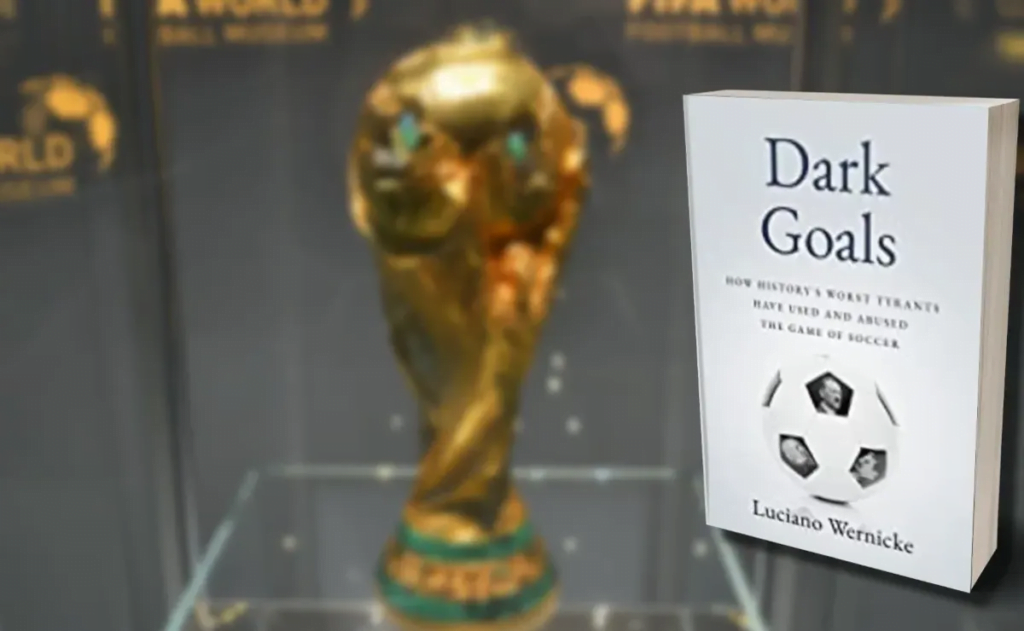 The beautiful game has an ugly side. This is what soccer fans quickly learn as they grow as fans. They learn about match fixing, the violence, the seamy characters and the political manipulation. It is this last one getting full attention as the first November World Cup takes place in Qatar. Just four years prior, turmoil ensued as the World Cup went on in Russia.

As long as the game has had fans, it has been used by people in power for their own gain. Famous cases include the Argentine military government using the games to cover up atrocities. Italy established itself as a power in the sport to raise Mussolini’s profile. Franco helped build some of the game’s greatest clubs in an effort to bring further glory to Spain.

In the book Dark Goals: How History’s Worst Tyrants Have Used and Abused the Game of Soccer, Luciano Wernicke writes an in-depth review of the most high-profile cases of political abuse in soccer. Starting from the first World Cup in Uruguay, Wernicke dives into the most notorious personalities and why they thought soccer would help them sustain power. The book is a frank look at politics that would make Machiavelli intrigued.

Wernicke starts with the most famous cases of Mussolini and Hitler, two monsters of history who had very different views of the sport. Oftentimes, historians see Mussolini as a driving force behind Italy’s unprecedented back-to-back World Cups. Not only did he invest in the project, but his threats warranted pressure to succeed.

An interesting example from the book is that Italy likely manipulated qualifying for the 1934 World Cup trying to swap out Mexico in favor of the United States. Wernicke argues that Italy preferred the Americans because it would create closer economic ties. Plus, it pleased the large Italian-American contingent. Also, it gave Italy a weaker opening opponent. The Mexico-USA qualifier moved to Rome, tiring out both sides further.

The book spans the globe but is strongest in Europe and Argentina. Even though Hitler had little interest and success with soccer, his chapter is one of the longest. Wernicke includes a few chapters on Argentina, including one on the Perons. An interesting inclusion, but not of the same level of cynical manipulation as others. The book ends with some quick hits of various short stories of political manipulation. Oddly, it misses modern day Russia.

This book brings an important history in a World Cup year. This reminds fans that the faults in the present are nothing new. The book has some great stories and researches some of the stories very in-depth while skimming on others. The book is relatively short. Therefore, it is a good primer on the topic. Fans interested in more can turn to David Goldblatt, whose perspective is more comprehensive but Wernicke’s book is fine. I wish it had given me more on other examples throughout the world.