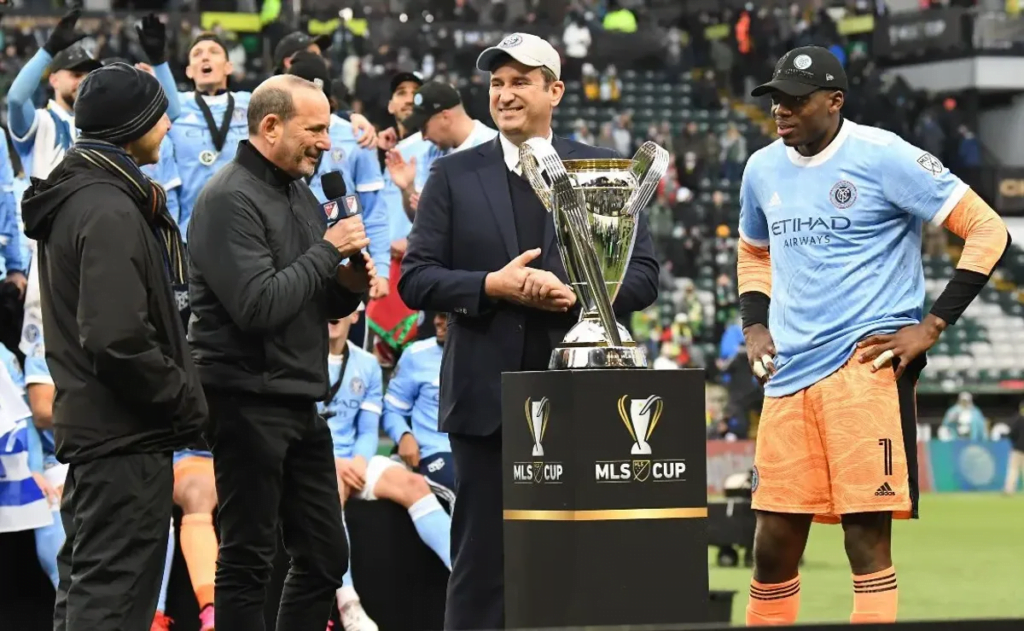 MLS is considering changing its playoffs structure again, according to The Athletic’s Sam Stejskal and Pablo Maurer. The league is looking at expanding the number of playoff games from 13 to 30. Ultimately, the MLS plan is for the playoffs to be a World Cup-style format.

This idea to expand the playoffs comes after the league just shortened the postseason. Previously, MLS used two-leg ties with the away goals rule in effect. It eliminated that in favor of one-off fixtures. Therefore, shrinking, then expanding the competition soon after, is silly and a waste of time.

MLS must understand it is creating fixture congestion in the worst way. This disrespects other tournaments managed by US Soccer, CONCACAF and FIFA.

MLS has already chopped off a month of league matches to have its precious Leagues Cup with Liga MX. Each league forced CONCACAF to recognize the competition, providing three CONCACAF Champions League spots. Meanwhile, MLS continues to ignore the US Open Cup, and it waters down the rosters for the US and Canadian men’s national teams.

MLS is doing way too much to tinker with its playoff structure. The regular season, the main part of the campaign, grows increasingly meaningless. Perhaps this idea is trying to save the national broadcast deals with ESPN, FOX and Univision? After all, Apple TV has every single game for the next 10 years, so what incentive is there for ESPN, FOX or Univision to spend big on MLS in 2023 and beyond?

As of right now, there hasn’t been an announcement of a new deal between the MLS and their national broadcast partners. But, MLS needs to think fast and not make that move to change the current playoff structure.

The risks for MLS in modifying playoff structure

MLS Commissioner Don Garber and the league must understand the risks of this potential playoff expansion. This harms the game, and it harms the players. MLS already has too many teams in the first division playing in the regular season. This makes the postseason easier to clinch than ever before. Qualification streaks and the diminish.

Other sports leagues in the United States suffered playoff expansion over recent years. The most-discussed one is in Major League Baseball, where three division winners and three wild card teams per league qualify. In total, baseball has 12 playoff teams now. The spotlight is brighter. However, it makes divisional races meaningless. The Atlanta Braves and Los Angeles Dodgers both won their divisions. They both lost to rivals within their division in the National league Divisional Series, the Philadelphia Phillies and San Diego Padres.

Don Garber and all the league’s owners must reconsider changing the playoffs. The MLS playoff structure, as it stands, is fine. Other modifications risk fixture congestion and over-exhaustion of the players. Plus, increased games could lead to more injuries and an overall dip in quality of the league.