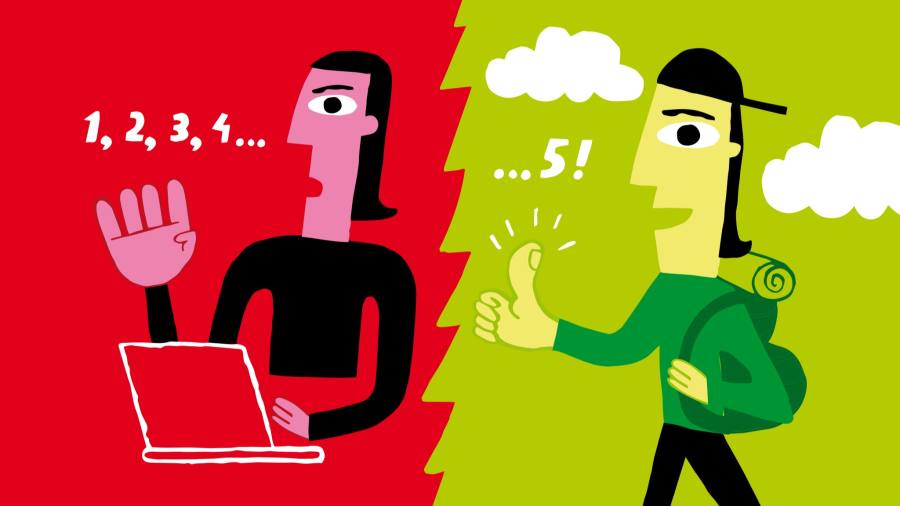 First it was working from home. Now it is the four-day working week that is shaking business life in ways that would have seemed unthinkable before Covid-19.

At least, that is what you might think from the headlines of the past few weeks. Last Tuesday it was The Landmark London, a swish hotel in Marylebone, which said it was offering a four-day week, on higher pay, to its chefs.

The day before that, a British division of Japan’s Canon camera company said it was considering a four-day week pilot for its 140-odd staff and UK think tanks said they were recruiting companies for a six-month trial of the concept.

Less than two weeks earlier, Canon’s Japanese rival, Panasonic, revealed plans to offer its staff a four-day option to improve their work-life balance. And before that, a shorter week was being tested, planned or launched everywhere from the UK’s Atom Bank to Unilever’s New Zealand offices, Iceland, Spain and the United Arab Emirates.

But four-day fans should hold the champagne because new UK research reveals that, as things stand, the four-day working week is a long way from being rampant.

Just 7 per cent of managers have launched it, or have decided to do so, according to Be The Business, a British non-profit group set up to foster productivity.

That is up slightly from 5 per cent in February last year, when the group last surveyed directors across the country from small and medium-sized companies, and the share who say they are thinking about it has also gone up, from 17 to 20 per cent.

Nearly half of those without a shorter week say they are more likely to consider the concept than they were before the pandemic, but almost 30 per cent say they would never consider it.

These findings chime with those from another survey of UK managers from mostly larger businesses that the Chartered Management Institute commissioned this month.

Only 6 per cent of them had a four-day week and although more than half said their organisation was actively considering the idea, or would do so, a striking 73 per cent said they thought it very unlikely it would be adopted.

Intuitively, it still seems hard to imagine how shifting to a four-day week benefits a business . . . But intuition can be flawed

That is despite the fact that large majorities thought a four-day week would boost productivity while making employees happier and easier to retain.

Yet I suspect it will not be long before the four-day week begins to canter rather than creep. Why? Because younger managers are a lot more interested in the idea than the older leaders they are on track to replace.

Nearly 80 per cent of senior managers under the age of 35 liked the thought of adopting a four-day week compared with 56 per cent of those aged 55 or older, the Chartered Management Institute data showed.

That age gap was also evident in the Be The Business research, which also showed female bosses were slightly keener on the shorter week than men: 64 per cent versus 57 per cent.

It has certainly worked well for Rachel Garrett, the 40-year-old managing director of CMG Technologies, a highly specialised metal injection moulding business in Suffolk. The company moved its 30-odd staff to a four-day week in 2015, with no cut in pay, in the hope it would keep them contented.

“For us, retaining staff and keeping staff happy is critical,” Garrett told me last week, adding turnover had increased by 25 per cent since the shorter week began, while profits had jumped 200 per cent.

She does not think the four-day week is entirely responsible for this, but believes it has had a significant influence.

Intuitively, it still seems hard to imagine how shifting to a four-day week benefits a business, despite the growing number of case studies suggesting it can. But intuition can be flawed.

The once bold idea of a weekend arose after the Industrial Revolution ushered in frenzied factory work that left workers in a state of always-on exhaustion. As British policy analyst, James Plunkett, recounts in his book, End State, progressive employers found shorter hours energised workers, whose hourly productivity and overall output rose.

Perhaps it is not so hard to imagine that workers burnt out by today’s revolution in technology might be more productive if the two-day weekend stretched to three.

625 thoughts on “Get ready for the four-day working week”