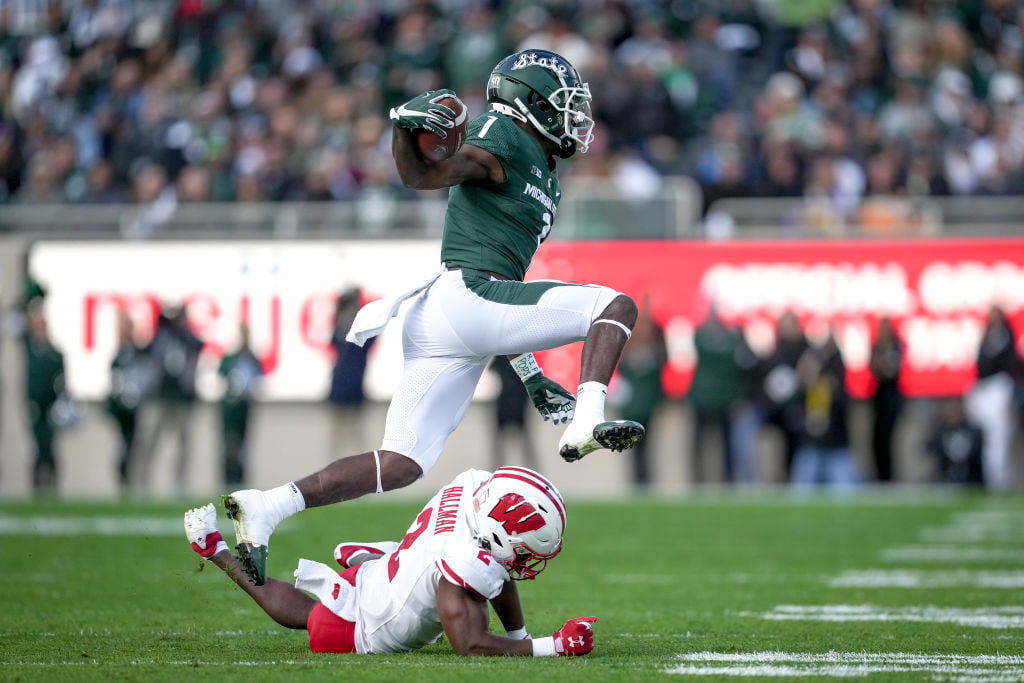 When I worked at ESPN, there was something that was meant to be avoided at all costs. It was called “ESPN on ESPN crime.” It meant that ESPN personalities should avoid going after one another. And, here at OutKick, I’ve previously not encountered a situation where “OutKick on OutKick crime” would occur. But that all changed on Saturday when OutKick writer and Wisconsin homer David Hookstead penned an article titled, “Jim Leonhard Has Wisconsin Looking Impressive, And That Should Terrify The Big Ten.”

So, a few things here. First, I went to Penn State (We Are). Yes, I am a Penn State football fan. You might think that should disqualify me from this counterargument but I would say it makes me uniquely qualified. I called Penn State football games on student radio and hosted a show called “The SportsBlitz” on the same station (shoutout The Lion 90.7 FM).

Why do I bring that up? To make one important point: in the four years that I hosted a radio show that pretty much solely focused on Penn State football, do you know how many times Wisconsin football was brought up? Zero. Michigan? Nearly every day. Ohio State? Nearly every day. Michigan State? Not every day, but not zero.

As far as the rest of the Big Ten is concerned, there are essentially four teams in the conference. Those teams, as you could guess, are Ohio State, Michigan, Penn State and Michigan State. Penn State wishes it were Ohio State — hard to admit, but true — and Michigan State wishes it were Michigan, as far as football success is concerned. No one wishes they were Wisconsin.

Well, maybe Purdue. But literally no one cares about Purdue.

Wisconsin has had some good seasons, but that’s because they play in the Big Ten West. The Big Ten West is the same reason that Minnesota, PJ Fleck and “Row the Boat” was cool for a hot minute. There’s no real competition in that division, and mediocre teams can win division titles.

Despite basically a free pass to the Big Ten Championship Game every season, Wisconsin hasn’t won a conference title in 10 years. Why? Because the champion has come from the East in every season since 2013. And I’ll go out on a major limb and say that’ll be the case again this season.

Wisconsin football is not in the same class as other Big Ten schools Ohio State, Michigan, Penn State or Michigan State, but they desperately want to be. (Photo by Nic Antaya/Getty Images)

Wisconsin did win three straight Big Ten championships from 2010-12 (co-champions with Michigan State in 2010). That’s good, right? Well, they went on to lose the Rose Bowl in all three seasons. And those are the only three conference championships the Badgers have won IN THIS CENTURY.

Hookstead makes the case that Wisconsin was bad under Paul Chryst (they were) but that they’re better under interim coach Jim Leonhard (they aren’t). The Badgers canned Chryst following a loss to Illinois, which dropped them to 2-3. Leonhard stepped in and they pummeled traditional powerhouse Northwestern, 42-7. You can see why David is so excited, right?

Then, they proceeded to lose in overtime to unranked 3-4 Michigan State. Ouch.

But that’s OK! Because on Saturday, they absolutely took it to unranked Purdue!

To be fair to Purdue, the Boilermakers had won four straight games entering that contest. They had some huge victories over FAU, Minnesota, Maryland and Nebraska (by a combined 20 points).

The Nebraska win was especially great, considering they fired their coach, too, and Purdue was able to hang on to win by six points at home. Riveting stuff.

Wisconsin is a middle-class football program. They’re like that middle-class family who maxes out their credit cards to wear name-brand clothes, drive fancy cars and live in a big house they can’t afford.

They want so badly to be part of the upper class. But they aren’t. And everyone knows it.

Even them — no matter how hard they pretend they don’t.