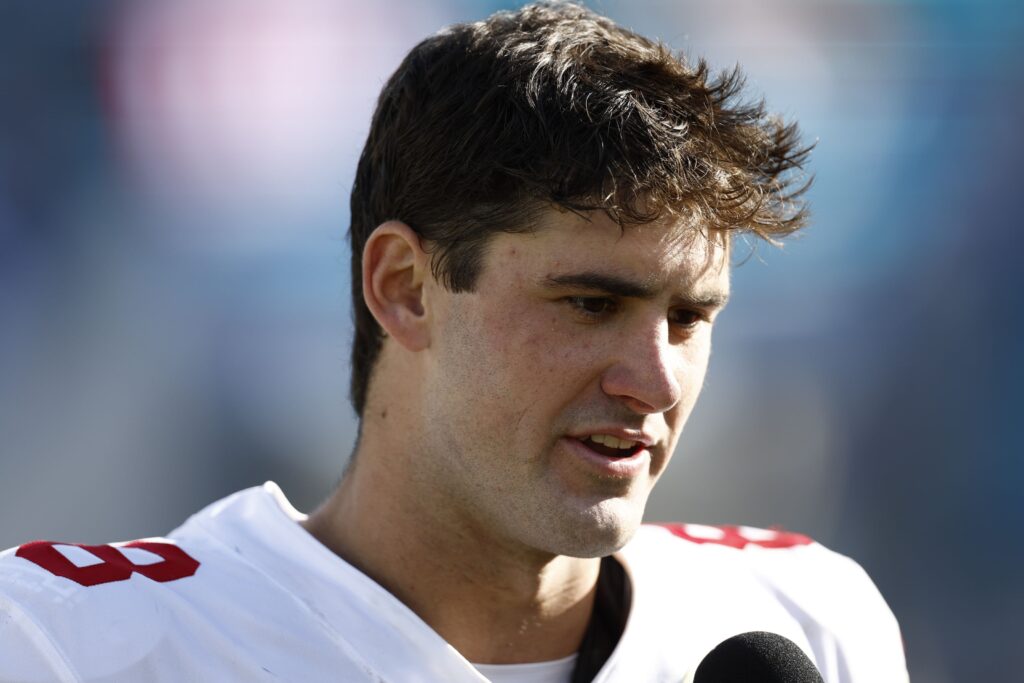 Week 8 of the NFL season is here, and so is another week of DraftKings lineups. From a sleeper quarterback to high-floor receivers, here is Week 8’s lineup.

Setting a DraftKings lineup can be tough. Balancing a player’s skillset versus their value in price is essential in picking a winning lineup. With limited money to spend, you’ll have to hit on a few sleepers to win big. Let’s get into this week’s DraftKings lineup.

Daniel Jones, this year’s overall QB9, has been a sneakily reliable fantasy option for those who have been hurting at the position. He’s not going to give you Lamar Jackson or Jalen Hurts-type production, but he has that rushing ability that has proven to be a fantasy asset.

This week, Jones should be in line for a big week against a Seattle defense that has allowed the 10th-most fantasy points per game to the position and has often found itself in higher-scoring games. Jones was the QB3 last week — showing you the potential that he has. Let’s bank on that upside again in what could become a shootout.